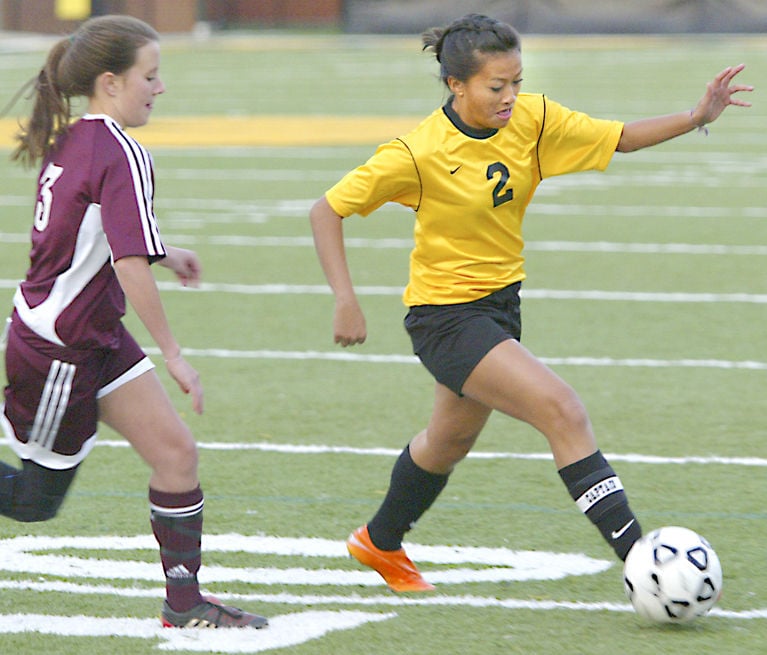 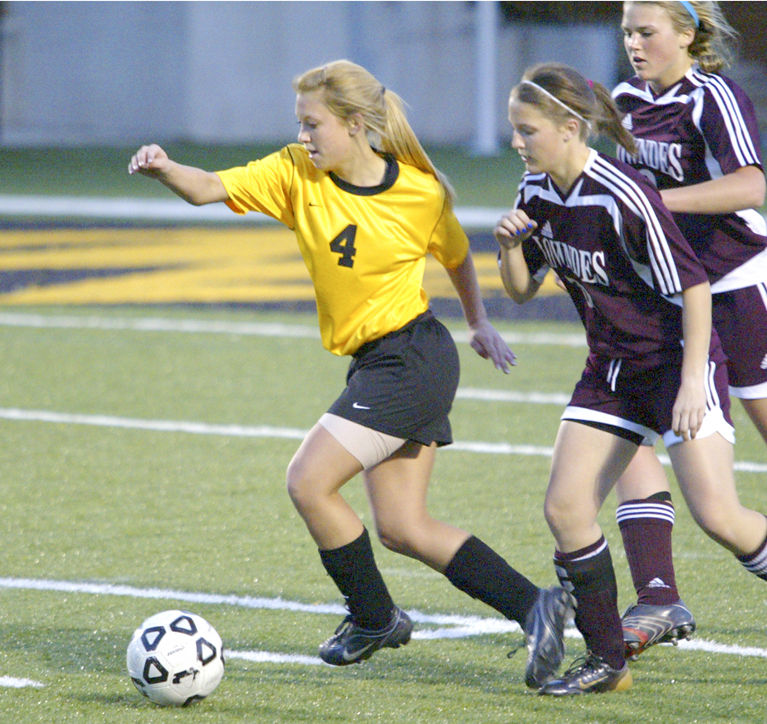 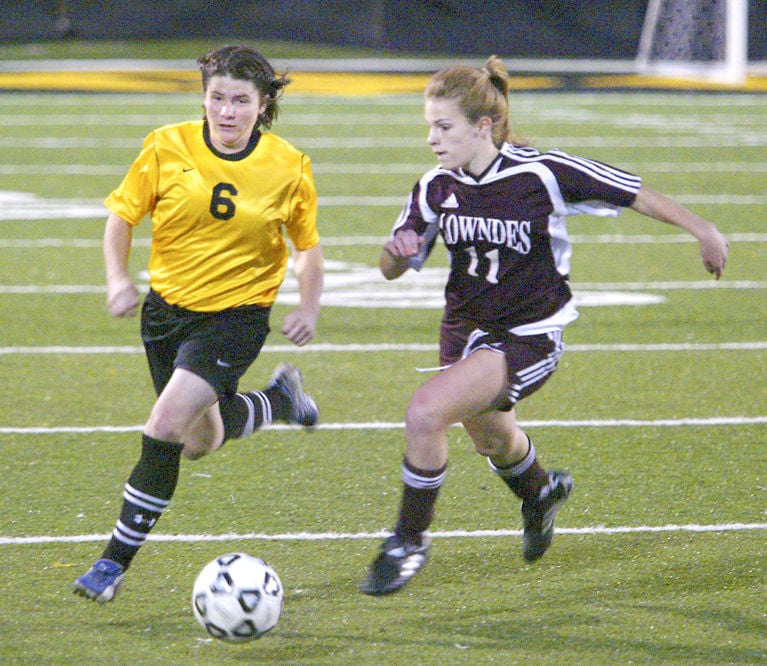 VALDOSTA – In the first matchup between the Winnersville rivals on the soccer field this season, the Valdosta Lady Wildcats pulled off a streak-breaking win, while the Lowndes Vikings controlled the Wildcats in the boys game. The Lady Wildcats won 1-0, and the Vikings won 5-0. In the girls game, it took 77 minutes, but the ball finally bounced the Lady Wildcats’ way. For the first time in the history of the Valdosta High girls soccer program, they finally broke through and beat the Vikettes. With 3:03 left to play, Valdosta’s Jordan Theis scored the winning goal on a rebound shot just a few feet in front of the goal. “It was the best game we’ve had so far this season,” Valdosta head coach Chris Chastain said. “We changed some things up at the end of the game, and put pressure on them, with Kay at forward, and it worked.” On Valdosta’s best offensive push of the night, team captain Kay Blevins made the great cross pass to Theis for the shot. Lowndes goalie Molly Broussard looked to have made a good save on a high shot, but it wasn’t the case. The ball bounced off Broussard’s hand, then off the crossbar, then right to Theis for the game-winning goal. In the first half, both teams struggled to get going offensively, as the Vikettes and Lady Wildcats combined for just three shots on goal and just one save. Lowndes had just one shot on goal and the lone save, by junior Raven Statum. “They played good out there tonight. The defense was outstanding,” Chastain said. “Katherine Kirkpatrick was at stopper, and she was the player of the game for us, in my opinion. “Between Katherine and Kay, they won the game for us tonight.” For Valdosta, they weren’t just rewarded with their first win of the season. Coach Chastain was also awarded with a new haircut following the game. “I told them if they beat Lowndes at home they could shave my head. But they decided on a mohawk instead,” Chastain said. Lowndes’ Noe’ Matthews nearly got the scoring started in the first minute of the game, with a cross in front of Valdosta’s goal. But the pass went long, and the Vikettes were unable to convert. Valdosta (1-5, 1-2) answered back with a free kick from 25 yards out by Blevins, but the shot was easily saved by Statum. The Lady Wildcats’ other shot on goal came on another free kick with 23:32 left in the half. Briana Kigore took the kick and made a tight pass to Theis rushing the goal, but Theis kicked the ball just left of the goal. With little offense and little pressure from either team, the score at the half was knotted up at 0-0. In the second half, it was more of the same for the first 16 minutes. But then the Vikettes’ offense started to show signs of life. With 26:01 left to play, freshman Samantha Wilmot took a shot on goal that just missed wide right. Three minutes later, forward Staci Simmons missed high on a lobbed shot. The Lady Wildcats took the ensuing kick downfield, but Kigore was unable to get a shot off near the Lowndes goal. Mathews then had two consecutive shots over the next eight minutes for Lowndes, but both just missed. Her last shot came on a breakaway. With pressure from behind, she put the shot up from just outside the goal box, but it sailed just over the crossbar. Valdosta answered back again with their second-best offensive push of the night. Blevins got things started with a sprint and long pass to Theis. In full sprint, Theis crossed back to Blevins right in front of the goal, but Blevins missed the opportunity with pressure on, and Broussard was able to clear the ball. Lowndes finished with five shots on goal and two saves, while Valdosta had three shots on goal and one save. Lowndes 5, Valdosta 0 In the boys game, the Vikings proved to have the more explosive offense, winning the game 5-0. The Vikings wasted no time getting the scoring started, with two goals in the first half. The first goal of the night came with 12:57 to play in the first half. Lowndes’ Juan Sarabia drove to the left side of the goal, dribbled past two Wildcat defenders and put the shot in the right side of the goal. Just three minutes later, the Vikings made it a 2-0 game with an Anthony Shull goal. Shull took a long pass past a Valdosta defender and put the shot right at Valdosta goalie Bryce France. France misplayed the ball, and it slipped through his hands and into the goal. With 4:13 left in the first half, Sarabia scored his second goal of the night for Lowndes. Sarabia was able to get the ball away from a pair of VHS defenders in front of their own goal and put the shot in the upper-left side of the goal from about 10 yards out. Lowndes had eight shots on goal, compared to Valdosta’s six, in the first half. France had three saves and the Vikings’ Ryan Bright had four saves. The Vikings pushed the lead to 4-0 with 27:59 left in the game with a deep shot from senior Phillip Jenkins. With both teams in front of the VHS goal, Jenkins took the deep rebound and put a shot through France’s hands from 25 yards out. With 18:58 to play, the Vikings made it a five-point game on a Luke Galloway goal. Galloway took a great cross-pass from Michael Wilmot, and from 15 yards out, scored in the bottom left corner. The Wildcats finally had their first shot on goal of the second half with 16:34 to play, as Derrick Bahnsen streaked down the field, but his shot went wide right. Lowndes ended the second half with 10 shots on goal, to Valdosta’s one. France had two saves in the half for Valdosta.