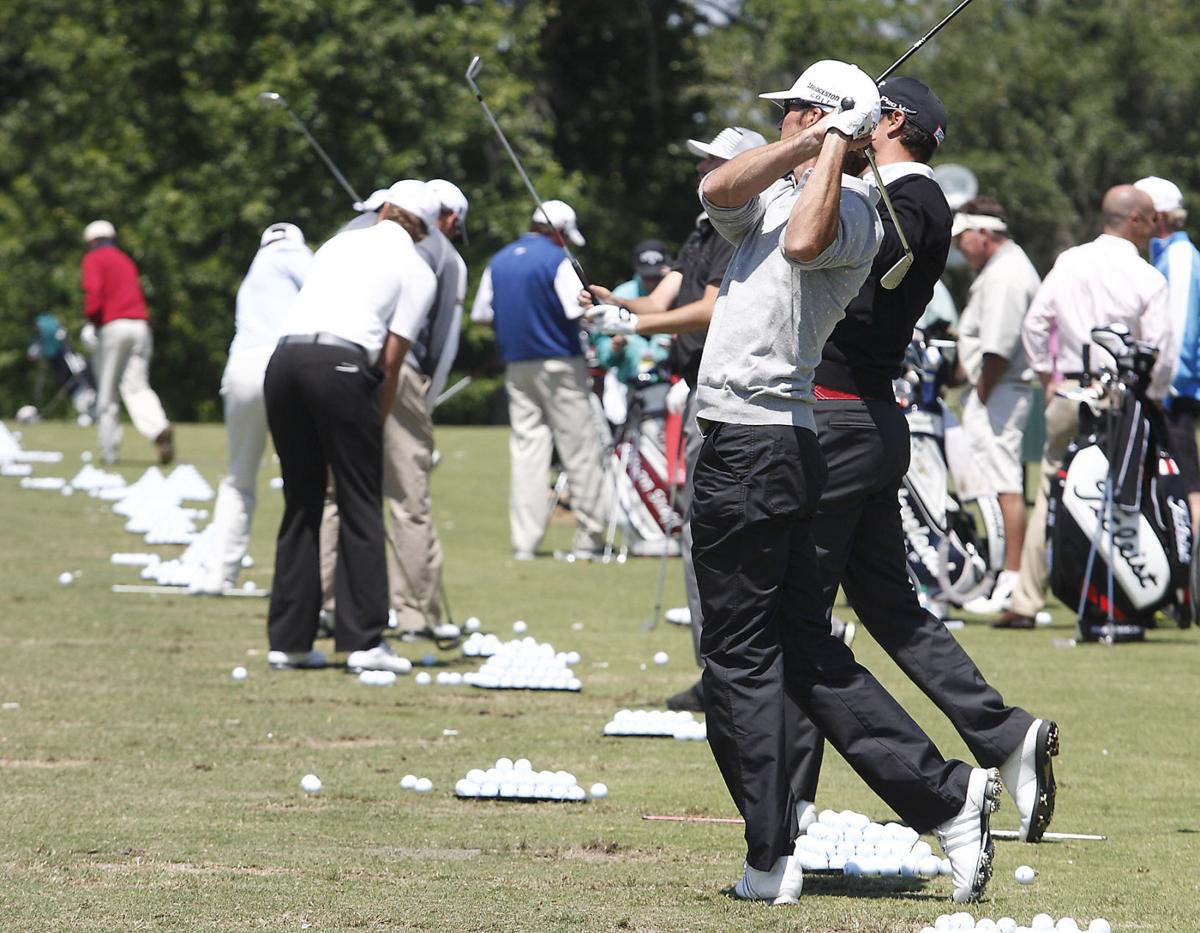 The practice range was crowded on Tuesday, as Nationwide Tour golfers prepared for the South Georgia Classic. 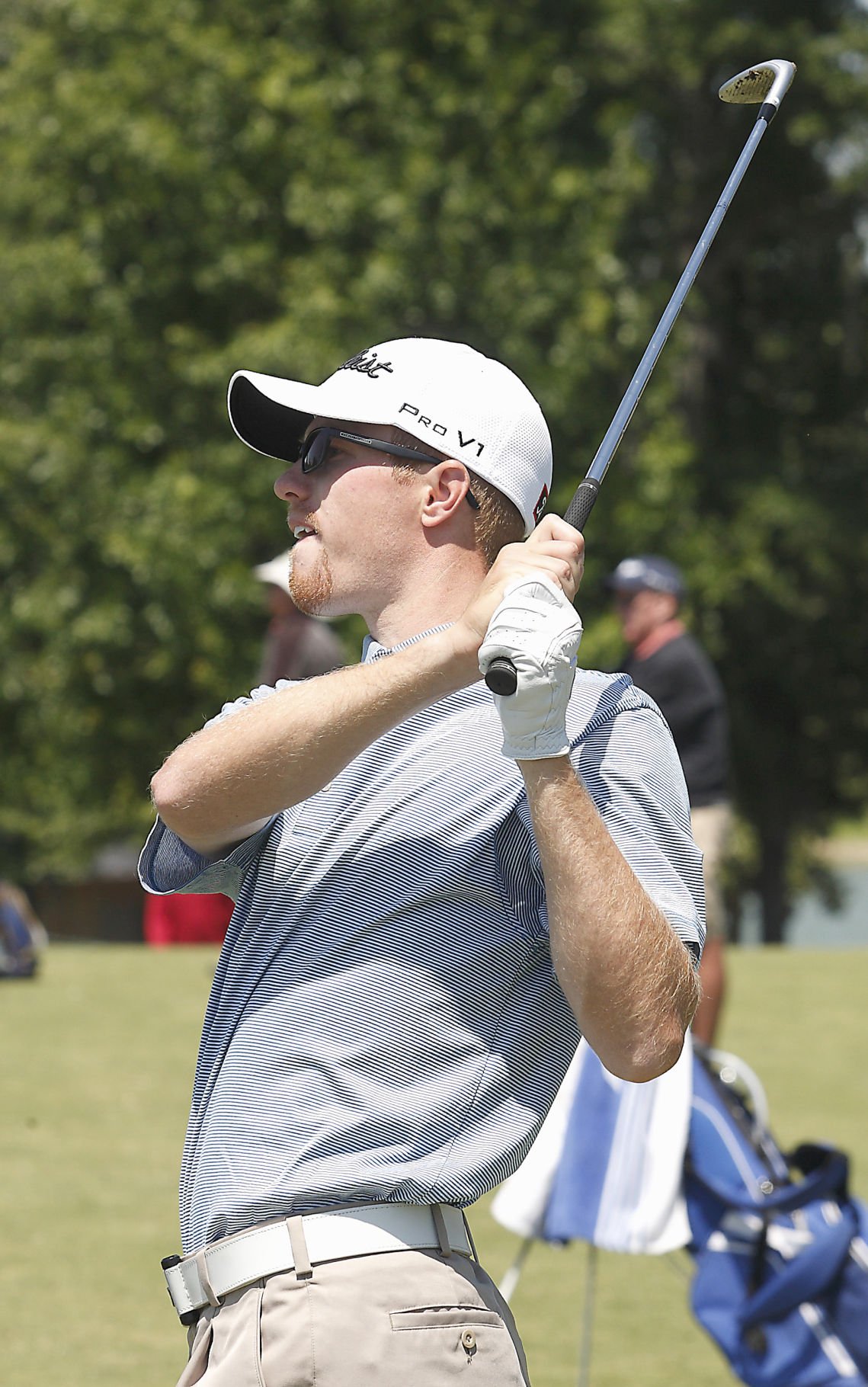 Pro golfer Josh Brock watches his ball while at the practice range at Kinderlou Forest Golf Club on Tuesday. 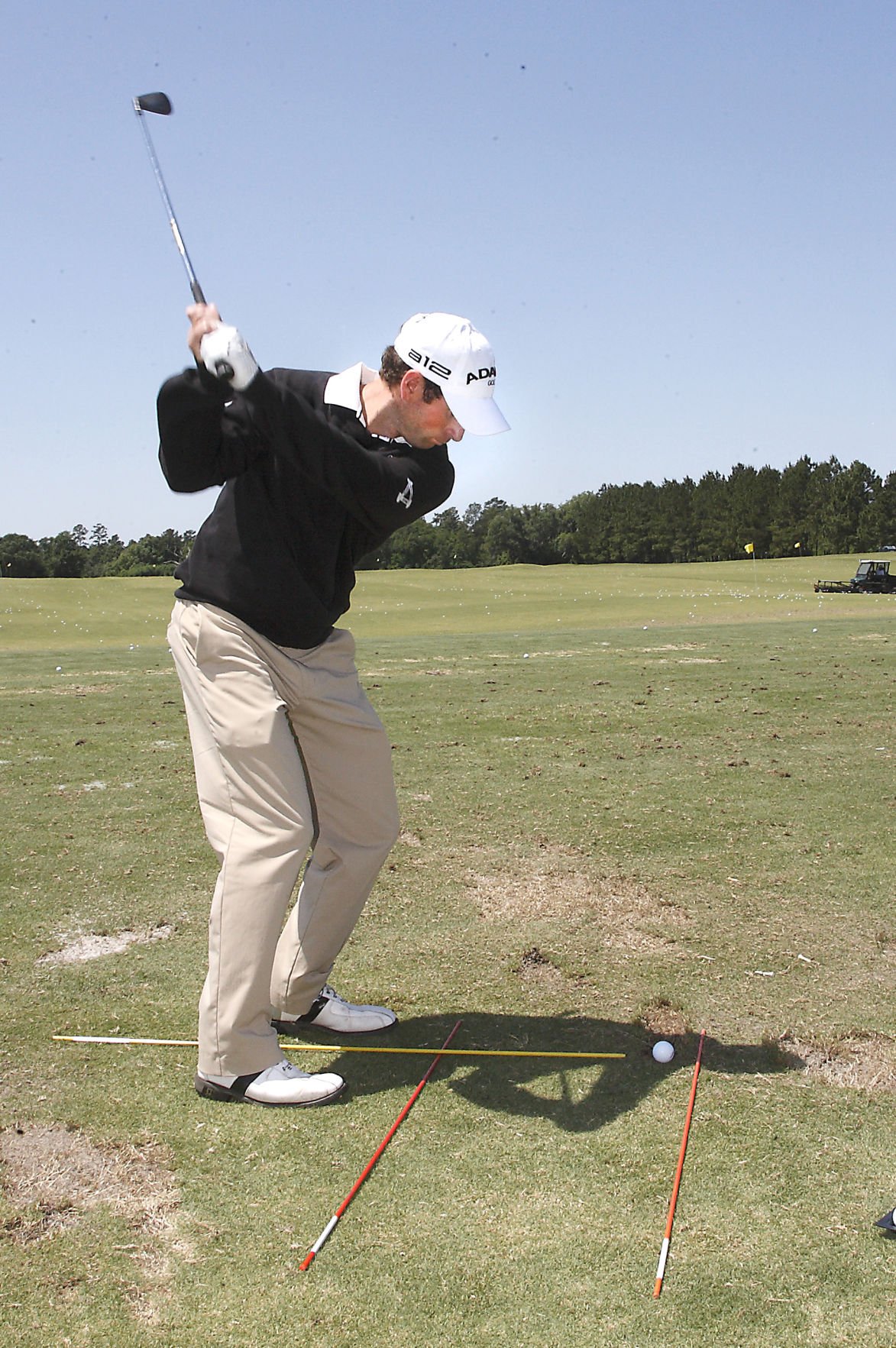 Nationwide Tour golfer Lee Williams practice his technique with a 7 iron while on the practice range at Kinderlou Forest on Tuesday. 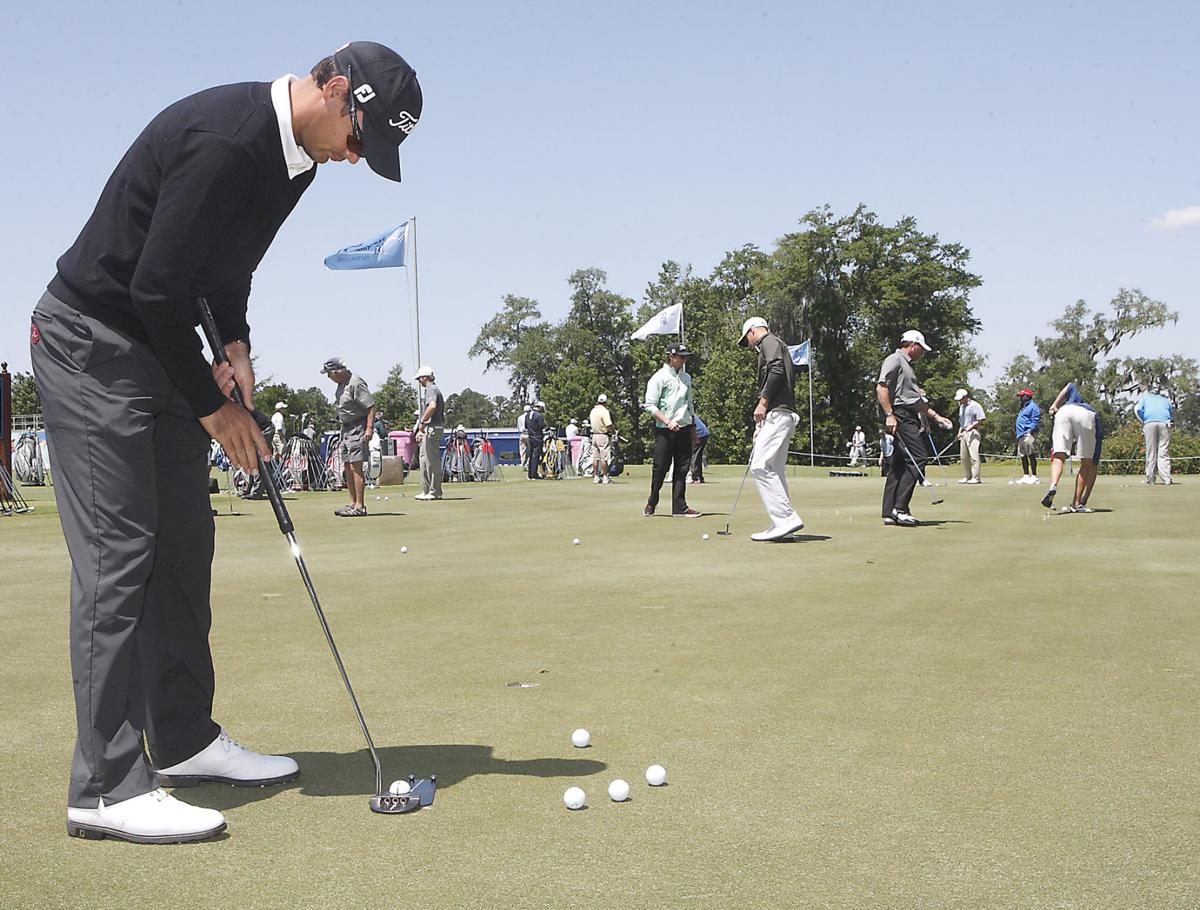 The practice range was crowded on Tuesday, as Nationwide Tour golfers prepared for the South Georgia Classic.

Pro golfer Josh Brock watches his ball while at the practice range at Kinderlou Forest Golf Club on Tuesday.

Nationwide Tour golfer Lee Williams practice his technique with a 7 iron while on the practice range at Kinderlou Forest on Tuesday.

From working on the putting green, driving range and playing 18 practice holes, the participants in this year’s South Georgia Classic presented by First State Bank and Trust Company were busy preparing for tournament play on Tuesday.

With improved weather conditions, which features warmer temperatures and lighter winds, players were able to take to the course for practice rounds while being able to work with their caddies on the practice range.

For many, the biggest obstacle of the day was learning the course layout of Kinderlou Forest Golf Club, which is one of the longest courses on the schedule this season.

“I don’t know much,” said Tyrone Van Aswegen, who is currently one spot outside of the Tour’s ‘The 25’ list. “Just, the course is demanding off the tee, it is a lot of drivers.”

Several contenders for this year’s Classic were out on the course Tuesday, including Alex Aragon, who won the most recent event on the Nationwide Tour schedule — the TPC Stonebrae — two weeks ago. With the win, Aragon is now ranked fourth on ‘The 25’ list.

Aragon admitted he played little golf during the off week for the Nationwide Tour, saying the time away from the game let him enjoy his only career victory.

“I didn’t do a whole lot of golf last week, to be honest, I didn’t do any golf,” Aragon said. “But it was great. I’m really glad I had the week off to enjoy it and let it all soak in and get ready for what is ahead the rest of the year.”

Aragon came into the week with limited knowledge of Kinderlou Forest, having played just two rounds before missing the cut in 2009; but he was able to find out more about the course during an afternoon practice round on Tuesday.

“I don’t know much about it,” Aragon said. “I just know it is really long. I just try to see where the bailout areas are and where you definitely don’t want to be, and just try to get comfortable with the firmness of the greens.”

A common theme among players that spoke with media on Tuesday was the length of the course, and the courses overall landscape and condition.

“It is a big course, it is long, it is really good,” said Andy Pope, who missed the cut in his only start at the South Georgia Classic. “Conditions are awesome and the greens are really good.”

As for how to approach a long course like Kinderlou, the first step is to put the ball in the fairway off the tee, says Pope.

“It is a big key, if you put it in the rough it will be hard to get it to the green,” added Pope.

Players were able to walk the course and play as many holes in a practice round as preferred. Many took full advantage and played all 18 holes, while others played just nine. The biggest factor was whether a player participated in Monday’s pro-am, or if they will participate in today’s pro-am, which has morning and afternoon tee-times.

In its five years, the Classic has provided fans with five different winners, and five different runner-ups, making this week’s event wide-open to all players in the field. In its history, every winner has been within four strokes of the leader following the second round, making it important for players to be up high on the leaderboard early in the tournament.

“Obviously, you would like to be somewhere near the top of the field,” Pope said. “But, anything that gets you to the weekend is nice. You want to be a couple shots back and be able to make a charge on Saturday and then let the pieces fall on Sunday. As long as you are feel you are playing good, the scores will fall themselves.”

The Times will provide coverage of the South Georgia Classic throughout the week. For up-to-date scoring of each round, follow Ed Hooper on Twitter at @ed_hooper.