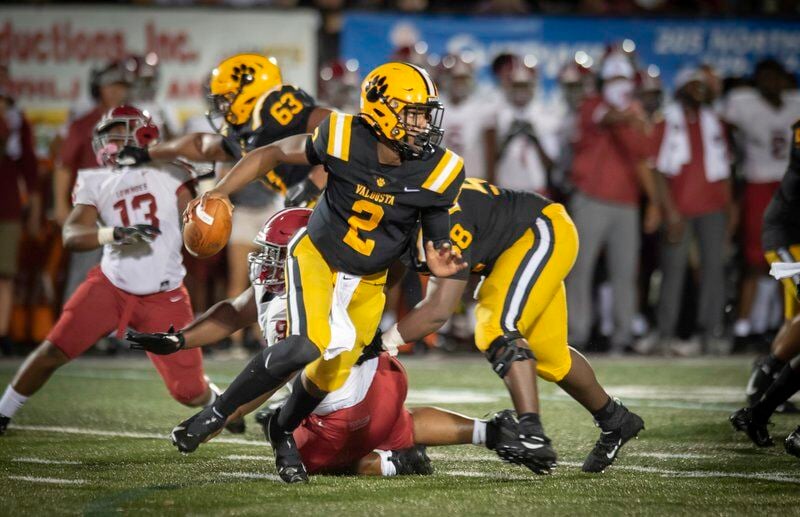 Dave Sundin | Special to the TimesValdosta's Amari Jones scrambles during the 2020 Winnersville Classic. 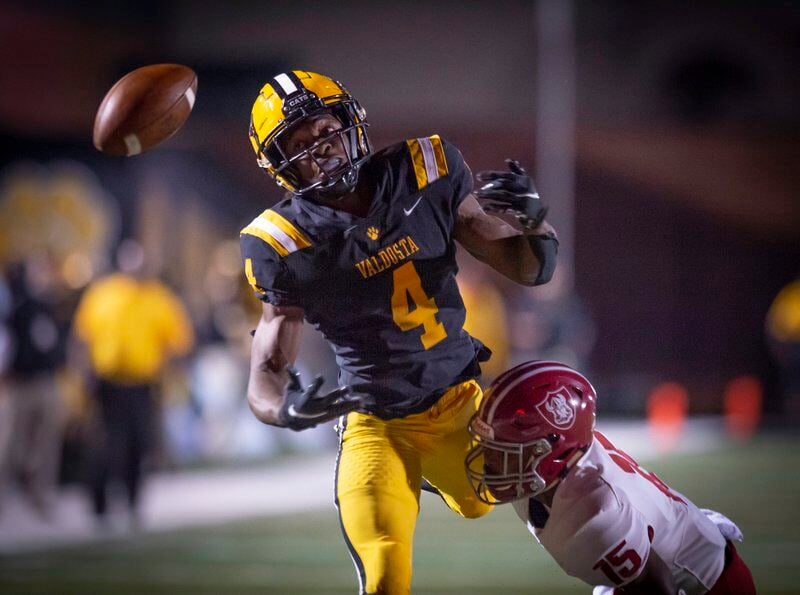 Dave Sundin | Special to the TimesAalah Brown drops a pass during the first half of the Winnersville Classic against Lowndes. 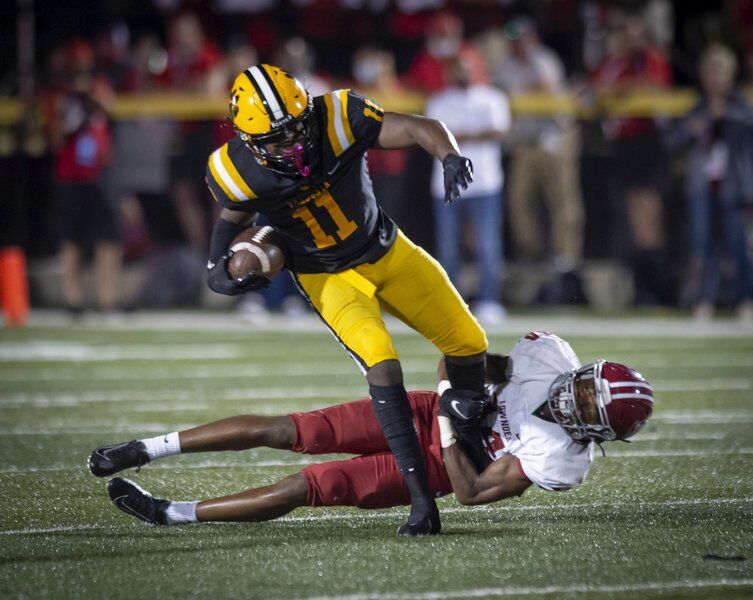 Dave Sundin | Special to the TimesValdosta's Tajh Sanders is tackled by a Lowndes player during the 2020 Winnersville Classic.

Dave Sundin | Special to the TimesValdosta's Amari Jones scrambles during the 2020 Winnersville Classic.

Dave Sundin | Special to the TimesAalah Brown drops a pass during the first half of the Winnersville Classic against Lowndes.

Dave Sundin | Special to the TimesValdosta's Tajh Sanders is tackled by a Lowndes player during the 2020 Winnersville Classic.

VALDOSTA—For a moment, it seemed like Valdosta’s late surge would result in a victory in the WInnersville Classic.

But two fourth quarter touchdowns by Lowndes’ Jacurri Brown dashed that dream, and the Wildcats suffered the fourth consecutive loss against the Vikings, 33-21.

Trailing by five points in the fourth quarter, the Wildcats had Lowndes in third-and-short with a chance to get the ball back to Valdosta’s offense.

Brown exploded past the line-of-scrimmage, made the safety miss in open field and outran everyone else for his third touchdown of the night.

It was they type of play that seemed like the nail in the coffin. However, thanks to a 33-yard pass to Javonte Sherman that setup a 33-yard touchdown reception by Nevin Spivey, the Wildcats were still in the contest.

But, Brown did it again.

This time, he broke a 64-yard run with less than a minute remaining in the game.

That was the back-breaker for the Wildcats.

It tuned a five point contest into a game that was simply out of reach for Valdosta.

On the next possession quarterback Amari Jones threw an interception to Lowndes’ Tylar Belcher, effectively ending the game.

“We were embarrassed how it finished at Colquitt in the fourth quarter—we wanted to make a statement,” Valdosta head coach Rush Propst said after the game. “I thought our kids did. We didn’t make a few plays right there at the end and they did. End of the day, I thought we matched them pretty good. Their quarterback made a few plays at the end … I’m proud of our players. I’m proud of the way we played.”

The early lead that Lowndes built was too much to overcome for the Wildcats.

The Vikings jumped to a 16-0 advantage by the end of the first quarter. They were powered by two passing touchdowns from Brown—one a 33-yard dime to Dominique Marshall, the other a 19-yard pass to Marshall, while on the run. Lowndes looked primed to cruise to another dominating victory in the Classic.

That wasn’t how the rest of the game flowed, though.

If you take away the opening quarter Valdosta would’ve won the game 21-17.

For two and a half quarters, the Valdosta defense turned up the intensity and held the dynamic Vikings to only three points.

After entering the half scoreless, Valdosta’s offense opened the third quarter with a faster pace and renewed energy.

The Wildcats found success in designed quarterback runs for Jones.

It kept the Lowndes defense off balance and opened a new avenue for the offense that hadn’t been explored in the game.

The payoff was when the Jones scored Valdosta’s first points of the night on a 1-yard run with 5:34 remaining in the fourth quarter.

In his third start, Jones had a creditable performance. After falling behind early it’d be easy for him to have self doubts and underperform.

Instead, he rose to the occasion and finished 16-of-30 passing for 182 yards and added 80 yards on the ground on 11 attempts.

His two fourth quarter touchdown passes kept Valdosta alive after being idle for much of the game.

“We had energy,” Jones said about the offensive surge. “We had energy in the fourth quarter. We just came up a little short tonight. We’ll fix everything. We had mistakes. We’ll go back to the drawing board and get ready for our next opponent.”

The constant in both games?

The failure to consistently score touchdowns and effectively use their offensive weapons.

With the constant loss of games due to COVID and their starting quarterback deemed ineligible, it’s been hard for the team to find rhythm.

But the strides that they’ve made can continued to be built on.

“We played hard,” Propst said on the team’s performance. “I don’t know that we played good at times but I thought we’ve come a long way in two weeks. From Colquitt County to right now, it’s a world of difference.”

Valdosta is set to have an upcoming bye-week but will try to schedule an opponent for next Friday to make up for missed opponents according to Propst.