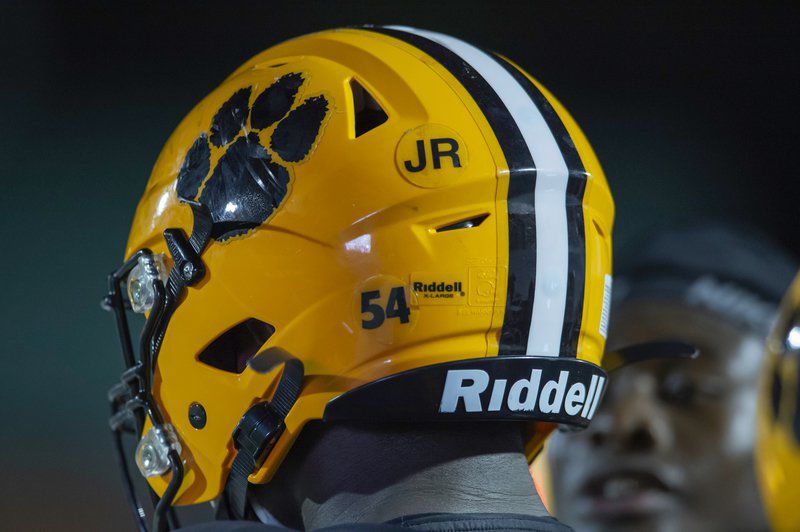 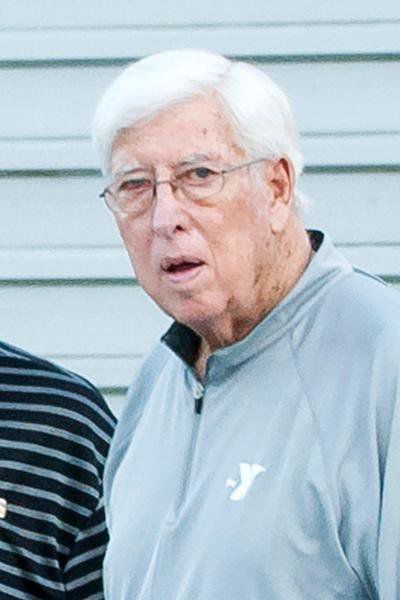 Photo courtesy of gocats.orgJack Rudolph was the mastermind behind several dominating Valdosta Wildcats defenses over 25 years as defensive coordinator. Rudolph's teams recorded 111 shutout victories in addition to winning 11 state championships and five national championships. Rudolph passed away on June 23 at the age of 82.

Photo courtesy of gocats.orgJack Rudolph was the mastermind behind several dominating Valdosta Wildcats defenses over 25 years as defensive coordinator. Rudolph's teams recorded 111 shutout victories in addition to winning 11 state championships and five national championships. Rudolph passed away on June 23 at the age of 82.

VALDOSTA –– As the Valdosta Wildcats took the field against rival Colquitt County on Sept. 13, they paid homage a legend.

The Wildcats defeated the Packers 50-49 that night with the letters JR on the back their helmets, honoring the late Jack Rudolph.

After the team concluded its Thursday morning practice the day before, Valdosta head coach Alan Rodemaker brought his players and coaches together for a devotion. It was there where Rodemaker educated them on Rudolph's place in the history of Wildcat football.

"I wanted to make sure our kids knew who he was," Rodemaker said after the practice. "Not many kids knew who he was, but they know who he is now. I talked about him quite a bit. ... We're trying to honor him and I thought this was a good week to honor him. We'll keep the JR sticker on our helmet the rest of the year and hopefully we honor him by the way we play on Friday nights on defense.

"There's two names on that stadium –– Bazemore and Hyder –– and if they ever went to three names, it would be Jack Rudolph. He was that important to this program and I just want our kids to know that and the community to know we're honoring him."

Rudolph, who passed away on June 23 at the age of 82, spent 31 years as a coach and teacher at Valdosta High School. In 1968, Rudolph was hired as defensive coordinator and set a lofty standard for his predecessors to aspire to.

Under Rudolph's tutelage, the Wildcats recorded 111 shutouts and allowed a staggering 8.3 points per game en route to 11 state championships and five national championships.

"Coach Rudolph was about 6-5 and 260 pounds," former Wildcats player and coach Jerry Don Baker said. "He was very intimidating. I remember the first day of practice and all of us were so scared of him, we couldn't even breathe. As we started practicing, we realized that he had a defensive mind and he knew the game so well. We were impressed with what he was bringing to our team.

"My senior year, our first nine games, we did not allow a touchdown. In the 10th game, we gave up seven points up in Tifton. That just shows you, he was not only a motivator but he put us in the right position and he expected a lot out of us."

Baker, who was inducted to the Valdosta Sports Hall of Fame in 2008, coached alongside Rudolph for 21 years at VHS.

Prior to Rudolph's coaching career, Rudolph attended Grady High School where he was a standout in football, basketball and track and field. After high school, Rudolph attended Georgia Tech where he was a three-time letter winner as a linebacker. Rudolph went on to play six seasons with the Boston Patriots of the American Football League and in 1966, played for the first Miami Dolphins team in the AFL.

During their time together on the Wildcats coaching staff, Baker recalls a conversation he and Rudolph had that gave him insight into what made Rudolph so successful –– his mind.

"Jack Rudolph had a defensive mind way ahead of his time like Bazemore did with offensive sets," Baker said. "He told me one time, he said, 'Bake, times are changing and if we don't change with time, all these new formations and the five wide receiver sets are gonna pass us up. Plus, people want to see teams score points and light up the scoreboard. All the rules are geared towards offense. The defensive side of the ball is gonna be in bad shape because that's what they want to do. And sure enough, you can see now, Valdosta scores all these points, Lowndes –– it's an offensive game now. ... Jack was ahead of his time."

Baker glowingly refers to Rudolph as "a gentle giant", due to his large physical stature but more so his noble and earnest intentions.

As the mastermind behind several defenses that helped make Valdosta High the winningest high school football program in the nation, Rudolph coached his players like they were his own sons.

"It was a pleasure to play for him and also a great pleasure to coach with him and see the effect he had on so many young men in this community and see how they have turned out today. ... That's what Jack was all about."

Both Rudolph and his son Coleman are members of the Valdosta/Lowndes County Sports Hall of Fame. Rudolph is survived by his wife of 55 years, Marsha as well as his sons Coleman and Russell.