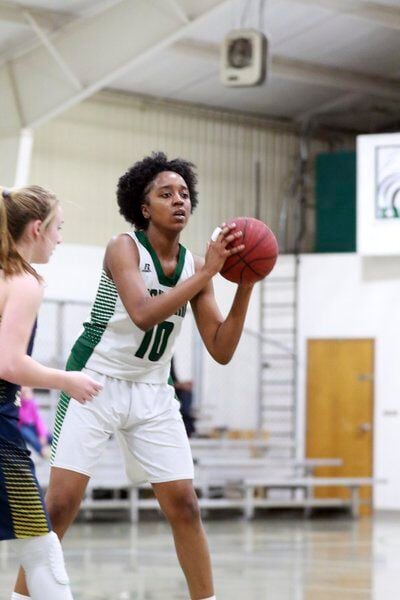 File PhotoHighland Christian forward Courtney McCormick (10) waits for a teammate to come to the ball during a game against Aucilla Christian on Jan. 21, 2020. 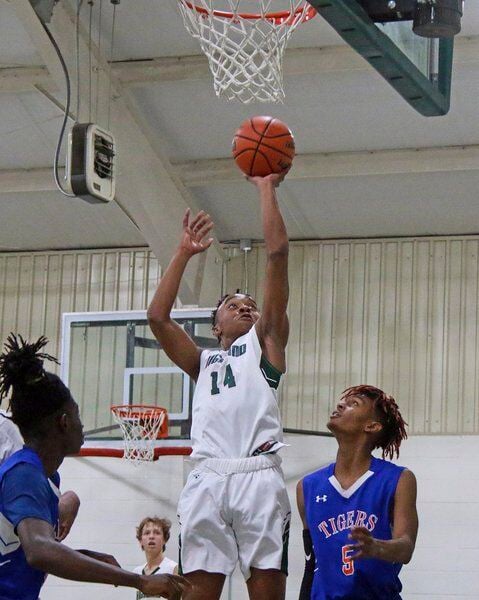 File PhotoHighland Christian forward Caleb McCormick (14) lays the ball in during a game against Jefferson County on Nov. 18, 2019.

File PhotoHighland Christian forward Courtney McCormick (10) waits for a teammate to come to the ball during a game against Aucilla Christian on Jan. 21, 2020.

File PhotoHighland Christian forward Caleb McCormick (14) lays the ball in during a game against Jefferson County on Nov. 18, 2019.

Both players are in their second year at Highland, and while Courtney is in just her second year of playing basketball, she rips down rebounds like a seasoned veteran in the middle for the Lady Eagles.

The twins like the culture at Highland, believing that it suits them both in different ways.

“Highland has a very student-friendly environment,” Caleb said. “The ratio of student to teacher is small, which means that Highland is able to be very hands-on with their students.”

Courtney added, “I feel like the culture at Highland is well-disciplined. They are that way in both sports and academics.”

With those hands-on experiences, Caleb feels like he is able to get the help that he needs in the classroom, and Courtney feels like she is able to be well-rounded and focus on academics in addition to sports.

The twins feel like their coaches do a great job of preparing them for the games ahead of them, so that they can play four quarters and win the games.

“Our coaches being well-disciplined in their nature, it spills over to us as players,” Courtney said. “We all know what the coaches expect of us, because the coaches lay it all on the line for the betterment of the team. That makes us want to play in the same way.”

Caleb added, “My coaches are great role models and leaders. They put me in the best positions to help me for now, and for the future.”

Highland certainly has its key players on board, which can trickle down to the other players on the team. That mentality proved to be true last week as Highland found themselves on the ropes against Grace Christian. Both Caleb and Courtney played key roles in their respective games to secure wins for their teams.

In the closing seconds in overtime, as he had done all night long, Caleb came up with a key rebound to elevate his team. This time, his rebound turned into the game-winning shot for teammate Trey Bennett as the Eagles got past the Cougars for a 42-40 win.

With those nail-biting games capping off the first half of the season, the twins are already looking to the future of their season.

“I feel great about the first half of the season,” Courtney said. “There is always room for improvement from all of us, myself included. I feel like we need to iron out the mistakes that we have made, so that we can win the championship that we are seeking. We are willing to put in the work, regardless of the obstacles.”

Caleb acknowledged his team's loss to rival Georgia Christian on Dec. 8. While the loss certainly stung, Caleb and the Eagles have their eyes facing forward in hopes of getting back to the state championship game by season's end.

“We took a loss to Georgia Christian a couple weeks ago, but we have put that behind us,” Caleb said. “As a team, we understand that not every game can be won, and you will take some losses along the way. Our goal as a team is a championship and I want to improve myself individually so we can do that.”

Courtney sees herself as a well-rounded cornerstone of the Lady Eagles –– a steady contributor who wants to improve every game.

“I feel like I am a well-rounded player for my team,” Courtney said. “I want to be a complete player, so I feel that is important. But I know that there is always room for improvement in my game, and I work diligently to correct those things.”

A 6-foot-4 left-hander with long limbs, Caleb is a matchup nightmare for most teams. His long arms afford him the ability to shoot over opponents, corral rebounds and block shots, while his long legs give him a surprising first step to attack the basket.

As many of his tools gain polish game by game, Caleb feels he has much room for improvement.

“My best attribute has to be my shooting ability,” Caleb said. “With that being said, I know that I can improve my overall basketball IQ, so that I can better serve my teammates and put them in position to score.”

Both players are enjoying their time at Highland and hope that their respective seasons will be enough to earn them college scholarships to continue to play the game they love in the future.

In true twin fashion, they share the same thoughts on the legacy they want to leave at Highland.

“We want to leave Highland with positive things to remember us by,” they said. “We want to have impacted our teammates in a positive manner. It is our hope that the hard-working mentality that we have will spill over to them, because they knew that we both always gave them 100%.”

The twins and the rest of Highland basketball are on Christmas break, but resume play Jan. 8 at home against Fullington Academy.