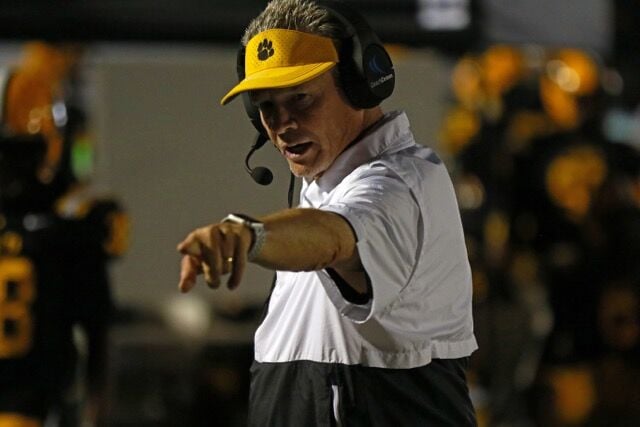 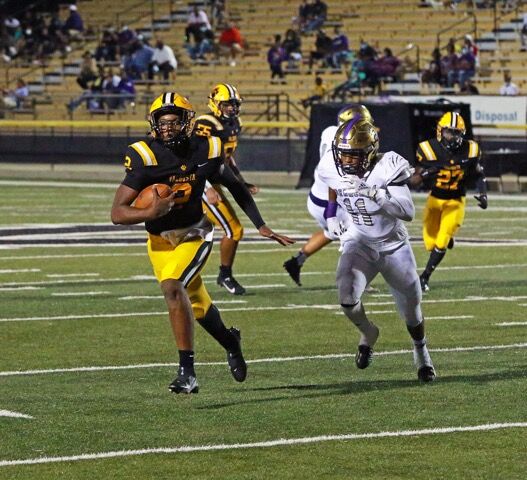 Spanning back to 1913, Valdosta and Colquitt is the oldest high school football rivalry in South Georgia. One hundred five games have been played between the Wildcats and Packers with Valdosta holding a 71-30-4 record in the all-time series.

Former Colquitt County head coach Rush Propst leads the 'Cats into battle tonight in Moultrie. For Propst, it will be the 12th time he'll coach in the storied rivalry, but the first time coaching Valdosta.

Propst was fired on March 14, 2019 amid allegations of ethics violations, which Propst has steadfastly denied since his dismissal.

Going back to his post of 11 seasons, Propst downplayed the matchup during a phone interview Thursday, insisting he refuses to let his emotions get involved.

"It's been okay," Propst said of practice this week leading up tonight's game. "It's just been a normal week. Obviously, the game is maybe a little bit bigger for them I'd guess. If there are any emotions in it, I'm gonna leave it up to the players to decide it. I'm not going to put my emotional feelings into it. If Colquitt wants to do that, they can. I'm not going to."

The 'Cats enter tonight's game undefeated after a 45-7 dismantling of Bainbridge last week.

Valdosta scored 28 of their 31 first-half points in the second quarter to turn a slow start into a runaway win in the blink of an eye. The 'Cats produced 399 total yards with 333 coming from the offense. After rushing for just 35 yards on 32 carries in their season opener against Warner Robins, the 'Cats ran 36 times for 130 yards against Bainbridge.

The team will be without running back Terrell Denson, who had nine carries for 70 yards and a touchdown before leaving last week's game in the third quarter with a lower leg injury.

Kaleb Robinson and Chris Wolfe will be available for the 'Cats against Colquitt County while running back Jamad Willis is questionable with an undisclosed injury.

"Robinson and Wolfe will get most of the reps," Propst said. "They've gotten most of the reps in practice this week. Jamad Willis has been hampered with an injury too, so we're really thin at the running back spot.

"We always want to be balanced with the run and pass. You always go into a game balanced, but it never works out that way. It's all based on what the defense is giving you. At the end of the day, you can plan all you want but when it comes down to it, the game will dictate what you do."

Quarterback Jake Garcia remains a game-time decision for the 'Cats this week after being ruled out against Bainbridge.

According to Propst, Garcia is improving and got reps in practice Thursday.

"I think he's better," Propst said. "His hamstring's better, but it's not well. It'll be a game-time decision based on a lot of issues there with his health. It's strictly a health issue right now –– I know there's a lot of talk out there, but as of Sept. 25, it's a health issue which will decide whether he plays or not."

If Garcia is unable to go for the second straight week, the 'Cats will start junior Amari Jones.

The 6-foot-3, 205-pound quarterback dazzled in his first start against Bainbridge, completing 10-of-15 passes for 198 yards with three touchdowns through the air and another on the ground. After producing just three points in the opening quarter, Jones and the Valdosta offense found a rhythm and put the game away.

"He's just got to come out of the gate better, stronger, with more confidence and execute the game plan," Propst said of Jones. "We've sort of taken the game plan and brought it to him where he won't have to ad-lib at all. The game plan is the game plan that we've been working on here all week based on (Colquitt's) personnel, our film study with them and our thought process and what they may do."

Valdosta will see its former coach Alan Rodemaker on the other side tonight. Rodemaker now serves as the Packers' co-defensive coordinator after not having his contract renewed at Valdosta after four years that saw the 'Cats win a state championship for the first time since 1998.

Under Rodemaker, Valdosta posted a 36-17 record, including a 10-3 mark in 2019 that saw the 'Cats advance to the state quarterfinals before bowing out 16-14 to Richmond Hill.

Propst has a healthy respect for the coaches at his former locale and spoke of their impact on Thursday.

"Going against Alan Rodemaker all these years, you've got an idea from an offensive standpoint that he knows what he's doing," Propst said. "He's a good football coach, so you've just got to decide how you want to attack Alan and then with (Justin) Rogers' offense, our defense has got a pretty good feel for what they're doing. Now, that don't mean you're not going to give up some stuff because obviously they coach too. They're good coaches over there so they're going to come up with plans too."

The Packers got a decisive 51-0 win against Banneker in their season opener last week.

Xavier Williams, a senior transfer quarterback from Ola High School in McDonough, guided the Packer offense well in his debut, throwing for 221 yards and three touchdowns as the Packers racked up 430 yards of total offense.

Given his tenure at Colquitt, Propst understands who the top players are on the other side. The veteran coach was effusive in his praise of the Packers' receiving corps, led by senior Lemeke Brockington.

"They've got impact players everywhere," Propst said. "I've known these kids since they were in Pre-K. When I first got to Colquitt, these seniors were in Pre-K so I've watched them grow up their whole life. I know Lemeke Brockington at wide receiver, I know (Djimond) BabyDee Wheeler and then you throw in (Ontavious) Carolina, the tight end. He's a junior and he's probably one of the top junior tight ends in the state of Georgia. He's been offered by several Division I schools. Florida State offered him after his ninth grade year when I was there. He's an elite player that's really, really good. They've got Orion Bonner also. Those are really, really elite receivers.

"Everybody talks about our receivers. We've got three, they've got four. Ontavious Carolina's as good as anybody there is anywhere. This kid can really run and he could be a difference in the game. He could be a thorn in our side. Everybody's gonna talk about Lemeke Brockington, because he's a Power Five player, but if you forget about Carolina or Bonner, you're going to be missing the boat. To be honest, in my 11 years over there and counting last year, I don't know that Colquitt County's ever had four better receivers."

Last season's matchup was a breakthrough for the 'Cats in the rivalry.

The 'Cats defeated the Packers 50-49 in arguably the best high school football game in the state last season. The two teams combined for 1,250 yards –– 743 for Colquitt, 507 for Valdosta.

The Packers rallied from a 21-point deficit to take a 49-42 lead with 5:10 to go, but Valdosta senior quarterback Tate Rodemaker led the ‘Cats on a 12-play, 77-yard drive, highlighted by three crucial scrambles by the Florida State freshman quarterback and capped by TJ Dailey’s flying plunge into the end zone with 1:03 left.

In a gutsy call, the ‘Cats went for two and Rodemaker found Will Wright all alone in the back of the end zone to give Valdosta a 50-49 lead it wouldn't relinquish. The Packers missed a potential game-winning field goal as time expired.

The win snapped a six-game losing streak for the 'Cats against the Packers dating back to 2012.

Propst, who was in attendance sitting next to Wildcat legend Stan Rome and GHSA Executive Director Robin Hines in the corner of the end zone last year, expects tonight's game to be unlike any other.

"It should be a heck of a football game and a heck of an environment," Propst said of tonight's matchup. "This one right here –– I know the Winnersville Classic is a great environment, but you're going to see a different environment (tonight). It's going to be electric. It's a test of wills –– it's Packer pride versus Wildcat pride and who's gonna want the game the most. The rivalry is amped up, no doubt about it. I've got to treat it as a football game between two schools and two groups of players that'll fight for every inch. I'm going to bring our team over there ready to play and we're going to play the game win or lose and come back and get ready for next week."