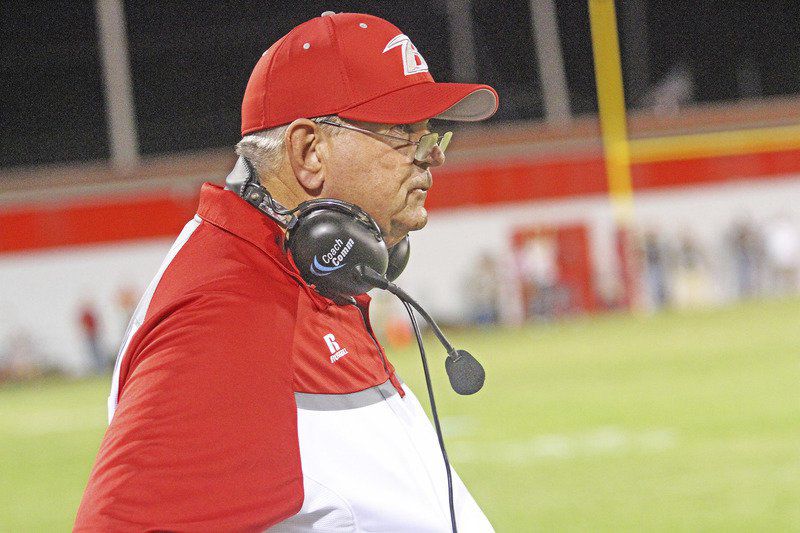 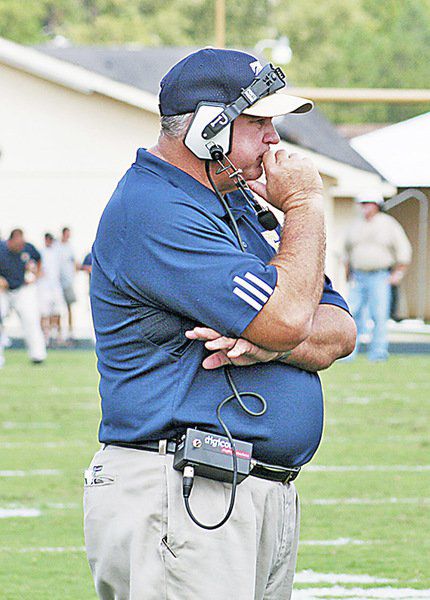 VALDOSTA — The right timing has led Ed Pilcher to a 30-year head coaching career with 250 wins and five state championships.

But now the time has come for Pilcher to step aside. Due to health issues, Pilcher has resigned as Berrien’s head football coach. Bill Cribb, a longtime Lowndes assistant that joined the Rebels’ staff a year ago, is taking over on an interim basis.

“I’m resigning, that’s for sure,” Pilcher said Wednesday as he leaves with the 26th most wins in Georgia high school football history. “I’m leaning more toward retirement, for sure as a head coach.

“The biggest thing is I’ve got some health issues and I’m trying to address them and get them right so that I can do anything I want to do. Right now, I couldn’t go out there and coach anyways.

“Once I get them squared away, I can decide what I want to do. But, right now, I’m not sure that I want to be a head coach any more. I really enjoy just being out on the grass and coaching. If I could find a place where I don’t have to worry about going out on Friday nights, and just coach, without turning the scoreboard on, it would be a whole lot different.”

The decision wasn’t easy. After dealing with a broken foot last fall, an injury that still is bothering Pilcher, the legendary coach is also facing a hip replacement. With those issues, Pilcher wasn’t able to help during Berrien’s spring practice nor would he be available throughout the summer.

That forced the head man to call the timeout.

“I’ve done enough,” he said. “That doesn’t mean I’m tired of doing it, but there may be some other things out there that I want to do.

“Obviously, it was a very tough decision to make. My wife and I still talk about it just to make sure that’s what we want to do. But right now, I know that I can’t be the head coach the way I am right now, with my health the way it is.”

“Obviously, it’s a big loss in losing coach Pilcher,” Hathcock said. “We felt like he had our program going in the right direction. The kids were starting to believe in themselves a little bit and learning how to win.

“A coach of his caliber is going to be hard to replace. It’s a big loss. But I do understand his situation. His health is a lot more important than coaching football games.”

During Pilcher’s three seasons as the helm, the Rebels have gone just 9-22. But Berrien did make the postseason for the first time since 1991 in his second year back in Nashville, where he served as an assistant from 1983-85. His 250th career win came last fall when he guided the Rebels to the program’s first win against Thomasville High School.

“We hoped when we came over here to have an impact on the program and make it better,” Pilcher said. “We didn’t do as well as I had hoped to do, but we made some strides of getting better, more competitive anyways.

“It’s been a blessing for us just to be around these kids and get to coach them and watch them grown and develop.”

That followed a five-year stint in Bainbridge where Pilcher guided the Bearcats to a 30-23 record and four playoff berths. Before heading to Bainbridge in 2008, Pilcher had a 17-year run of sustained success at Thomas County Central where he led the Yellow Jackets to five state championships (1992, 93, 94, 96, 97) and another championship appearance in 2002. His last TCC team advanced to the state semifinal round before it suffered its lone loss, concluding a 169-54 mark with the Jackets.

“All of it’s been good, even the bad years have been good,” he said. “But there’s obviously some of those years are probably a little bit more special than others.

“We have nothing but just love for those folks over there ... I’m just glad I had that opportunity.”

Pilcher began his head coaching career in Early County in 1986, leading the Bobcats for five years including state semifinal appearances in 1988 and 1990.

“In this business, a lot of it is just timing,” Pilcher added. “The timing was good for me and our family to make the move over (to TCC) at that time and it worked out really good. That’s the way it is.

“When we left here and went to Early County, the timing was really good to go over there and take it as a first-time head coach. A lot of that, the successes you have, is being at the right place at the right time.”