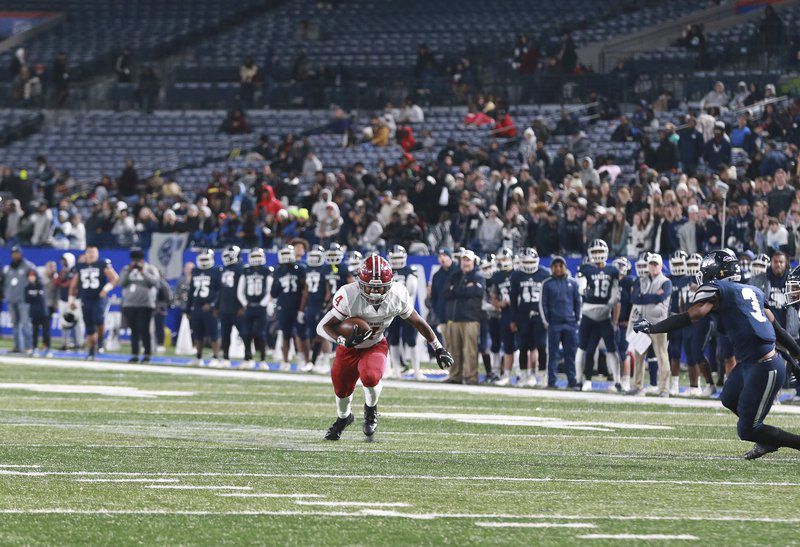 Juston Lewis | The Valdosta Daily TimesLowndes wide receiver Ghetti Brown runs after a catch during the GHSA 7A State Championship game against Marietta on Dec. 14, 2019. 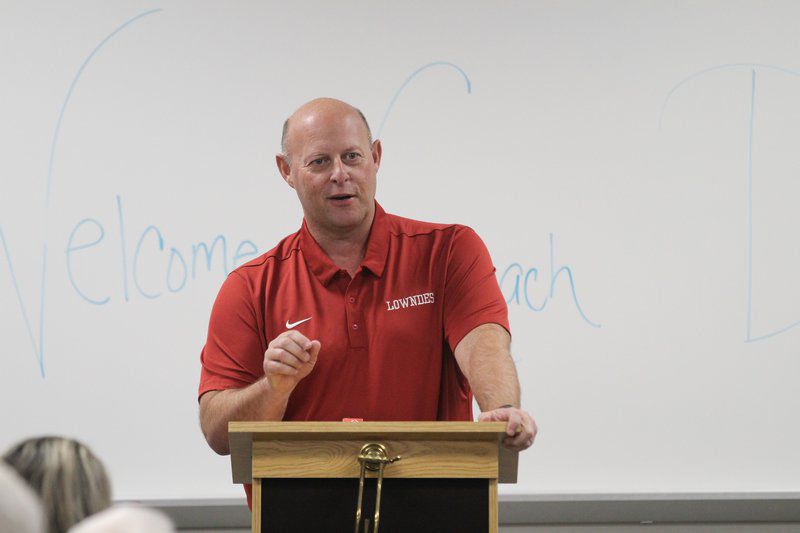 Juston Lewis | The Valdosta Daily TimesLowndes wide receiver Ghetti Brown runs after a catch during the GHSA 7A State Championship game against Marietta on Dec. 14, 2019.

VALDOSTA –– With the Georgia High School Association cancelling all spring sports for the remainder of the school year, Lowndes football is finding ways to keep connected.

The team previously had its spring practice schedule for April 30 to May 13, with a spring game against Warner Robins scheduled for May 15.

Despite losing spring practice time, the team has made strides to stay connected using social media and other media outlets.

“It’s a little bit different but everybody is adjusting to it very well,” Lowndes head coach Jamey DuBose said via phone interview on Friday.

Using the technology, they can do the same thing they’d be doing at the office, just from a distance.

The next front that the team had to combat was the weight training that was interrupted. Many gyms are closed and players likely do not have access to weights or other equipment to exercise with.

To assist players in their attempt to stay active, strength and conditioning coach Kevin Wisham has developed a weekly home workout schedule.

Players are supposed to check in with their position coaches as they complete the workouts. It also includes creative ways to replace actual weights with items that can be found around their homes.

“Our coaches will talk to their players about different ways to lift,” DuBose said about the home workouts. “Getting book bags and putting books or weight, or rocks or anything inside of it to make it heavy … You can be invented with different ways. Our strength and conditioning coach will send out every Monday a five day workout plan and conditioning plan.”

The last and possibly the biggest obstacle is getting players to understand the importance of social distancing.

“We’re in a maintain process—we’re trying to stay safe,” DuBose said “We talk to (the team) about abiding by all the guidelines. We don’t to lose our football season and right now the way to keep our football season or the way to get our season back, as hard as it is, stay at home as much as possible. Stay with your family. Stay with your family. Stay away from groups and stay away from travel as much as possible.

We want to have an opportunity to play football,” DuBose continued. “That’s the only way we’ve got a shot right now of doing that. We keep talking to them about it and I think guys are really buying in.”

There has been no official word about when players and coaches will be able to participate together.

As of Thursday, all team practices or activities were prohibited by the GHSA.

The Vikings have taken the necessary steps to move forward but with no set date for resumption, they’ll have to play the waiting game along with everyone else.

“The hardest thing is not having a team together,” DuBose said. “We’re not the only one, everybody is in this boat.”

Even with the uncertainty surrounding the world currently, the first-year head coach is staying optimistic.

According to DuBose, he’s shooting for June as the first time that he’ll be able to have his full team and coaching staff together and being able to begin practices.

But he’s still playing it by ear.