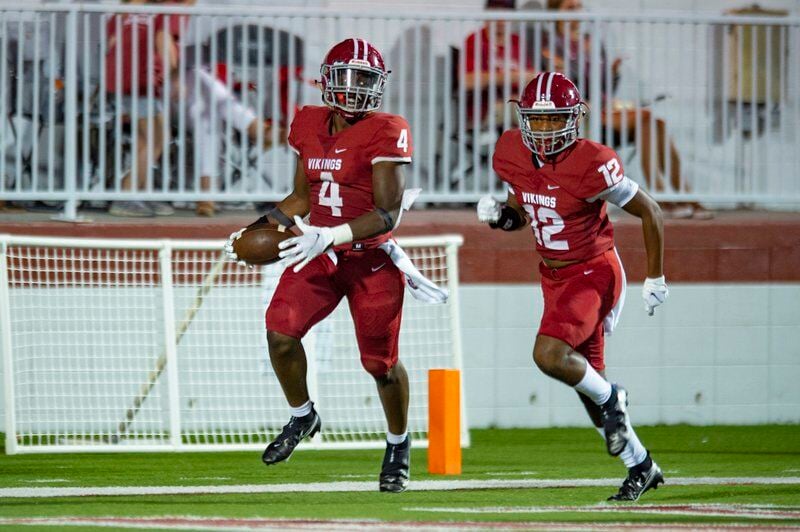 Dave Sundin | Special to the TimesLowndes wide receiver Chase Belcher (4) celebrates in the end zone with teammate Josh Inman (12) after a touchdown against Oakleaf Friday at Martin Stadium. 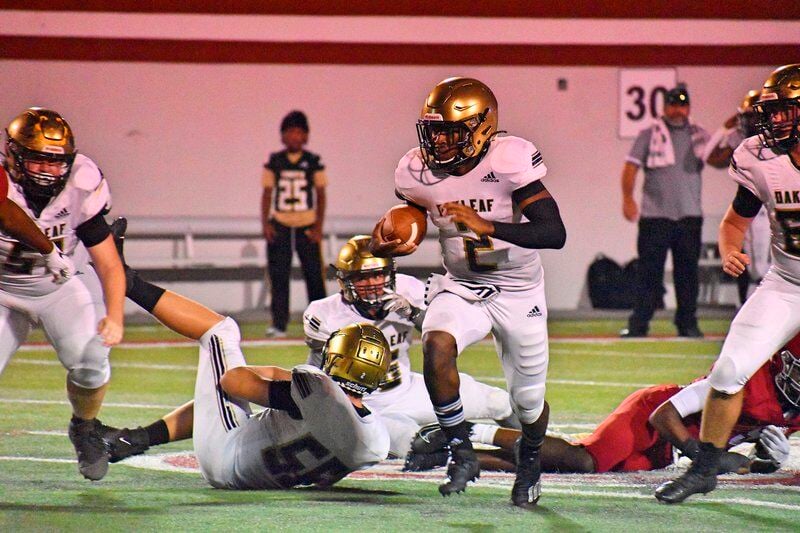 Dave Sundin | Special to the TimesLowndes wide receiver Chase Belcher (4) celebrates in the end zone with teammate Josh Inman (12) after a touchdown against Oakleaf Friday at Martin Stadium.

Did they have a 31-point lead at one point? Yes.

But I feel the Oakleaf Knights earned the respect of the Vikes in their 37-17 loss last week.

First off, the Knights posted the highest total offense yardage a team has had on the Vikings' defense this season with 444 yards on the Vikings defense.

East Carolina committed quarterback Walter Simmons III threw for 319 yards and a touchdown, but the talented Lowndes defense simply made timely plays such as Tylar Belcher’s two interceptions he got off Simmons.

Even though the game was already decided, the Knights showed some promise with their two touchdowns in the fourth quarter, which gave them a glimmer of hope before the Vikings pulled the plug.

Also, it was riddled with penalties.

The Vikings had eight flags called on them for 70 yards, while the Knights lost 100 yards on 10 penalties.

“The biggest negative offensively was too many mental mistake penalties that put us behind the sticks.," Vikings head coach Jamey DuBose said. "I do not know how many times I looked up and we were in 1st-and-15 and 2nd-and-20 situations. Those are not downs you must be in to win big ballgames. We’ve got to get better at that, but sometimes when you play athletic teams, you’re going to tend to hold or do some of the things that’s going to affect you."

Both teams also struggled to successfully complete third-down conversions, combining for a 20% conversion rate in the game.

I guess all this shows is that the Vikings are the real deal again this year.

They made mistakes that could cost them in any other game, but walked away with a 20-point victory to give them their third victory of the season against an unfamiliar opponent.

“We had some adversity," DuBose said. "I thought we handled it really well. That is the sign of a team that has some maturity so I’m proud to see that."

Next, they will have a Lee County team come to town that is coming off a third-round playoff exit last season and a 66-0 victory against Crawford County.

“It doesn’t get any easier," DuBose said. "Lee County has an exceptional football team with a lot of athletes and tradition. We take them one week at a time, but I have heard a lot of things about them. I know they're going to come in ready to go and it will be a huge challenge, once again."

Kickoff is scheduled for 8 p.m., this Friday, Sept. 25 at Martin Stadium.