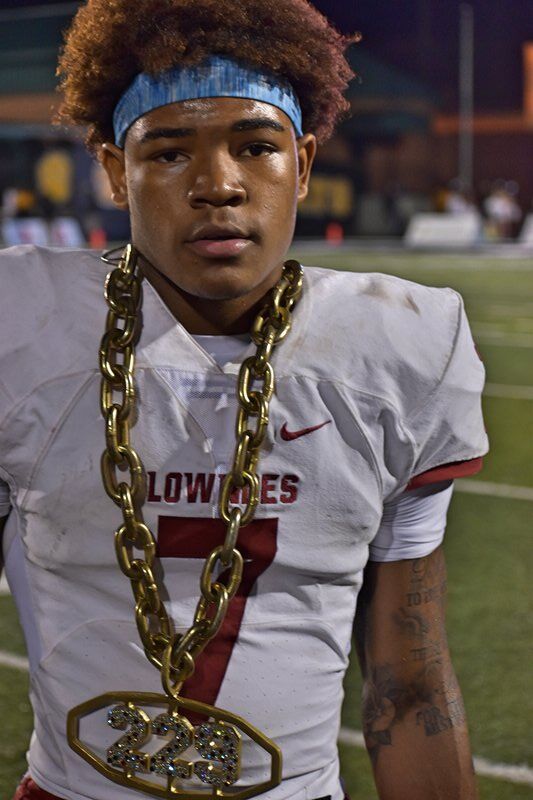 Gerald Thomas III | Special to the TimesSenior linebacker Jalon Baker poses in a bedazzled '229' chain after securing two interceptions in the 2020 Winnersville Classic. 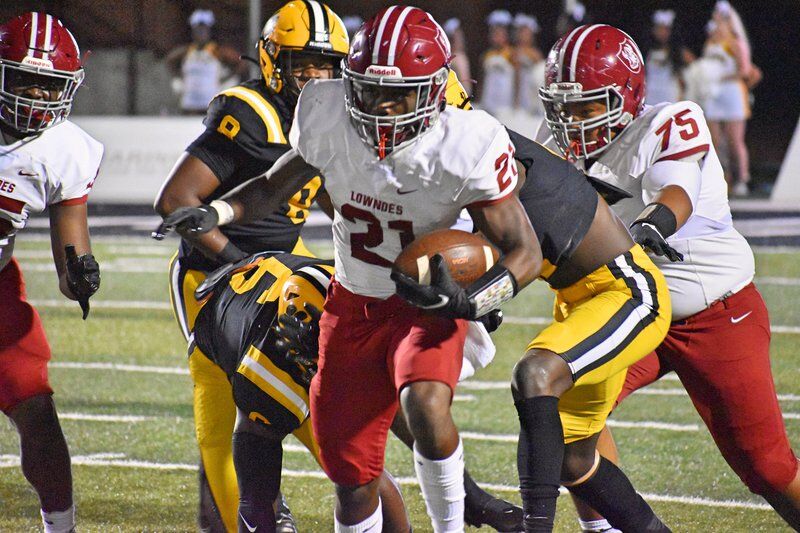 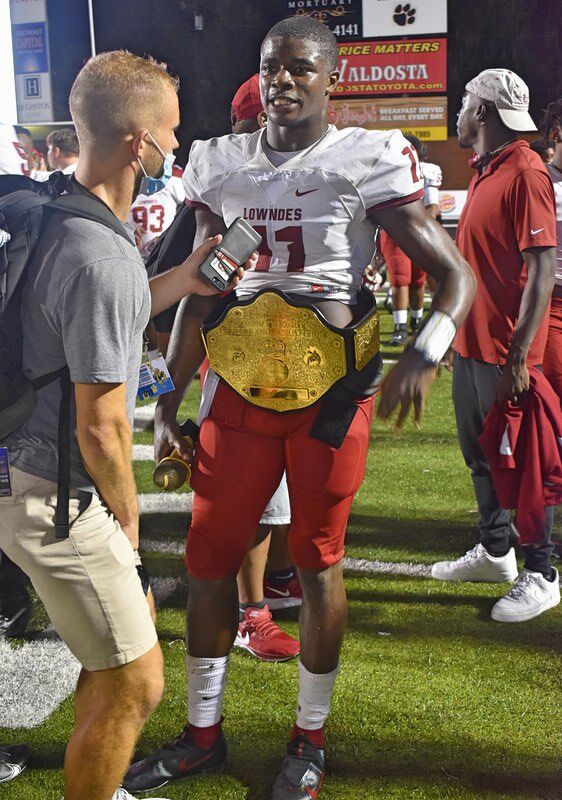 Gerald Thomas III | Special to the TimesJunior quarterback Jacurri Brown talks with a media member while wearing a world heavyweight championship belt after his four touchdown performance in the 2020 Winnersville Classic.

Gerald Thomas III | Special to the TimesSenior linebacker Jalon Baker poses in a bedazzled '229' chain after securing two interceptions in the 2020 Winnersville Classic.

Gerald Thomas III | Special to the TimesJunior quarterback Jacurri Brown talks with a media member while wearing a world heavyweight championship belt after his four touchdown performance in the 2020 Winnersville Classic.

Here’s to my first.

Friday was my first Winnersville Classic and it owes me nothing.

Being a first timer, I had high expectations from the game, and it did not disappoint one bit.

From the atmosphere, to the gameplay, it was the complete package.

Though Bazemore-Hyder Stadium wasn’t as packed as it could be due to social distancing restrictions, that was the most crowded I have seen venue since the Valdosta State-West Georgia game in 2018 for the Gulf South Conference Championship.

The roaring of the stadium when a big play or penalty occurred could sent sound waves across the city of Valdosta.

It lived up to the “biggest rivalry on turf.”

You must consider that the guys playing on both sides know each other on a first name basis.

They grew up with one another and that pride that they have for their respective schools created some chippiness and grit between the players.

There was a lot of pushing and shoving, paired with trash talk to the point where if refs called unsportsmanlike penalties every trip, there would nearly be no players left to play the game.

That is how it should be.

Let the players play and jaw at each other from time to time.

It was a very competitive matchup.

With the Vikings holding a 19-0 lead at halftime, I thought the competitive aspect would be a letdown.

But the Wildcats scoring 14 unanswered and getting within one score on multiple occasions kept on their toes during the home stretch.

And do not get me started on the big performances of Jacurri Brown on the offensive side and the coming out party of senior linebacker Jalon Baker as they showed the nation what they were made of.

After the game, Brown was seen wearing the big gold WCW World Heavyweight Championship belt around his waist and saying that he loves wrestling and was a fan of Shawn Michaels.

But Brown was not the only one with jewelry on.

After grabbing his second interception in the fourth quarter, Jalon Baker was seen wearing a bedazzled turnover chain that read ‘229’ on the sidelines.

Those are the type of things that make the game entertaining.

Players on both sides knew what was at stake and acted accordingly for bragging rights of the Azalea City and with the world watching on ESPN2.

Props to both teams for an entertaining and competitive matchup.