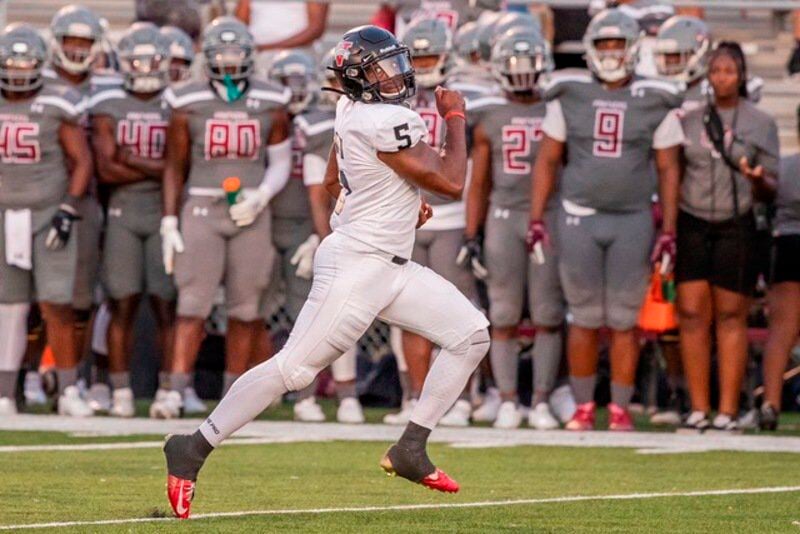 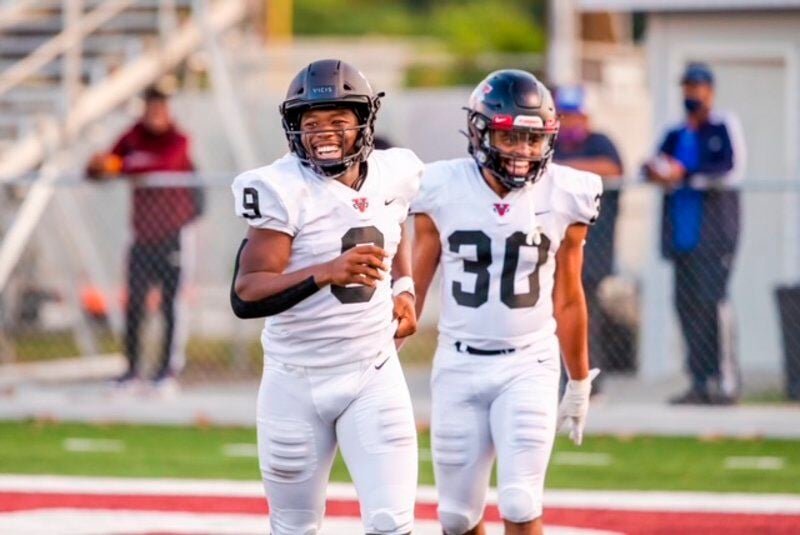 RICHMOND, Va. – Behind a season-high 559 yards of total offense, 14 points off turnovers and two rushers over 100 yards, and five rushing touchdowns as the No. 6 Valdosta State football team put together a dominating 51-7 road victory at Virginia Union Saturday.

The Blazers (2-0) had a season-high 307 yards rushing and 252 yards passing as junior quarterback Ivory Durham passed for two scores and ran for two, while junior Seth McGill had 129 yards rushing with one score. Four different Blazers each had a rushing touchdown, while graduates Brian Saunds and Victor Talley each had receiving scores. Durham finished 16 of 31 passing and one interception late in the first half and 175 yards passing.

Just like last week, the Blazer "D" was outstanding once again, hold the Panthers without a score until the fourth quarter for the second-straight week, while GSC Defensive Player of the Week Mondrell Jefferson was all over the field with one fumble recovery and one interception for 24 yards. Senior Nick Moss led the team with 14 tackles and eight solo stops and a fumble return for 44 yards.

Through two games, the Blazers have forced six turnovers and five fumbles leading to a 35-0 lead in points off turnovers. Jefferson's fumble recovery was his third of the season and the INT Saturday gave him four turnovers gained for the season.

VUU (0-2) was held in check all night, but managed to rush the ball somewhat effectively, but not pick up big chunk plays. The Panthers finished with 177 yards on the ground and 97 yards passing for 274 yards of offense. Central Intercollegiate Athletic Conference Player of the Week, receiver Charles Brown, was held without a catch in the game as the Blazer "D" clamped down on him, while D2Football.com First Team Preseason All-America kicker Jefferson Souza missed a 27-yard field goal which would've given VUU the early lead in the first quarter. Jada Byers paced the Panthers with 107 yards rushing and the lone TD in the fourth quarter. Byers finished with 225 all-purpose yards and had four kick returns for 107 yards.

The Blazers took a business trip approach to the road trip as it was 650 miles, marking one of the longest regular season trips in recent memory for VSU. The team began its travels on Thursday, staying in Lumberton, N.C. where it practiced and arrived in Richmond on Friday. VSU now has won its last 12 road games dating back to the 2017 season.

After a three-and-out by the Panthers to begin the game and just an 18-yard punt from Keyon Dickens, VSU took over at the VUU 46 and moved to the VUU 39. GSC Special Teams Player of the Week, sophomore Estin Thiele, missed a field goal wide right from 56 yards after he hit a 50-yarder last week against Savannah State.

VUU had a good drive going on the ensuing possession and moved to the VSU 9, highlighted by a pass from quarterback Khalid Morris to Reavis for 22 yards. Souza missed the field goal wide right also with 7:02 left in the first.

Following the miss, it was all Blazers. VSU punted on its ensuing possession, but Reavis fumbled and Jefferson recovered at the VUU 9. Durham found Saunds for six yards and junior Jamar Thompkins scored from one yard out for a 7-0 lead with 4:02 left in the first. Thompkins finished the game with 12 carries for 55 yards and a score.

Opportunistic Jefferson picked off Morris' pass and returned it 24-yards to the 50. On the first play from scrimmage, McGill went the distance for 50 yards and a 14-0 lead. Midway through the second, Durham called his own number on a 2nd and 6 from the VUU 39 for a touchdown and a 21-0 lead with 8:08 left in the half. Late in the half, VSU used an eight play, 80-yard drive as Thompkins began with a 30-yard scamper and later McGill went for 32 to the VUU 2. Durham hit Talley for a score and a 27-0 lead as VSU had a botched snap on the PAT heading into halftime.

To begin the second half, VSU senior Lio'undre Gallimore returned the Souza kick 66 yards, but a penalty on the Blazers pushed them back to the VSU 46 after Gallimore got the VUU 30. VSU was flagged seven times for a season-high 93 yards, while VUU also had seven infractions for just 35 yards in the game. Despite the flag, VSU moved down to the VUU 20 and Thiele connected on a 37-yard field goal for a 30-0 lead. Gallimore finished the with three catches for 31 yards, while he had two kick returns for 87 yards and a long of 66.

Durham scored on a 59-yard run for a 37-0 lead in the third. The Panthers then had their most productive drive of the game, going 13 plays for 76 yards ending the Byers TD run for a 37-7 score. VSU added touchdowns from Saunds and freshman quarterback Sam Edwards hit Talley for 64 yards setting up a 12-yard run from redshirt freshman James Chaney for his first collegiate touchdown and the 51-7 score.

The Blazers return home to host Albany State on Saturday, Sep. 18 at 7 p.m. at Bazemore-Hyder Stadium.