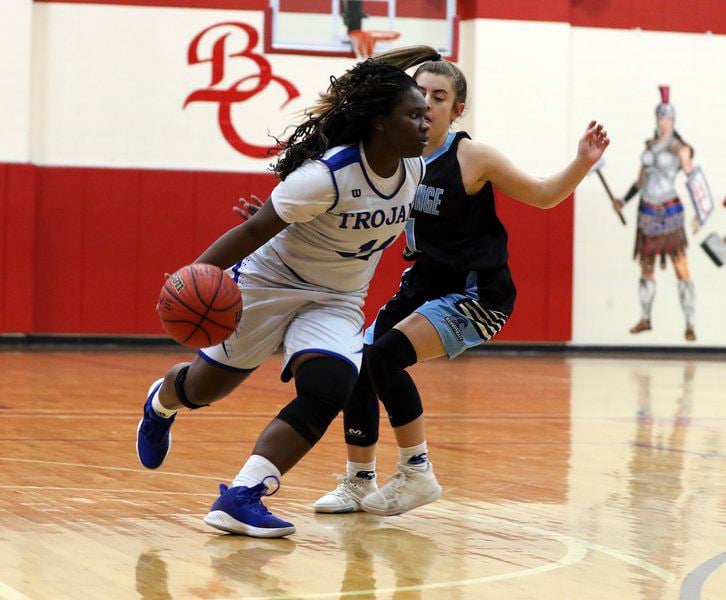 Shane Thomas | The Valdosta Daily TimesBrooks County guard Adreanna Dennis (11) dribbles past her defender during a game at the Denise Monroe Classic on Dec. 22, 2018 in Quitman. 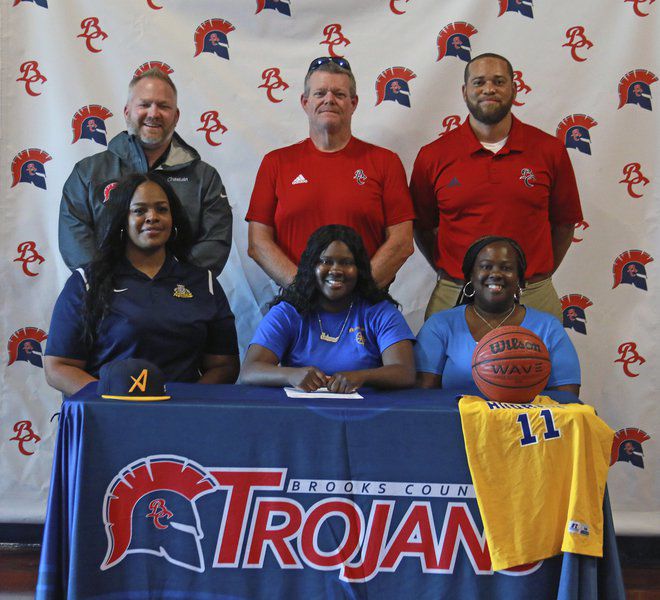 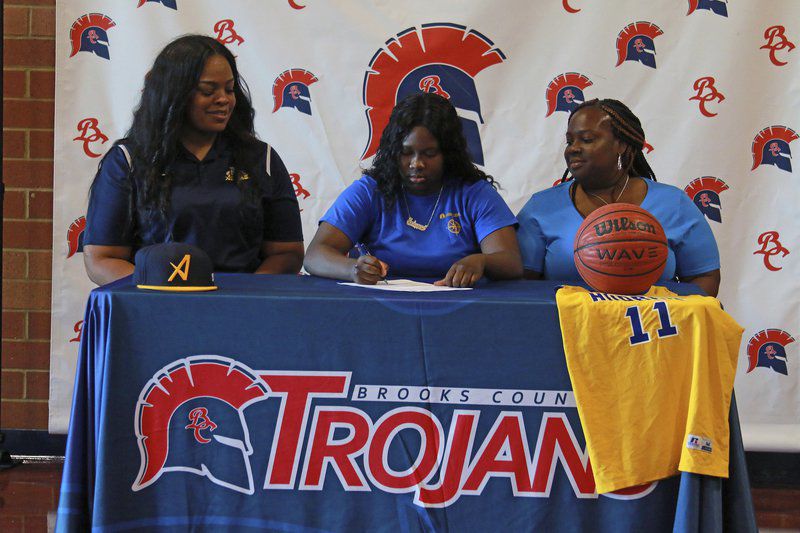 Shane Thomas | The Valdosta Daily TimesBrooks County guard Adreanna Dennis (11) dribbles past her defender during a game at the Denise Monroe Classic on Dec. 22, 2018 in Quitman.

QUITMAN –– Brooks County Lady Trojans senior point guard Adreanna Dennis has sized up her future and made her move.

Dennis will continue her playing career at the collegiate level, signing with Andrew College Thursday afternoon.

Andrew College is located in Cuthbert, Ga., just 117 miles from Quitman. Dennis will join the guard rotation for head coach Cayla Moore’s Fighting Tigers, who finished with an 8-21 record last season. The Fighting Tigers play in the Georgia Collegiate Athletic Association (GCAA) in the NJCAA.

“It’s big for my program,” Moore said. “Me going into my third season, we’re looking for individuals to build the program’s name and build the culture of the program and tradition that we have at Andrew. Adreanna will be a good addition to the program. She can handle the ball, she can shoot the ball –– she’s like a walking trigger –– and being able to elevate the program using her and the other freshmen that I have is going to be big for the program.”

Dennis signed her letter of intent surrounded by her mother, Andrea White and several family members. Dennis helped lead the Lady Trojans to an 11-17 record this past season, including a 3-5 record in Region 1-2A.

Brooks County made the Class 2A state playoffs before bowing out in the first round to Washington County. In a non-region game against Lanier County on Nov. 30, Dennis poured in a season-high 15 points along with four assists and four steals in an 59-52 overtime victory.

Dennis spoke of what the day meant to her following her signing.

“It’s a big day, it means a whole lot,” Dennis said of signing with Andrew. “I had to work hard for what I wanted to get to. You have to put God first and He’ll help you through anything. ... I’ve put in a lot of work. Growing up, even when you don’t have a way, you have to make way. Going outdoors, playing in the grass, going to the gym every day and every night, staying outside to play –– you have to work for everything.”

A ball-handling savant, Dennis was the lead playmaker for the Lady Trojans as well as the top shooter on the team.

According to Moore, Dennis sought her out to showcase her skills during an open tryout prior to last season.

“She actually reached out to me,” Moore said. “We have a lot of players that’ll reach out, but I had an open tryout and she came and she completely put on a show. I was really impressed with the way that she took control of the situation. She handled the ball very well, she’s a nice sized guard and she shot the ball really well within the hour that we worked out. I knew then that I wanted to sign her.”

Over her career at Brooks, Dennis admits she clashed with head coach Lamar Thomas as she tried to find her way on the court.

Thomas praised his point guard prior to her signing her letter of intent on Thursday.

“It was like good cop, bad cop –– I was the bad guy, just trying to push her and get her to a higher level,” Brooks County girls basketball coach Lamar Thomas said. “I still say, out of my 15 years of coaching, that she’s probably one of the best ball-handlers I’ve ever had come through. Once she figured that out and once she got the confidence to know exactly what’s in her and what I saw in her when she was trying to fight against me because she had her own vision, I know that she’s in good hands with Coach Moore. When she gets to that next level, I truly believe she’s going to do great things. She has a great foundation behind her that’s going to push her –– we’re proud of her, we love her and it’s not over. It’s only beginning.”

The Fighting Tigers were a very young team last season, fielding a roster made up of 10 freshmen and two sophomores. Dennis will be the latest addition to the youth movement Moore presides over.

Given the lack of upperclassman experience the team has, Dennis will be on a level playing field as she vies for playing time this fall.

“It may take some time,” Moore said when asked if Dennis will play right away. “It all depends on her and what she does when she comes in at the end of the summer. If she works extremely hard, follows the protocol and follows my leaders, she should be able to fit in pretty well pretty soon. At my level, I never want to sign a kid that I feel has to wait a year to play. You have to come in right off the bat ready to play so I can get you prepared for the next level. I think she has that ability to play immediately. She just has to work hard and continue to stay afloat.”