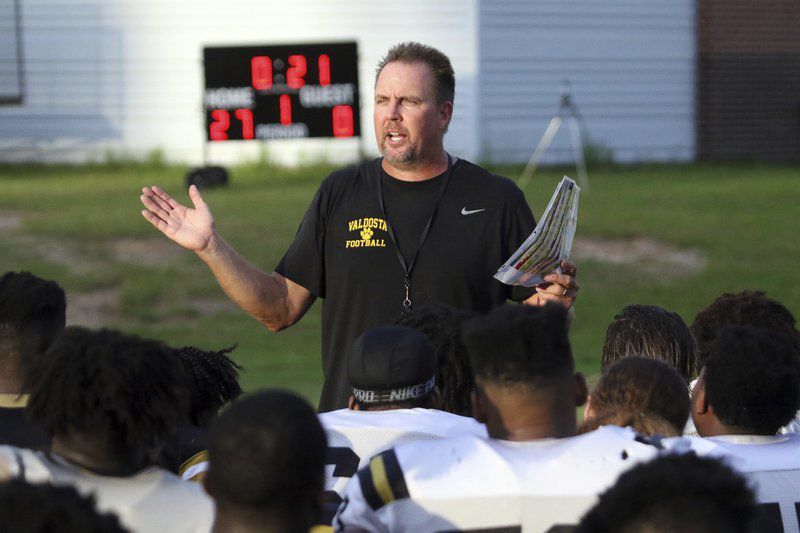 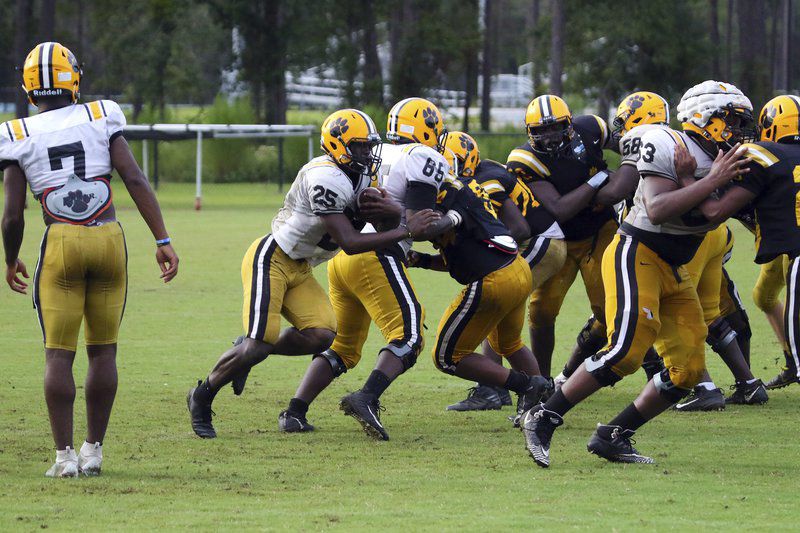 VALDOSTA –– The Valdosta Wildcats got in their first full day of practice on Tuesday after a rain-shortened session Monday.

The ‘Cats host non-region rival Tift County on Friday and have this game circled as one they’d like to get back. The Blue Deivls have taken each of the last two meetings with the ‘Cats and won both games by double-digits.

“They’ve gotten us the last two years,” Head coach Alan Rodemaker said of Tift after Friday’s opener against Maynard Jackson. “I don’t need to say much more than that. That’s a longtime rival of ours and we need to win that game. As soon as we get done with this one tonight, tomorrow morning will be all about Tift County. But like I said, they’ve gotten us the last two years. ... We need to get them this year.”

Valdosta High throttled Maynard Jackson 55-7 last Friday, thriving on defense and special teams. The Jaguars’ slow, methodical pace kept the ball away from the Valdosta offense much of the night.

While Valdosta offensive coordinator Josh Crawford wasn’t a fan of the low-possession game, he’s eager to see his team get more opportunities as the season rolls on.

“Your opponent dictates a lot of what you’re going to do,” Crawford said, “Certainly for us, with the limited snaps we had in the first game, this will just be another opportunity for us to get reps and continue to try to perfect what we do. Our guys are just eager offensively to get on the field and hopefully continue to move the chains and get some plays in on Friday night.”

In preparation for Tift County, Rodemaker wasn’t pleased with Tuesday’s practice. In fact, Rodemaker stressed to his group that today’s practice is crucial to how it will perform on Friday night.

“Well, we just missed half a day on Monday (due to rain),” Rodemaker said. “I don’t know if it rained in Tifton or if they had lightning in Tifton or not, but I know we couldn’t practice. And then today wasn’t a great practice so I’m concerned. They’ve got me on edge now because we didn’t practice great today. They better come out here tomorrow because I never can remember, in all my years coaching, playing well if we don’t practice well.

“We had a good day Monday, we just didn’t have a full day. Today was just Joe Average –– a lot of hollering and screaming. (Wednesday) needs to be a lot better. I just think when you practice well, you play well and I’ll always think that. That’s always been true since I’ve been coaching and it’s no different now.”