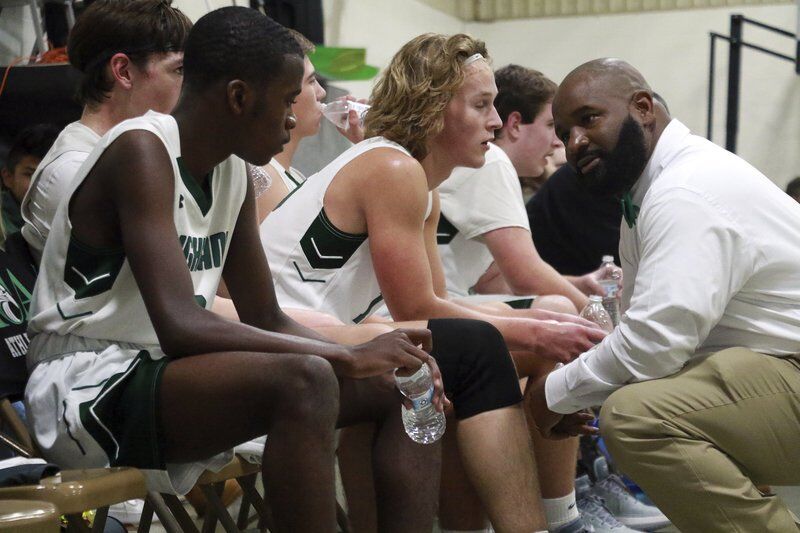 File PhotoHighland Christian boys assistant coach Tim Kelsie talks to the team during a timeout in a game earlier this season. 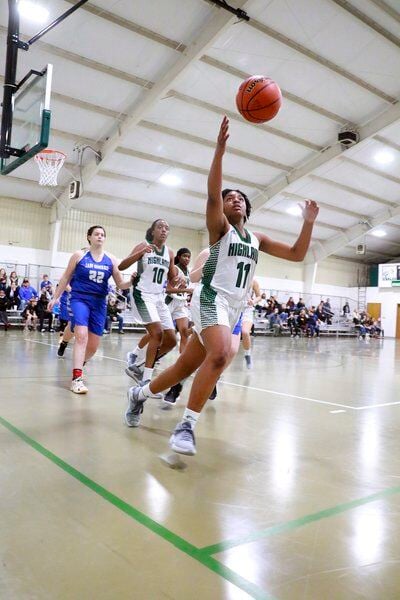 File PhotoHighland Christian boys assistant coach Tim Kelsie talks to the team during a timeout in a game earlier this season.

VALDOSTA –– The Highland Christian Academy Eagles and Lady Eagles picked up a sweep against Grace Christian in their last games of 2020.

In the boys game, the Eagles won 42-40 in overtime as Trey Bennett came off the bench late in the game to make a game-winner as time expired, stealing what looked like a victory for Grace.

Throughout the fourth, the widest margin was only two points, as both teams volleyed the lead.

With 15.4 seconds left in the game, the score was tied at 38-38. Highland stole the ball and made a fast break to the basket for a layup but would miss. Highland got the offensive rebound and shot again but could not find a basket and forced the overtime.

Both teams struggled to make a shot in overtime and the first score did not come until about two minutes left. Grace would score twice, and it looked like they would win it.

Several key rebounds from McCormick and a layup would cut the lead to two points.

A steal from Millsaps and a fast break looked like it would seal the game, but the shot did not go in.

McCormick grabbed a key offensive rebound and passed out to Bennett, who pump faked to create space and drove in for the winning shot just as time expired.

“I feel good after this one,” Highland boys coach Randy Arnold said. “We actually played all four quarters in this game, and then overtime. We did not get complacent. ... Over the break, I feel like we can get some good work done as a team. You know, we only return two guys. The rest of these guys are transfers and newcomers. We can really mesh over the break.”

Junior point guard Caleb McCormick led the Eagles in scoring, followed by junior Damarri Copeland with 12 of his own.

Arnold felt like he and his team learned some things in the victory.

“I feel like we were able to grow up some tonight,” Arnold said. “We needed that as a team. We came off the loss to Georgia Christian and we found ourselves in a battle and we won. That was good for us.”

The game remained close for much of the night, with Highland's largest lead of seven points coming in the second quarter.

McCormick also finished with several rebounds on the evening, which led to many of his team’s points.

Micah Robinson had several key blocks in the game to stifle the Grace offense.

Sam Millsaps played a vital role in the game, adding four points on offense and came up with several rebounds and steals on the evening.

Trading baskets throughout the quarter, Grace outscored Highland 12-10 to take a 29-28 lead heading into the fourth quarter.

The Lady Eagles would also win their game in the closing seconds, by a score of 37-36, but they would not go into overtime to do it.

Freshman Chasity Degale stole the show with 16 points on the evening.

The fourth quarter turned out to be a heavyweight-bout as both teams would trade shots all quarter long. Late in the fourth, Highland had a 33-29 lead and they looked to close the game out.

Grace scored yet another basket and the Lady Eagles seemed to be against the wall as they were down 36-35 with less than ten seconds left.

Highland playmaker Degale showed up again when it mattered most, as she scored the go-ahead basket to put the Lady Eagles up 37-36 with four seconds left.

Both teams kept the game close all night, with the widest margin being a Highland leave of seven in the third.

“We had a lot more fouls than we would have liked,” Eagles girls coach Tim Kelsie said. “We are young, so we will clean that up with time.”

The Lady Eagles outrebounded Grace all night, but it seemed that they could not get the baskets to fall their way.

Grace looked like they would take a 13-12 lead to the half, but senior Neveah Wallace drained a three just before time expired, to take a 15-13 lead into the half.

Wallace did not do much scoring, as she finished with five points, but she was very effective on both ends of the floor all night.

Highland got its biggest lead of the night in the third, as the Lady Eagles went up 20-13, but Grace did not go away that easily, as they went on a 10-7 run and closed the gap to 27-23 to close the third.

Kaley Degale added nine points in the game and Courtney McCormick had another four and several rebounds as well.

Haley King added three more and Marie Philor came off of the bench and played a vital defensive role in her time.

“I feel like that win was good for us,” Kelsie said. “We fought hard all night and we earned that one. I feel like we wanted it the most. We have some work to do, but I am pleased with what I saw.”