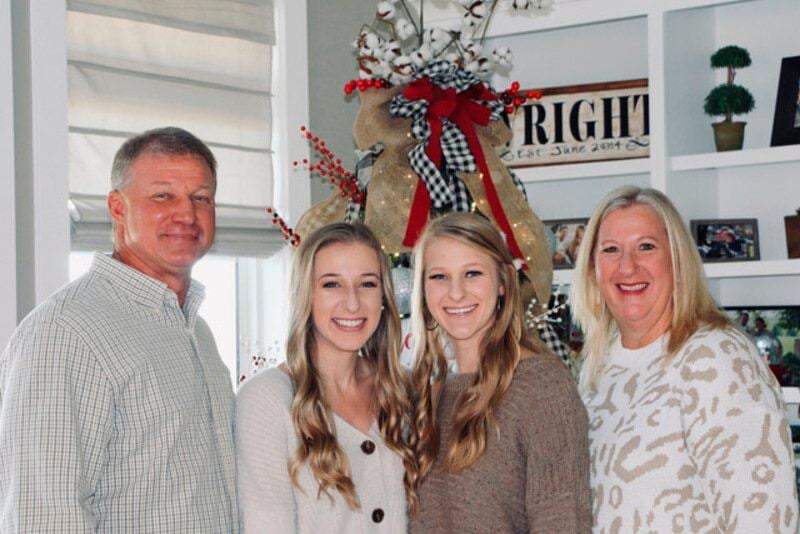 Submitted PhotoGracie Brunel with her parents and sister Mackenzie. 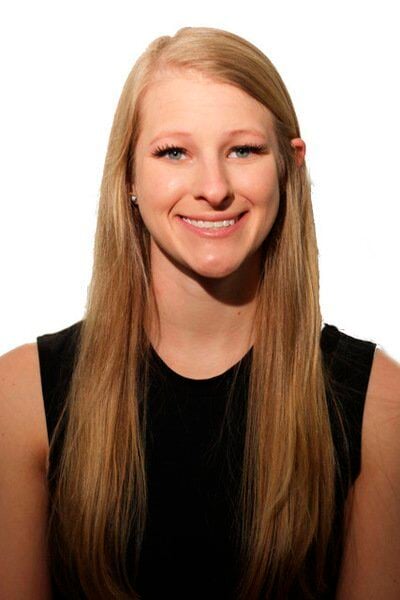 Submitted PhotoGracie Brunel with her parents and sister Mackenzie.

LAGRANGE, Ga. –– The Brunel family’s imprints are all over LaGrange College athletic history.

Rob and Melanie Brunel sported the Panther attire in the late ‘80s and early ‘90s. Rob was a four-year soccer player and Melanie played four years of softball and three years of soccer. Melanie’s father, Bobby Witcher, attended the college from 1963-64 and played intramural sports.

It was fitting that Rob and Melanie’s first daughter, McKenzie Brunel, followed in their shoes. McKenzie was a superb four-year softball player from 2016-20, earning USA South West Division first and second team laurels in 2017 and 2018, respectively.

McKenzie’s younger sister, Gracie Brunel, is tasked with continuing the family tradition. She earned a starting position on the basketball team in 2021 after transferring from the College of Coastal Georgia.

“At first, I did not want to follow in their footsteps and wanted to go somewhere different,” said Gracie, a sophomore athletically and a junior academically. “After being at another college for a year, I missed the atmosphere that I had always experienced visiting the Hill to see my sister and attending homecoming activities. I wanted to experience the things that I had heard my family talk about for so many years.”

Just like her family members, Gracie leaves everything on the playing surface and is a tremendous teammate. Most importantly, she gets the job done in the classroom with a 3.7 GPA. Giving your best in all facets of life was a requirement growing up in the Brunel household.

“My mom put us in gymnastics as toddlers to help us learn to be flexible, strong and develop the sense of competition,” said Gracie. “My parents nurtured our love of sports and allowed us to try anything. The only rule was once you start it, you must finish it. Quitting was not in our vocabulary. Over the years, I have played soccer, softball, basketball and golf.”

One of the most precious aspects about Gracie’s childhood was sharing her joy for sports with McKenzie. The sisters formed a bond that can never be broken.

“My sister and I always had each other to play ball with,” said Gracie. “We played outside all the time. We pushed each other to be the best that we could be. We were and still are each other’s biggest fans. The best memory that I have with my sister is being able to play on the same softball field and basketball court for one year in high school.”

During her first two games in January with the LaGrange women’s basketball team, Gracie’s versatility and high basketball IQ became evident. She is a game-changer with all the intangible qualities, including passion and instincts. The 5-foot-7 guard is coachable and challenges herself to improve. She has been a vital component behind LC’s 4-0 start in 2021.

“Gracie is a winner,” said LaGrange College women’s basketball head coach Jasen Jonus. “She brings her best every day in practice, whether that means going through drills at full speed or building stronger connections with her teammates. We have a deep team and Gracie adds another dimension. She will keep improving over the years and there is no limit to her potential.”

The Broxton, Ga., native applies relentless on-ball pressure and is quick to react in defensive situations, leading to many steals and fast-break opportunities. Her motor never stops on the defensive end. She dives for loose balls, sprints back in transition and rebounds among post players.

“We cannot control if our shots are falling in the basket, but we can control the intensity and effort we put forth on defense,” said Gracie. “I love to play defense and steal the ball. Great defense will eventually lead to great offense, which leads to winning games and championships.”

On offense, Gracie is multifaceted and efficient. She stretches defenses out with 3-point shooting, knocks down mid-range jumpers and finishes through contact. She also makes plays off the dribble and gets into the teeth of the defense, generating quality opportunities for her teammates.

“The up-tempo style of play that LC exhibits was one of the major enticements for me when I transferred,” said Gracie. “I love a quick-paced style of play. It is important to work as a unit with seamless transition from each phase of the game to the next. Teams that play at a certain pace, move the ball around and take the first best shot are efficient.”

COVID-19 has created a challenging atmosphere from canceled games to quarantines. Gracie focuses on the positives with opportunities to compete and being with her teammates. She plans to be involved in the Panther culture for years to come.

“Our schedule has been changed several times,” said Gracie. “We will continue to work diligently to prepare ourselves to play when given the opportunity. I am thankful the NCAA is waiving eligibility this year. My plan is to play basketball here for the next three seasons. After I get my undergraduate degree, I will begin my master’s. I would love the opportunity to stay on as a graduate assistant for the women’s basketball team.”

Gracie has an incredibly bright future. She is hardworking, committed, intelligent and unselfish. These are valuable assets in sports and the real world. They paid off for her sister and parents.

McKenzie is a registered nurse at Piedmont Newnan Hospital. Rob is director of the alternative school in Lanier County and is a fast-pitch softball and men’s soccer coach. Melanie is an elementary ESOL teacher in Coffee County.

“I am an exercise science major with a concentration in sport and human performance,” said Gracie. “I plan on getting a minor in coaching. I intend to pursue a master’s degree in health and physical education with a teaching certificate. I want to pursue the avenues of being an athletic trainer or coach.”

A: My favorite high school memories are scoring 1,000 points as a junior and getting my jersey retired as a senior.

Q: Do you have any pets?

A: I have a dog named Jeter.

A: My favorite scripture is Philippians 4:13. “I can do all things through Christ who strengthens me.”