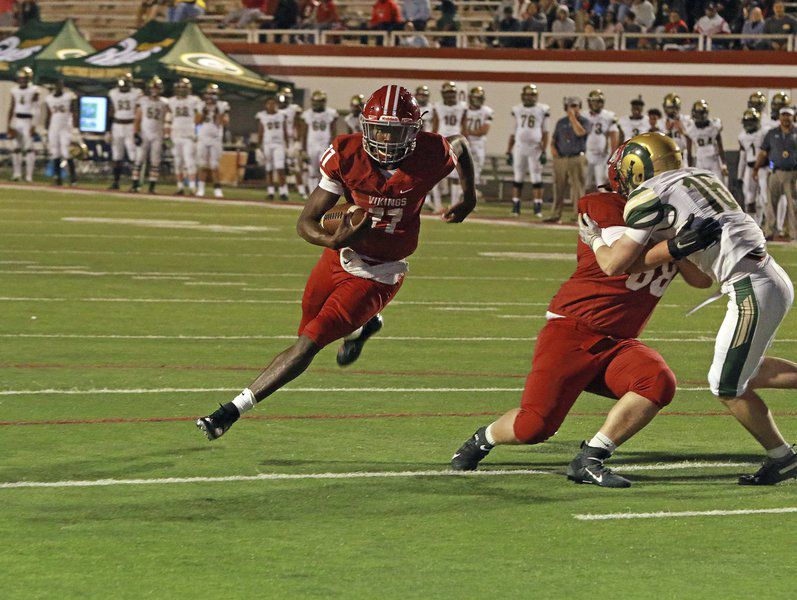 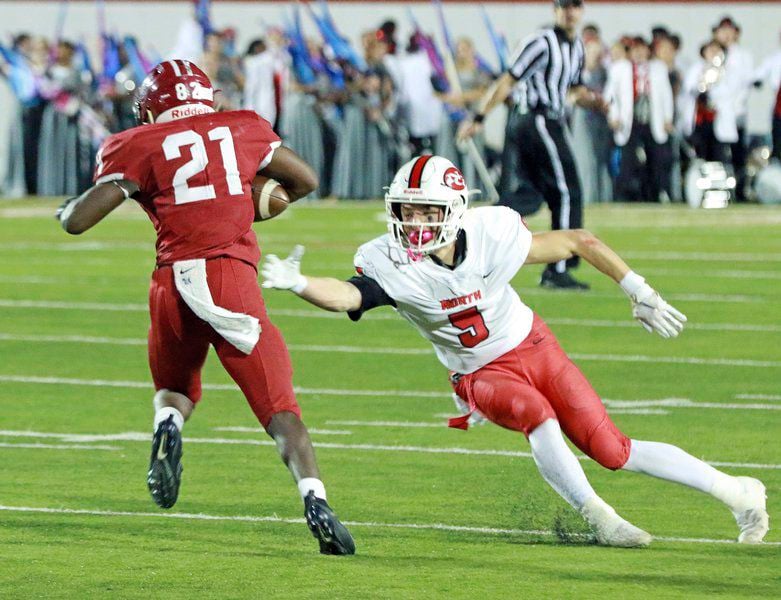 VALDOSTA –– Lowndes and Marietta are set to face off in the 7A state championship this Saturday in Atlanta.

Harrison Bailey and Arik Gilbert vs. the Concrete Curtain

This is the matchup that is selling the tickets on Saturday. Harrison Bailey, the second-ranked pro style quarterback in the class of 2020 and Tennessee commit. Arik Gilbert, the top-ranked tight end in the nation and LSU commit that recently won the Gatorade Georgia Player of the Year award.

They’re the dynamic duo that had Marietta as the top program throughout preseason polls and have powered the Blue Devils to the state final for the first time since 1967.

They’ll present a test like no other to the vaunted Lowndes defense. The Concrete Curtain enters the game only allowing 11.2 points per contest. They tallied 762 tackles, 111 tackles for a loss, 77 quarterback hurries, 51 sacks, 38 pass deflections, 10 interceptions and five fumbles.

It’s a battle of Goliath versus Goliath.

If there has been one chink in the Vikings' armor, it’d be defending against deep passes. In the last six games, Lowndes has allowed six passing touchdowns of 30 yards or more. With the defensive scheme, sometimes players are caught out of position or have bad angles.

Marietta has a trio of Division I targets that’ll make Lowndes pay if they aren’t dialed in every possession.

The aforementioned Gilbert (LSU), Ricky White (Michigan State), and Taji Johnson (Boston College) have combined for 3,509 of Marietta’s receiving yards and are each dangerous in their own right.

Lowndes’ secondary and even the outside linebackers are going to have to have their best performance of the year.

In Marietta’s semifinal game they faced a quarterback and running back duo that recorded 195 yards rushing and 121 yards passing, respectively.

What do you get when you roll that duo into one?

Brown has been on a tear this season, rushing for 1,508 yards and 20 touchdowns while passing for 1,253 yards and nine touchdowns.

He is coming off of his best offensive performance of the season after rushing for 200 yards and two touchdowns and passing for 168 yards and three touchdowns against North Gwinnett last week.

It’ll be a task for the Blue Devils to keep Brown contained for the contest, but if they can they’ll take a lot of pressure off their offense.

A key to how well Brown will play is dependent on the players in front of him. The Lowndes offensive line has cleared the way for the Viking’s offense to grow throughout the season. They’ve created lanes for runners and protected Brown when he attempts to pass the ball.

If they create the holes to get the run game effectively flowing, it’ll spell trouble for the Blue Devils. If they can’t, Lowndes will have a long night and will be heavily reliant on their defense to secure victory for them. Saturday will mark the last game together for the Lowndes offensive front. The passion might bode well for them.

This rendition of the Viking offense has broken the mold with their ability to throw the ball. They deploy four receivers that have the ability to break off a big play, if given the chance. Three of those receivers are seniors and will be playing in their final football game for the crimson and white. A few weeks ago coach McPherson noted that they weren’t opening the full playbook. Saturday might be the game to put their full offensive potential on display. If the game ends up even on all other levels, the Lowndes receiving core might be the difference maker in the contest.

Juston Lewis is a sports reporter at The Valdosta Daily Times.