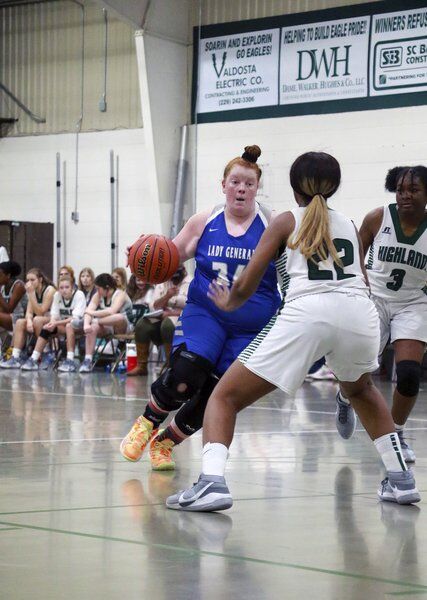 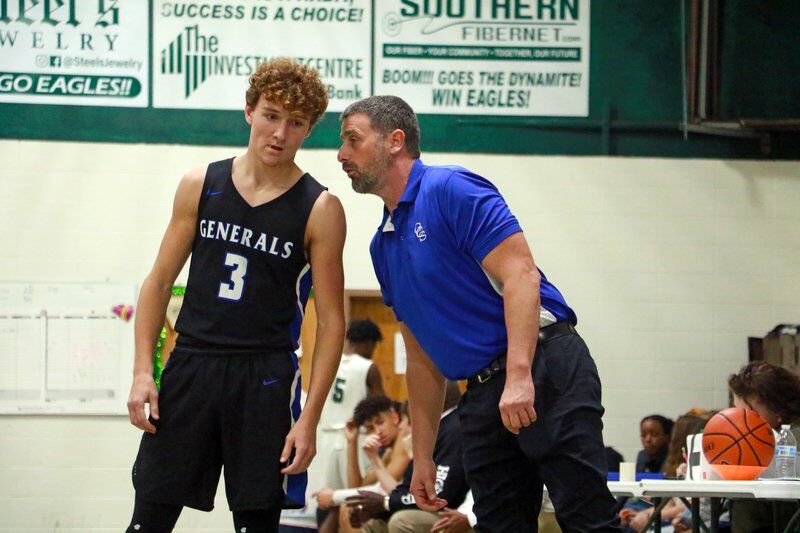 DASHER –– In back to back games, the Georgia Christian Generals (3-0) found themselves behind.

In back to back games, they were able to come back and win.

Benji Galindo once again stole the show at the end of the game. With two seconds left, the eight-grade phenom put up a shot to leave Valwood (0-2) with two seconds of game clock.

With an inbound pass from Valwood to try to get a shot off, Benji knocked the ball away as time expired –– sealing a 60-59 victory for the Generals.

Benji didn’t do it all on his own, though, as several key plays occurred to get to that point.

With just over a minute left to play in the game, the Generals found themselves down by four points.

But for senior leader Christian Johnson, he knew what was needed and he got it done. After a rebound by Hendrix Grimes, Johnson pulled up from three to close the deficit to 59-58.

Another Grimes rebound ultimately led to Benji's go-ahead bucket to seal the game for the Generals.

Johnson led all scorers with 17 points, hitting several key three-pointers, followed by Benji with 16 points. Buster Galindo finished with 12 points as the Generals remained perfect on the season.

Valwood opened the scoring with a quick 3-pointer in the game, followed by a Benji score. Valwood quickly scored again, and it looked like the Generals would have their hands full with Valwood’s scoring abilities.

At the end of the first, Valwood built a 20-12 lead, with Hendrix Grimes scoring five of those 12 points.

The Generals would play much better in the second quarter, as they outscored Valwood 20-15, to pull within three and Valwood would take a 35-32 lead into the half.

Benji would score seven of his 16 points in the second quarter alone, all within two minutes of play.

The Generals outscored the Valiants 15-9 in the third and took a 47-44 lead in the fourth.

Miguel Trejo had a solid outing with six points and five rebounds, to go along with a couple of assists.

Johnson hit a pair of 3s in the fourth, and Buster added a triple, before Benji put the final dagger in the Valiants for the win.

“That just comes from the experience. We stayed cool and calm all night. Even Benji, our eight-grader, he stays poised as well. I had belief in them that they could get it done and they did. This was great for team-building and confidence.”

For the second straight game, the Georgia Christian Lady Generals put on a dominating performance.

This time, however, they did not allow their opponent back in the game as they cruised to a 42-16 win over Valwood Thursday night.

“We went back and fixed some things on our off day,” head coach Drew Copeland said. “This was a good win for us.”

Senior point guard Evan Copeland dazzled with 13 points along with several rebounds and steals. Marris Jones also had 13 points in the win.

The Lady Generals opened with a 9-0 lead before the Lady Valiants would score, and that would prove to be the closest Valwood would get to GCS.

GCS senior Jaci Black returned to the starting lineup after missing a couple of games. She finished with four points on the evening.

“We were glad to get Jaci back,” Copeland said. “It’s always good to get those leaders back on the team. She did a great job tonight.”

Another senior, Jenna Sykes, had another great game, as she finished the night with 10 points and had several rebounds and steals of her own.

The Lady Generals took a commanding lead into halftime, as they were up 34-6.

In the third and fourth quarters, GCS was able to get some depth in the game, as the bench saw significant playing time in the game.

“I am glad we were able to get some of the younger group in the game,” Copeland said. “We are a senior heavy team, so it is important those girls get that experience when they can, because next year, this is their team.”

One of those underclassmen is sophomore Katie Moss, who finished with four points on the evening, but showed that she has what it takes to lead her team in the future.

With the bench in the game, the Lady Valiants outscored the Lady Generals in the fourth 14-8, but the lead was insurmountable for any sort of comeback.