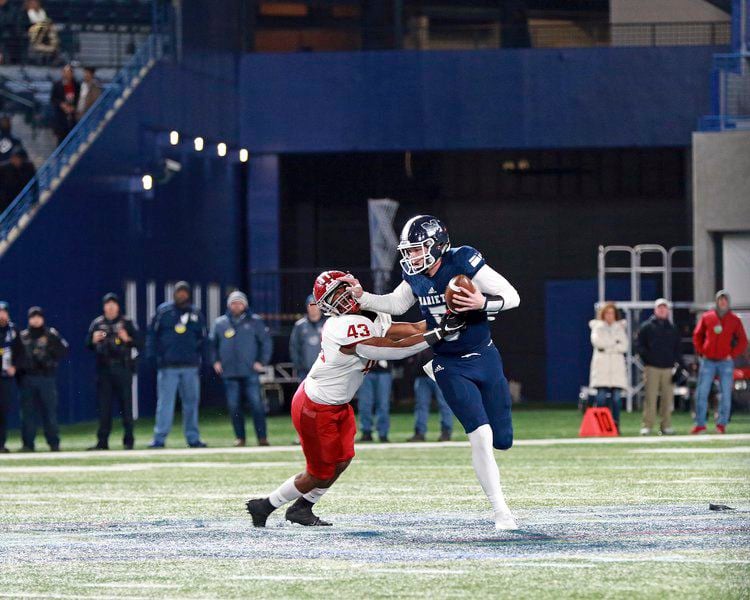 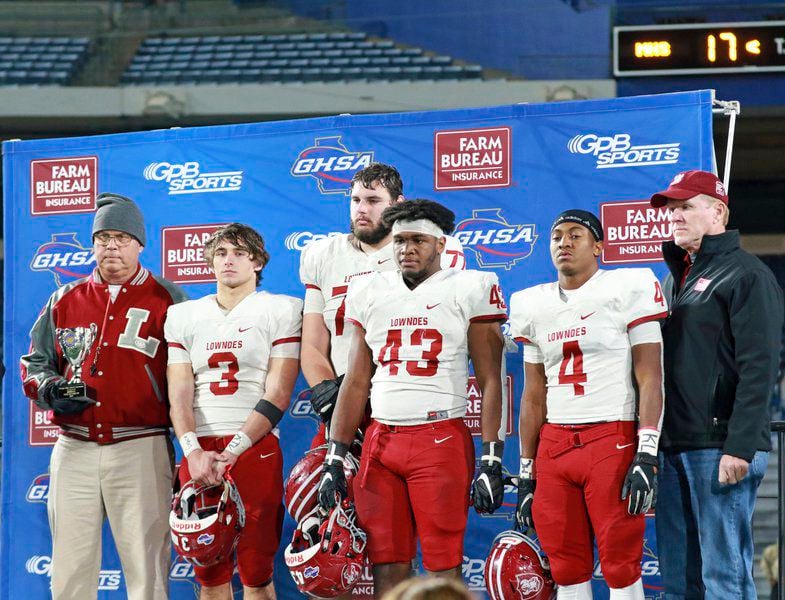 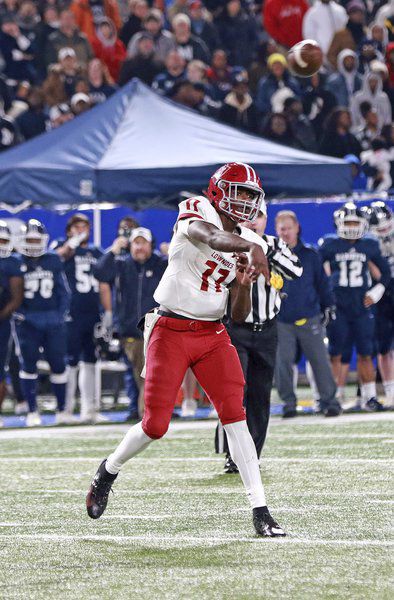 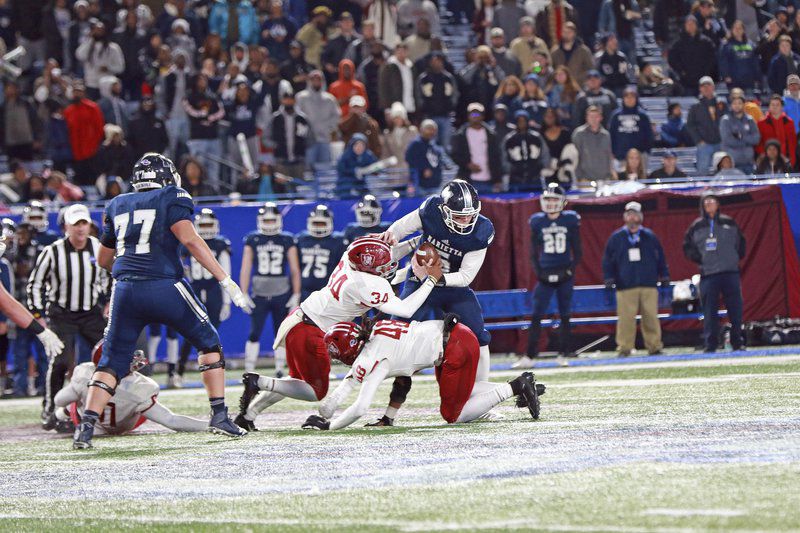 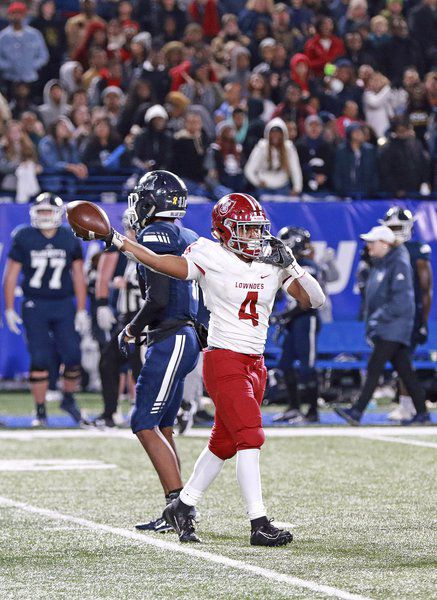 Lowndes drew a blank in the opening half for the first time this season while Marietta ripped 17 points off behind two rushing touchdowns from Kimani Vidal and a field goal.

The second half saw the Vikings become more aggressive on defense and their offense start to settle. The Concrete Curtain was able to start playing their style of play, led by Devonn Lane who finished with a team leading seven tackles, two tackles for a loss and two sacks.

“It’s heartbreaking but we had a bad first half,” Lane said after the game. “We could’ve done better in the first half. I love these guys so it’s very heartbreaking.”

Lowndes made the necessary adjustments at halftime to keep the Blue Devils within reach.

They got their first points of the game with a field goal in the third quarter after Marietta’s punter fumbled the ball and gave Lowndes the ball in Blue Devils territory.

On the ensuing kickoff, a penalty put Marietta’s offense inside their 10 yard line, allowing the Concrete Curtain to force another punt.

With the punter backed into the end zone, Ramecia Burgman blocked the punt and allowed the Vikings to take over at Marietta’s 12 yard line.

From that drive, Lowndes was able to score its only touchdown of the game. Jacurri Brown was flushed out of the pocket and flung a pass in the direction of receiver Ghetti Brown.

Ghetti caught the ball while falling backwards, but had the presence of mind to extend for the pylon before falling out of bounds.

The play was one of six Brown to Brown connections on the night. The senior receiver capped his night with a team-high 48 yards and a touchdown in his last game as a Viking.

“It was a great, humbling experience and I knew I had to lead by example,” Ghetti said about his final game. “I know it’s a once in the lifetime opportunity. Every thing that I did, (teammates) were looking at me to follow. I had to set a good example on and off the field. Right now I have to keep my head up and encourage them to keep their head up.”

Because of a blocked extra point, Lowndes got within eight points but they never closed the gap beyond that.

Marietta’s top stars all shined in the contest.

“We had to come in and regroup,” defensive coordinator Byron Slack said after the game. “We gave up some big plays and got jumped a little bit early on. They’ve amassed such great skill kids over there. But it’s just the resiliency of our kids. We settled down and started playing some ball … I thought we did everything we could. You’ve got to play four quarters in the championship. We played about three and maybe a couple minutes. That just wasn’t good enough tonight. It ended up being the difference.”

Marietta’s defense locked onto Jacurri for the entirety of the game. He was held to a season-low 37 rushing yards and had trouble slipping through holes and being elusive.

Even without his rushing game, he still battled through the air, finishing the night 12-of-22 passing with  76 yards and one touchdown.

He rolled out of the pocket to extend plays several times—something that the hasn’t done a lot of this season.

“We fought,” Jacurri Brown said about the team’s performance. “There’s nothing to cry about. We fought, we had a chance and played good in the second half. (Marietta) is a good team and they have a lot of stars. That’s just how it goes sometimes. You win some and lose some.”

Penalties plagued the Vikings throughout the contest. They finished with 14 penalties for 104 yards but the flags came at the most inopportune times.

The Vikings were called for a blindside block penalty just before their final drive. It took the ball from the 35 to the 20 and felt like it flattened the tires on what could’ve been a game-tying drive.

But even with the penalties the Viking’s remained the contest until the last whistle.

That’s due largely to the senior leadership of Lowndes.

Players that have wanted this opportunity since they were kids.

They made sure not to waste their last ride.

“Best senior class I’ve had,” head coach Randy McPherson said after the game. “Character-wise, effort-wise, just unbelievable kids. Fight about them. Always played hard. Now we’re going to try to figure out where they’ll be next year. ... Their next level.”

With the loss, Lowndes will have to wait at least another year for that elusive sixth title.

They’ll be returning a host of players next year but losing a senior class of 39 players that will always have a special place at Lowndes.