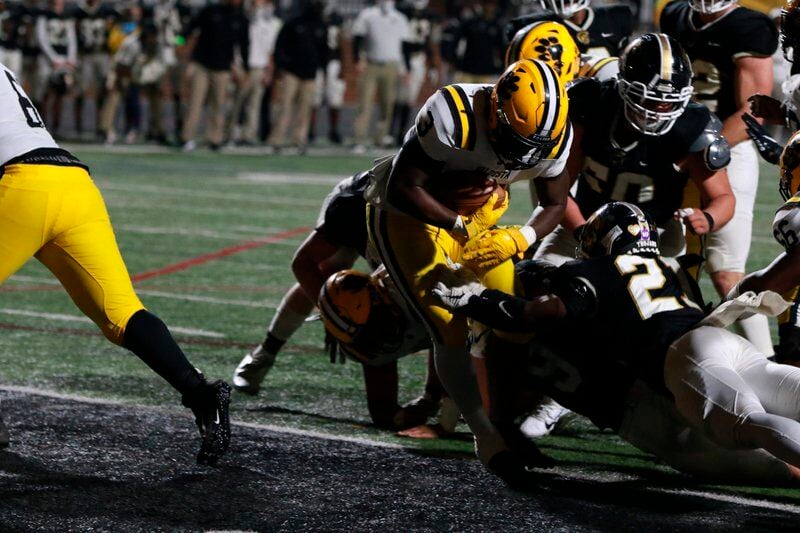 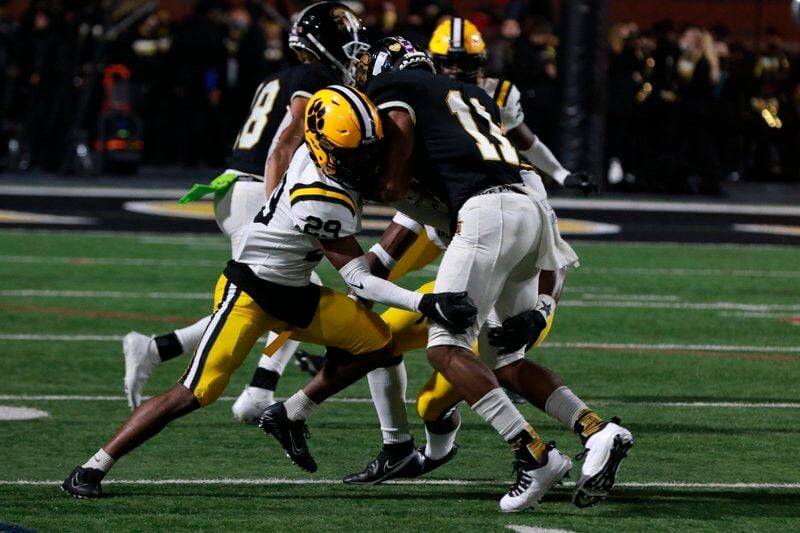 VALDOSTA –– The Valdosta Wildcats (7-4) sit just one win away from making their first state championship game appearance since 2016.

The only obstacle that stands in their way is the Buford Wolves (11-1), who defeated Langston Hughes 44-15 last week to advance to Friday’s semifinal.

The ‘Cats seemingly flipped a switch in the third quarter to blast past the Carrollton Trojans 36-15 last week in Carrollton.

Late in the third quarter, quarterback Amari Jones appeared to throw a sure interception to a Carrollton defensive back in the end zone. Fortunately for Valdosta, the ball hit the defender squarely in the hands before falling harmlessly to the turf.

On the next play, the ‘Cats went to Kaleb Robinson, who powered in from two yards away to open up a 29-15 lead with 1:30 remaining in the third quarter.

“Big,” Valdosta head coach Rush Propst said of the dropped interception. “The guy could’ve picked it and he didn’t. You’ve got to make plays in those situations, and he didn’t. We ended up scoring and getting ahead. ... Any time you win like that, it’s big. A quarterfinal win on the road after traveling as far as we have the last two weeks, I can’t think of any time in my career that we’ve ever done this.”

For the second week in a row, the ‘Cats got a lift from their running game. The lift came in the form of junior running back Terrell Denson.

Denson had 13 carries for 135 yards, including an electric 86-yard touchdown run just 15 seconds into the fourth quarter.

On second-and-8 from Valdosta’s 14, Denson exploded through the middle of the Carrollton defense while hardly getting touched as he rolled all the way to the end zone to extend the Valdosta lead to 21 points.

Valdosta finished with 298 total yards and 267 yards of total offense.

Jones completed 11-of-22 passes for 101 yards, but was prominent in the running attack with 17 carries for 63 yards and two touchdowns.

Defensively, Valdosta forced two turnovers by way of interception –– one by Rhym and another by freshman defensive end Eric Brantley.

“I thought they persevered pretty well,” Propst said after the game. “I thought we had ebbs and flows, ups and downs. We started off really good, got up 14-0 and things are going good and then all of a sudden, we just went into a tank. Our body language wasn’t good, we look like we were tired. I do think the effects of the trip to Evans were still apparent. I think that had a lot to do with it.

“People don’t understand how hard it is to win on the road. We’ve taken the two farthest trips I’ve ever taken back-to-back; going to (Evans) and then turning around and coming over here on the west side of the state, it’s really tough. I’m proud that we persevered. About mid-third quarter, we just turned it on and the rest is history.”

Buford comes into tonight’s game on an 11-game winning streak after losing their season opener way back on Sept. 11.

In short, Buford will be the most dominant defense they will play all season.

Valdosta has won six of its last seven games, including the first three games of the state playoffs.

Through the first three rounds of the playoffs, the ‘Cats have been explosive offensively; averaging 44 points per game and producing 359.3 yards per game.

Defensively, the ‘Cats have forced five turnovers and have been strong against the run –– allowing just 87.3 yards per game on the ground.

Tonight’s game kicks off at 7 p.m.