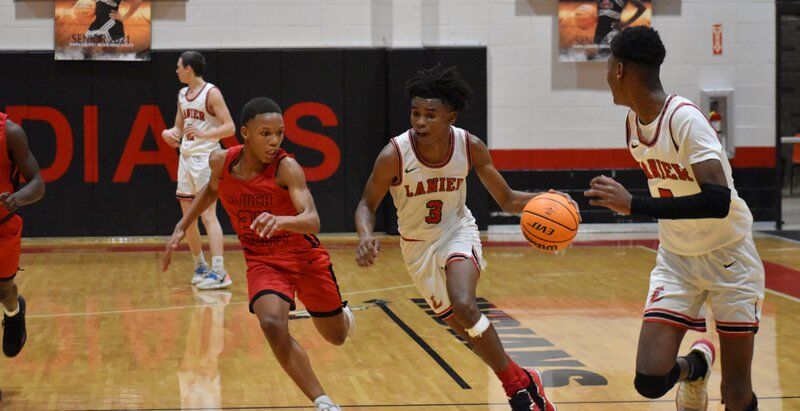 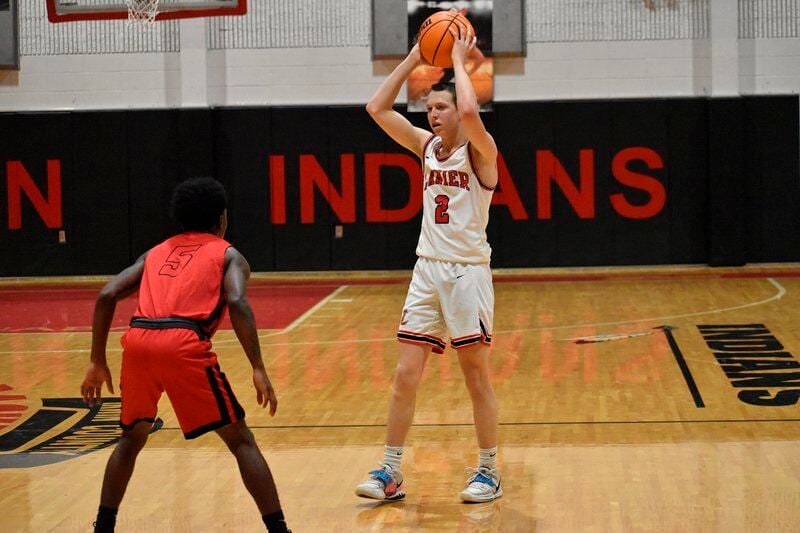 Gerald Thomas III | Special to the TimesLanier County guard Ethan North (2) looks to pass the ball during a game against Clinch County Thursday. 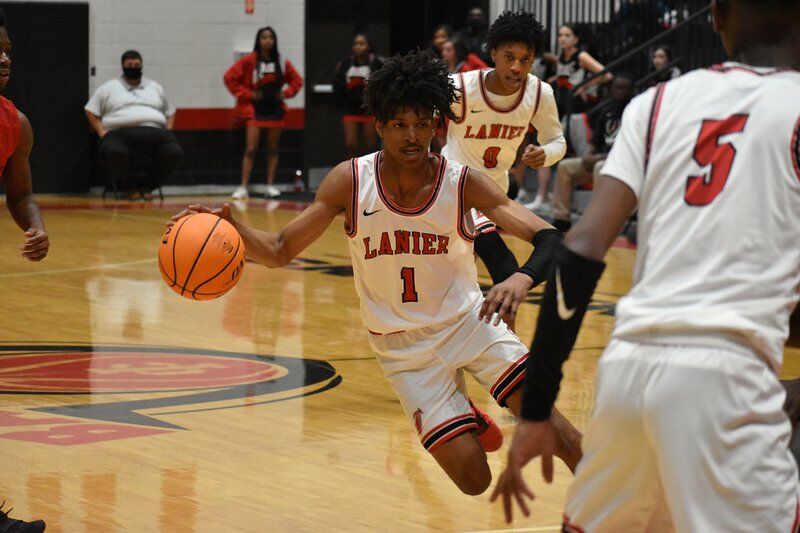 Gerald Thomas III | Special to the TimesLanier County forward Jaquan Pope (1) handles the ball in transition during a game against Clinch County Thursday.

Gerald Thomas III | Special to the TimesLanier County guard Ethan North (2) looks to pass the ball during a game against Clinch County Thursday.

Gerald Thomas III | Special to the TimesLanier County forward Jaquan Pope (1) handles the ball in transition during a game against Clinch County Thursday.

OCILLA –– The Lanier County Bulldogs could not make it to the Region 2-1A Region Championship, but they got the next best thing; a bronze metal after winning the Consolation game 78-69 over the Clinch County Panthers.

There was no shortage of scoring to begin the game with the opponents making their way down the court to put the ball in the basket quickly.

The Panthers began the game full court pressing but that was until Jaquan Pope ran the floor and received a pass before dunking it home for the Bulldogs.

That caused the Panthers to abandon the game plan.

“It’s no accident,” Bulldogs head coach Joel Stites said. “I thought we did a pretty good job at handling the press and getting layups. That’s what you’re supposed to do. That accounted for easy buckets.”

With the game tied at 19, Rashod Brockington pulled the Bulldogs in front with a three with 1:41 left in the first quarter.

The Bulldogs would not give up the lead for the remainder of the game, going into the second up 28-24.

Brockington would then be responsible for the Bulldogs grabbing a double-digit lead after another three, taking a 36-26 advantage.

On the following possession, the slashing Pope converted an and-one before screaming, ‘Them boys too small,’ before cashing in on his free throw to get a 39-28 lead for the Bulldogs.

The Bulldogs would lead by as much as 14 before the Panthers brought their deficit back to single digits, ending the half down 47-39.

In the third quarter, the Panthers inched within two to get into striking distance.

They went into the final eight minutes of action down 59-57 after going on a 18-12 run on the Bulldogs.

But the Bulldogs held on and closed the game behind the Pope as he began the quarter with another and-one score as they drained the clock to clinch the third seed.

“We showed a little bit more patience, executed, and ran our offense,” Stites said after the game. “We had a stretch in the first half where we scored on six possession in a row. At the end of the game, we did a better job at not rushing shots and making foul shots.”

“We wanted more and think we could’ve got more,” Stites said. “But right now, we got to be happy with the opportunity to go play a two-seed. I think we’re going give someone a heck of a good game and our goal is to go win another game to keep playing basketball.”