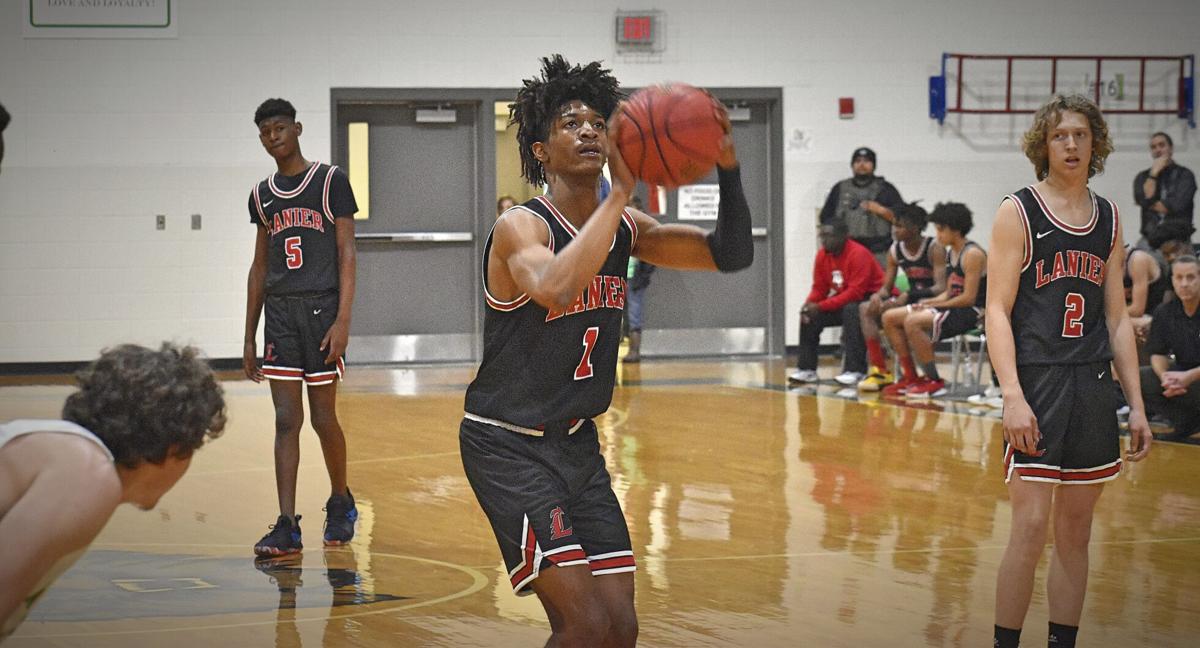 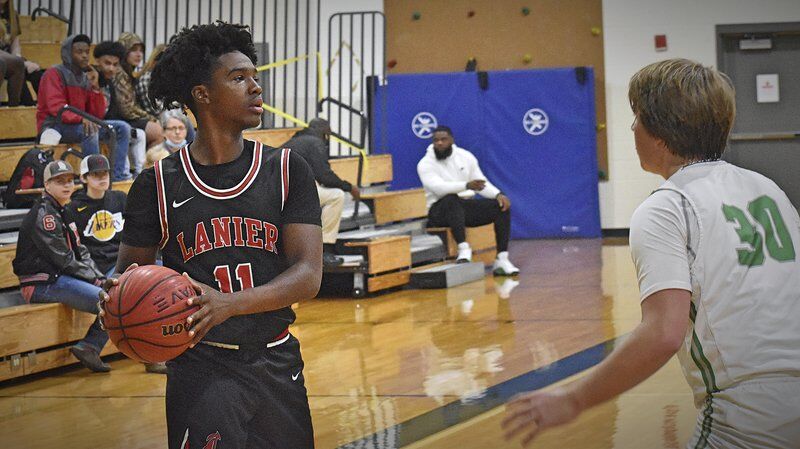 Gerald Thomas III | Special to the TimesLanier County guard Rashod Brockington (11) looks to pass the ball during a game against Echols County Wednesday in Statenville. 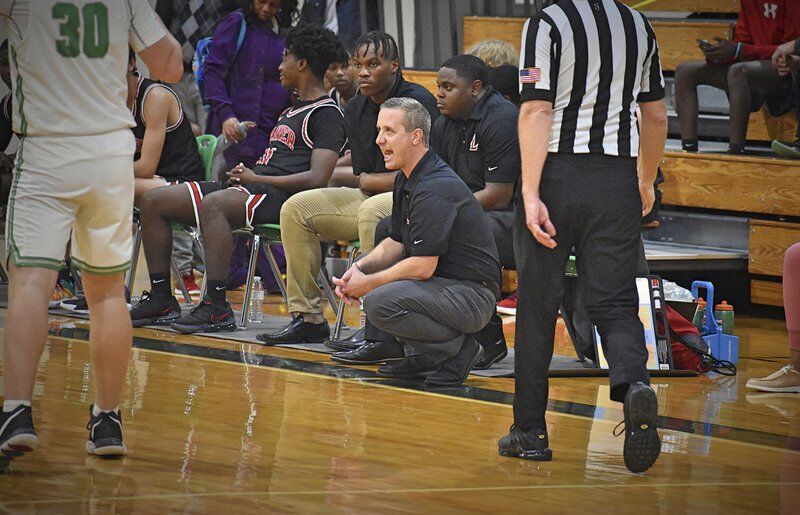 Gerald Thomas III | Special to the TimesLanier County guard Rashod Brockington (11) looks to pass the ball during a game against Echols County Wednesday in Statenville.

STATENVILLE –– In their second game back from quarantine, the Lanier County Bulldogs made a statement against Region 2A rival Echols County –– winning 82-35 Wednesday

With the win, the Bulldogs raised their region record to 2-0 after also taking down Turner County on Monday.

The Bulldogs had momentum from the first whistle.

Then the Bulldogs went on a run of scoring in entertaining fashion.

Pope and EJ Brown both had flushes in the second quarter as the Bulldogs took a 23-6 lead at the end of the first quarter.

The second quarter came around and it was more of the same.

The Bulldogs took a 27-7 lead after Pope knocked down a three pointer.

Echols finally broke double-digit points after Weston McLeod knocked down a three with nearly two minutes left in the first half.

The scoring of the Bulldogs had them with a 37-18 lead at the break.

Coming off halftime, it was more of the same.

The Bulldogs were still dominating.

EJ Brown dished a no look, behind-the-back pass to Xavier Ryan to take a 43-18 lead.

Ryan broke free on a fast break to open up a 30-point advantage for Lanier, leading Echols to call timeout.

As the subs checked in near the end of the third quarter, Lanier went up 70-30 heading into the fourth after Marcus McGriff checked in and knocked down a three.

The substitutes came in and closed out the game for Lanier in the final eight minutes.

“We’re grateful to be back in the gym,” Lanier Head Coach Joel Stites said after the victory. “It’s been a tough couple of weeks for us. We could not practice or see each other. A lot credit goes to my team. We practiced on Sunday and played on Monday and won a tough and gritty game against Turner that most folks did not expect us to do. We came here and just wanted to get better today.”

Due to COVID-19 concerns and the upcoming football schedule, the Bulldogs' upcoming games against Irwin County and Cook were postponed.

“The world that we live in is COVID,” Stites said. “And right now, COVID is undefeated. We are not playing anyone this weekend. Irwin County elected not to play us because of football and Cook will not be able to play us because they’re down for a little bit.”