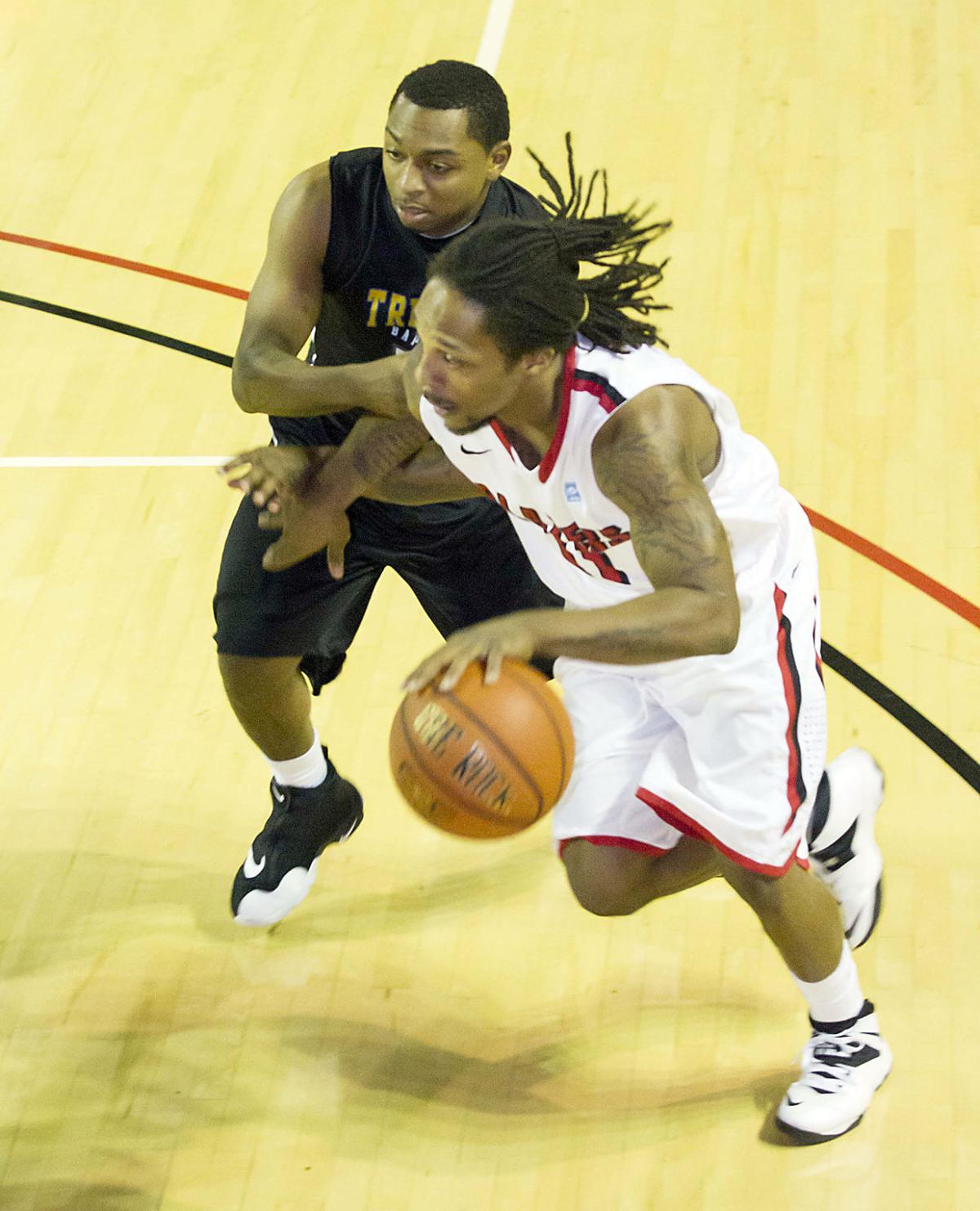 Junior guard Larry Stone (11) blows past a Trinity Baptist defender on the dribble. 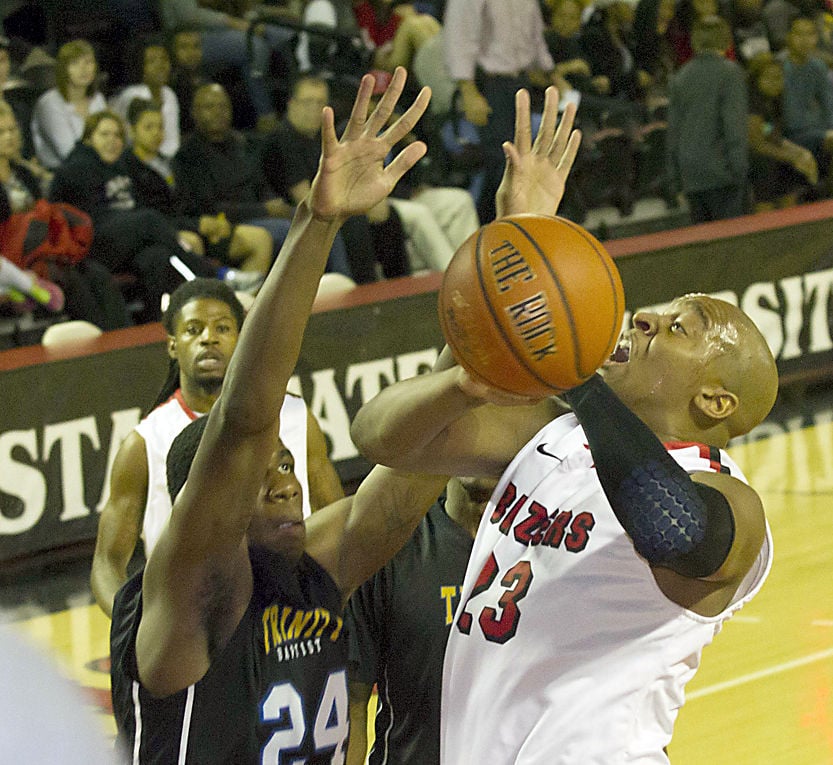 Valdosta State forward Jarod Leonard (23) is fouled by a Trinity Baptist defender while attempting a shot.

Junior guard Larry Stone (11) blows past a Trinity Baptist defender on the dribble.

Valdosta State forward Jarod Leonard (23) is fouled by a Trinity Baptist defender while attempting a shot.

The Valdosta State Blazers (7-1) will take the floor for their first game of 2014 tonight when they host West Alabama (5-4).

VSU last played December 19, losing 72-59 to Lee University for its first loss of the season. The Blazers struggled from the field and were outhustled on the glass. VSU shot a season-worst 31.3 percent from the field, made just 5-of-26 from three-point range and were outrebounded 49-33.

Following Thursday’s practice, Blazers head coach Mike Helfer expressed optimism that his team will be fresh and ready to go on Saturday.

“The break was good from a mental standpoint,” Helfer said. “We have a long way to go physically to get back to that level of conditioning we were at before we left. The good thing is that all of Division II is under the same rule so everybody has the same amount of time off to prepare for these games.”

The Tigers are 5-4 this season, but have blowout victories against the likes of Delta State and defending GSC champion Christian Brothers.

“I think they’re very good,” Helfer said. “They have a win over a Division I program (The Citadel) this year. They’re very well-coached. Their kids play very hard—they don’t make a lot of mistakes. It’s going to be a very good basketball game and both teams, I hope, will play at a high level coming off the seven or eight day break.”

The Tigers present an interesting challenge with their size and athleticism throughout their lineup, led by Preseason All-Gulf South Conference swingman Sandy Underwood. Underwood leads the Tigers in scoring at 18.4 points per game.

The 6’5” senior has scored 20+ points in five of the Tigers’ nine games this season and will be the focal point of the Blazers’ defensive game plan.

“You just try to make him work for his points,” Helfer said. “Great scorers, great players—they just find ways to get it done. You want to find ways to make it hard on him and not give him any easy stuff.”

The Blazers have won four of the last five meetings with the Tigers including both games last season, which were decided by four points combined. Despite his team’s recent success, Helfer downplays the notion it will help on Saturday.

“I think we can throw all of those previous games out the window,” Helfer said. “Mark Downey is a very good coach who knows what it takes to win in this league. I would expect that they would come in here with a lot of confidence and ready to go. I don’t ever want to look back—I just want to look at the game Saturday and see what happens.”

Though the Blazers will be playing in front of a mostly bare student section due to the holiday break, Helfer is glad to be playing at home but understands nothing is guaranteed.

“We miss our students,” Helfer said. “For fans to come out, you have to put a good product on the floor, where the kids play hard. We’re happy to be at home but I don’t think it gets us anything on the scoreboard—it’s still 0-0 when you start.”

The Blazers will look to improve to 8-1 when they host the West Alabama Tigers on tonight. Tip-off is scheduled for 8 p.m. at the VSU P.E. Complex.