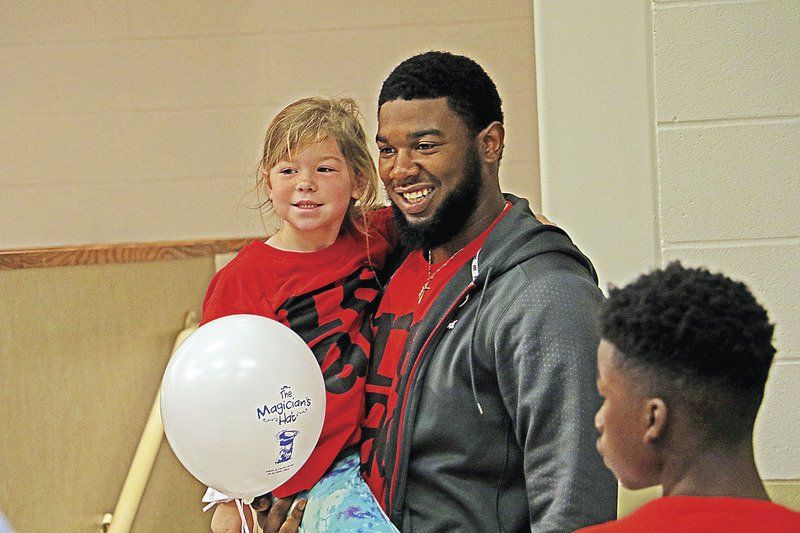 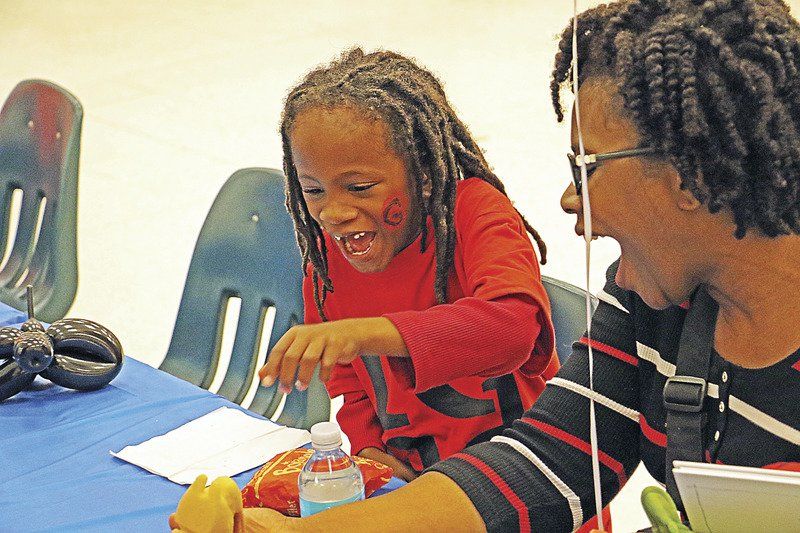 Derrick Davis | The Valdosta Daily TimesColin Pilgrim, 6, and his mother Antolina react to a magic trick performed by a magician at a "Family Fun Day" hosted by former Valdosta High and University of Georgia receiver Malcolm Mitchell on Saturday at Valdosta Middle School. 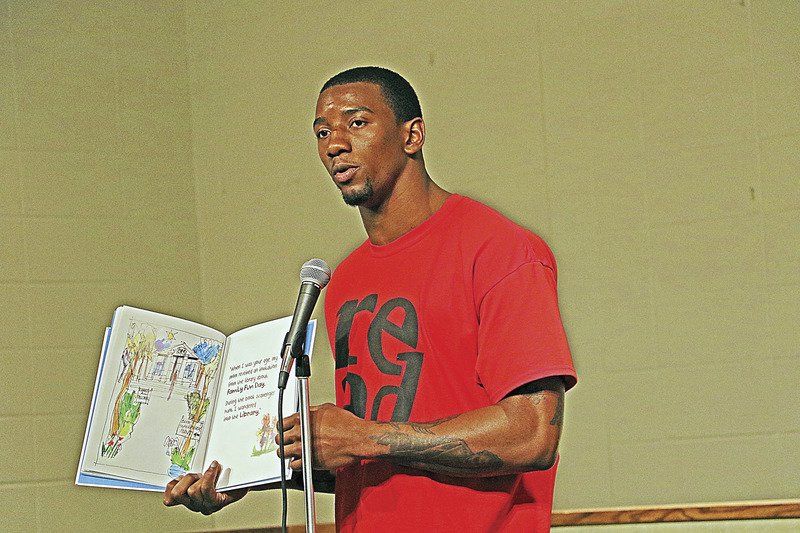 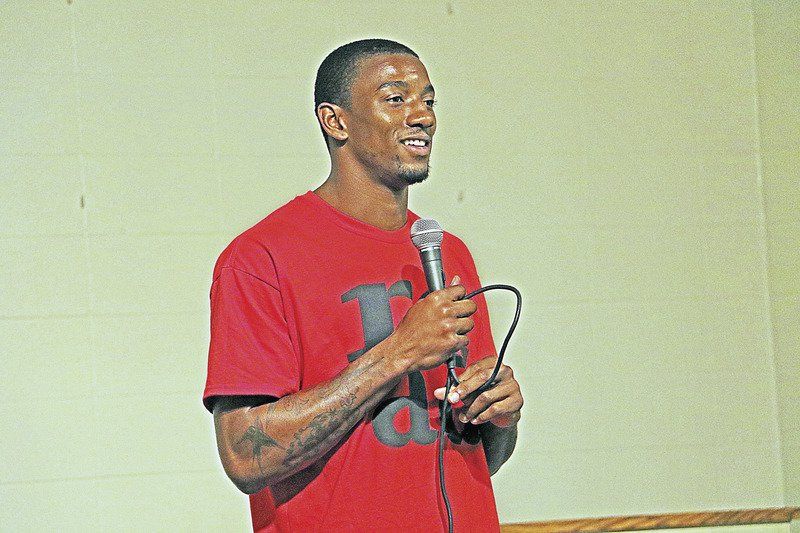 Derrick Davis | The Valdosta Daily TimesColin Pilgrim, 6, and his mother Antolina react to a magic trick performed by a magician at a "Family Fun Day" hosted by former Valdosta High and University of Georgia receiver Malcolm Mitchell on Saturday at Valdosta Middle School.

VALDOSTA — “The Hunger Games” has been a wildly popular series both on the big screen and in paperback in recent seasons, so it doesn’t come as a huge surprise former Valdosta High and University Georgia receiver Malcolm Mitchell is a fan.

It does, however, come as a slight surprise that the same series famous for Katniss Everdeen also helped provide inspiration for Mitchell’s book, “The Magician’s Hat.”

Mitchell concluded his homecoming to the Azalea City on Saturday by hosting a “Family Fun Day” at Valdosta Middle School. Aside from Mitchell reading his book in between meet and greet sessions, the guests also enjoyed face-painting, a Wes Sewell photo booth, a balloon artist and performances by magician Jeff McClure.

Though these book readings and “Family Fun Days” have become almost commonplace for Mitchell now with the popularity of “The Magician’s Hat,” there is something special about coming back to Valdosta and seeing familiar faces.

“It’s refreshing just to get the opportunity to interact with them, visit with them,” Mitchell said. “So much has changed since I seen some of them last. It was five years ago when I was in high school in Valdosta, Georgia.

“Some people haven’t seen me in that long and definitely haven’t been able to interact with me how they were today.”

Those familiar faces made sharing Mitchell’s journey and the book that came from it with those in attendance, which already evokes a tender feeling in him, an even more emotional moment Saturday. Mitchell said the people he sees when he’s in Valdosta know the distractions and mistakes he fought through to become who he is today.

“It’s different in the sense, when I go to another town, they didn’t see me as an adolescent until me transitioning now, because I’m still growing as a person, I’m only 22, it’s not like I have it figured out,” Mitchell said. “But when I come here and I talk, they know exactly what I’m saying because they saw me go through it all; the good, the bad, the ugly.

“Everybody in Valdosta either saw it or was a part of it. So to come back to and to speak to them about it just makes me feel really good.”

Once the dust settled on nearly three and a half hours of family fun, Mitchell sat down in a room with cameras and reporters — that’s where he described the feeling he got after reading “The Hunger Games.”

Mitchell said that even after putting the book down he felt himself living in the districts described in the novel. It was that feeling that inspired Mitchell to write “The Magician’s Hat.”

“Man, it’s like magic. That’s a powerful feeling,” he said. “And that’s how the magic came about.”

Not everything came to Mitchell right away though. The Captain of the 2015 Allstate American Football Coaches Association Good Works Team detailed his writing process that included jotting down lines to the book on folded notebook paper, using Powerpoint slides to order the narrative and even the original protagonist of the story — a helpful magical rabbit before deciding a furry magician isn’t cool.

Mitchell thought, “what’s true magic;” the answer became the subject and title of the final print of the book, “The Magician’s Hat.”

“For me, reading is a magical experience,” Mitchell said.

Derrick Davis is a sports reporter at the Valdosta Daily Times.