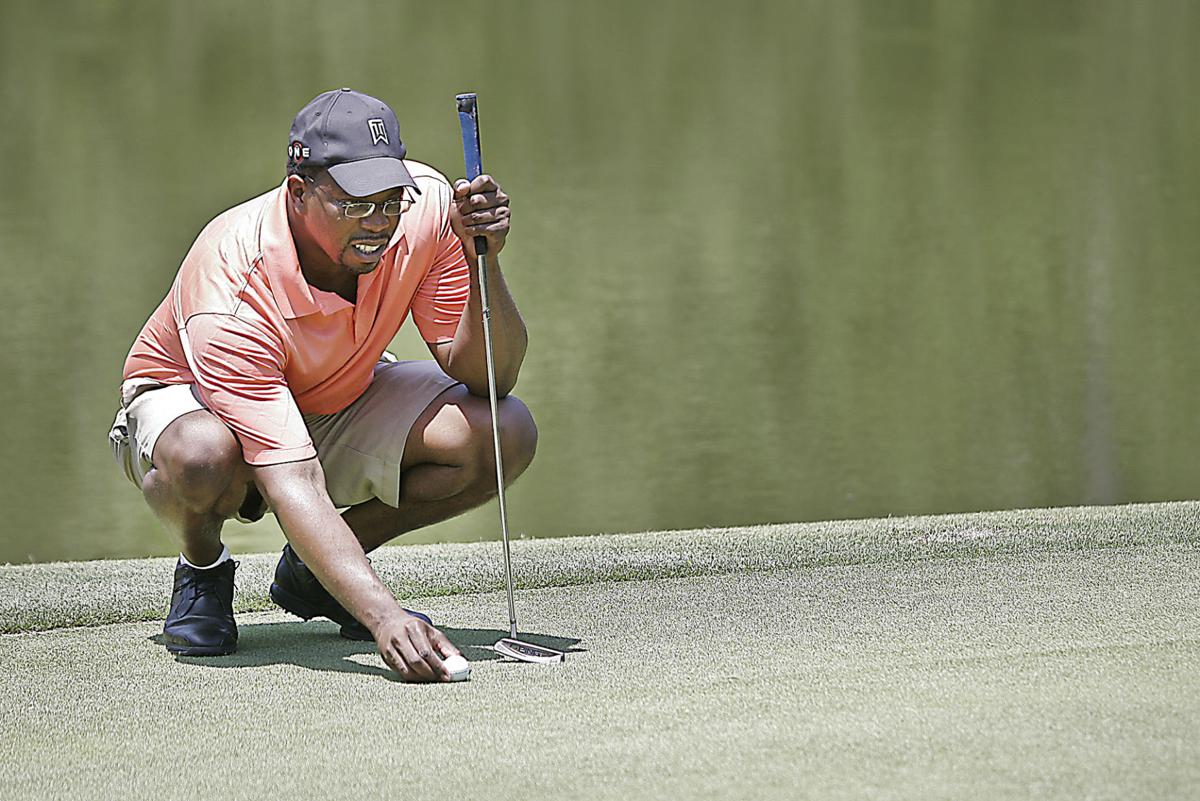 Johnny Ball lines up his putt during the American Cancer Society’s golf tournament on Thursday at Stone Creek Golf Club. 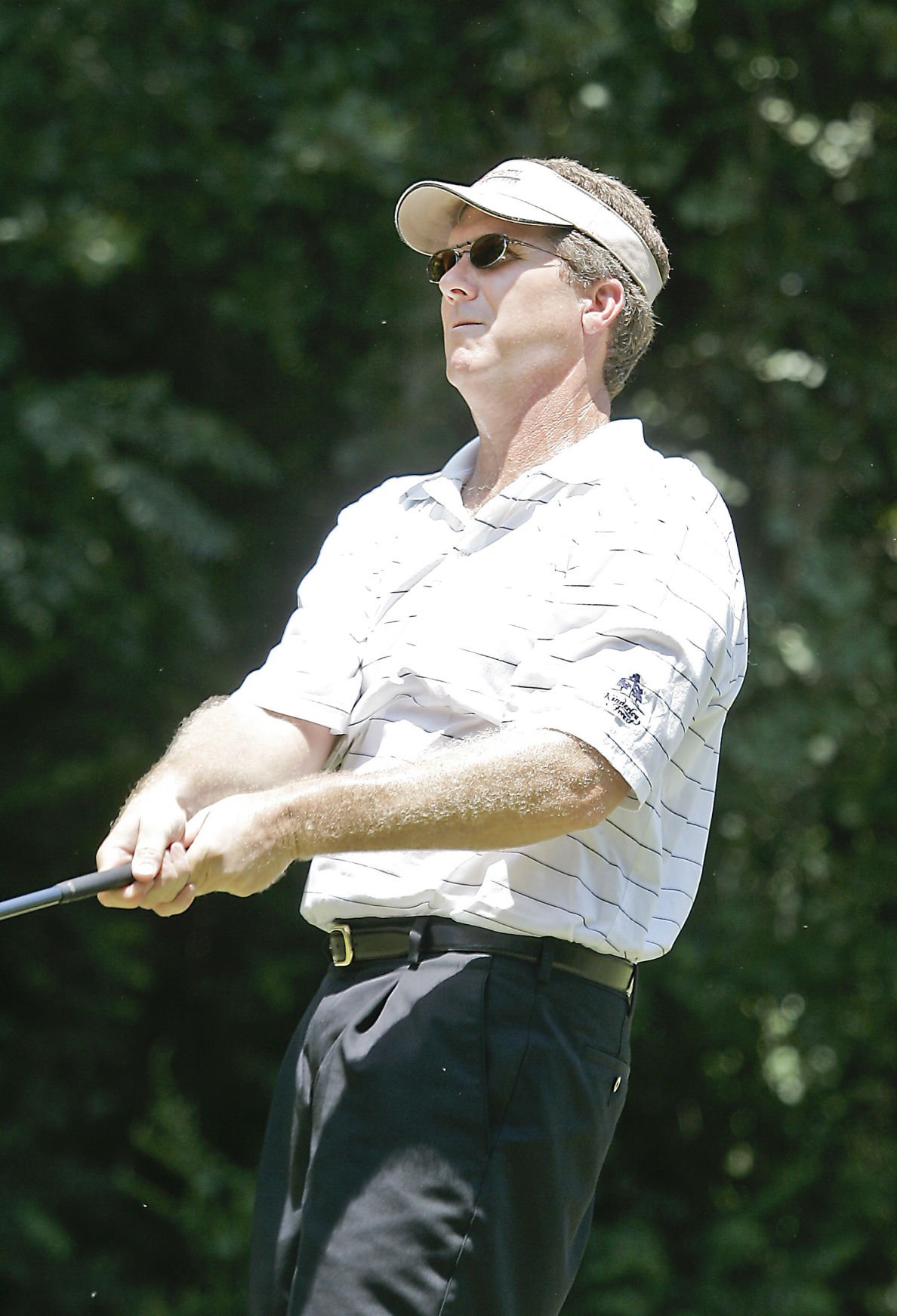 Johnny Ball lines up his putt during the American Cancer Society’s golf tournament on Thursday at Stone Creek Golf Club.

VALDOSTA — Cancer is a devastating disease, one that affects millions of people.

As Ashley Paulk, the chairman of the local American Cancer Society golf tournament, says, “You won’t find a family that hasn’t been touched by cancer.”

That is a big reason why so many golfers have come to Stone Creek Golf Club this week to compete in the annual American Cancer Society golf tournament.

Most, if not all, of the golfers competing in the tournament probably know at least one person that has had cancer.

“One in three (people) is diagnosed with cancer,” said Ashley Braswell, the Lowndes County Community Manager of the American Cancer Society.

Researchers are constantly working to find a cure for cancer, a disease that caused approximately 7.6 million deaths in 2007, according to the American Cancer Society.

“The goal is to ... find a cure for all cancers, and that would be the greatest day ever,” Braswell said.

According to Braswell, there are an estimated 3,000-4,000 cancer survivors living in Valdosta.

The number of deaths from cancer has declined over the past two decades. Cancer death rates fell 21 percent among men and 12.3 percent among women between 1991 and 2006, according to the American Cancer Society’s annual report. According to ACS researchers, that translates to an estimated 767,000 cancer deaths that have been avoided since the early 1990s. The number of new cancer cases has decreased 1.3 percent per year among men from 2000-06 and 0.5 percent per year from 1998-2006 among women.

But there’s still a lot of work left to do.

So the American Cancer Society continues to search for ways to further decrease cancer rates, and one day, they hope to eliminate it altogether. And across the country, people continue to support the ACS and its fight to help cure cancer.

Since 1974, people in the Valdosta area have supported American Cancer Society golf tournaments.

“What the guys are doing out here is just amazing, and (it’s) allowing us to keep programs in place,” Braswell said. “What these guys are making sure of is that programs will stay in place, so that these cancer survivors have what they need to maintain the quality of life while they go through their journey.”

“I’ve always had a special thing for cancer,” Paulk said. “I lost a sister to it, and my other sister’s a survivor. My father was a victim. My wife and I love doing (this tournament).”

“Maybe one day, we’re going to find that dollar that is the dollar that finds the cure,” Paulk added.

The American Cancer Society gives around $100 million a year towards fighting cancer, with most of that money going towards research.

“Just to see the new technology that comes out of research, the new treatments, the new drugs (is amazing),” Braswell said. “New doors will be opening, new answers will be found, so that new drugs and treatments, new services, can be put in place, so that we can continue to push forward and get to a much better place than we are in now, which is much better than we were in 10 years ago.”

The three-day tournament is not costing the American Cancer Society a single penny. Everything is donated, from the golf course to the food and drinks the players enjoy.

“This whole community comes together to make sure that the tournament is successful, and really does what it needs to do,” Braswell said. “If you think about Sunset Farms that donates the food, Johnson Distributing that donates the beverages, Pepsi that donates all the (soft drinks), even though they’re not giving a financial donation, they’re making it possible for money to not go to expenses, but to then still filter into the programs and the services and the research.”

“Everything we’ve got is donated,” Paulk said. “I can’t say enough about the Tillmans (who own the golf course at Stone Creek). (It’s hard to) find somebody that will just give you their golf course for three days. They’re doing it out of the goodness of their heart. It’s not a profitable motive.”

For more information on the American Cancer Society, visit its Web site, www.cancer.org.