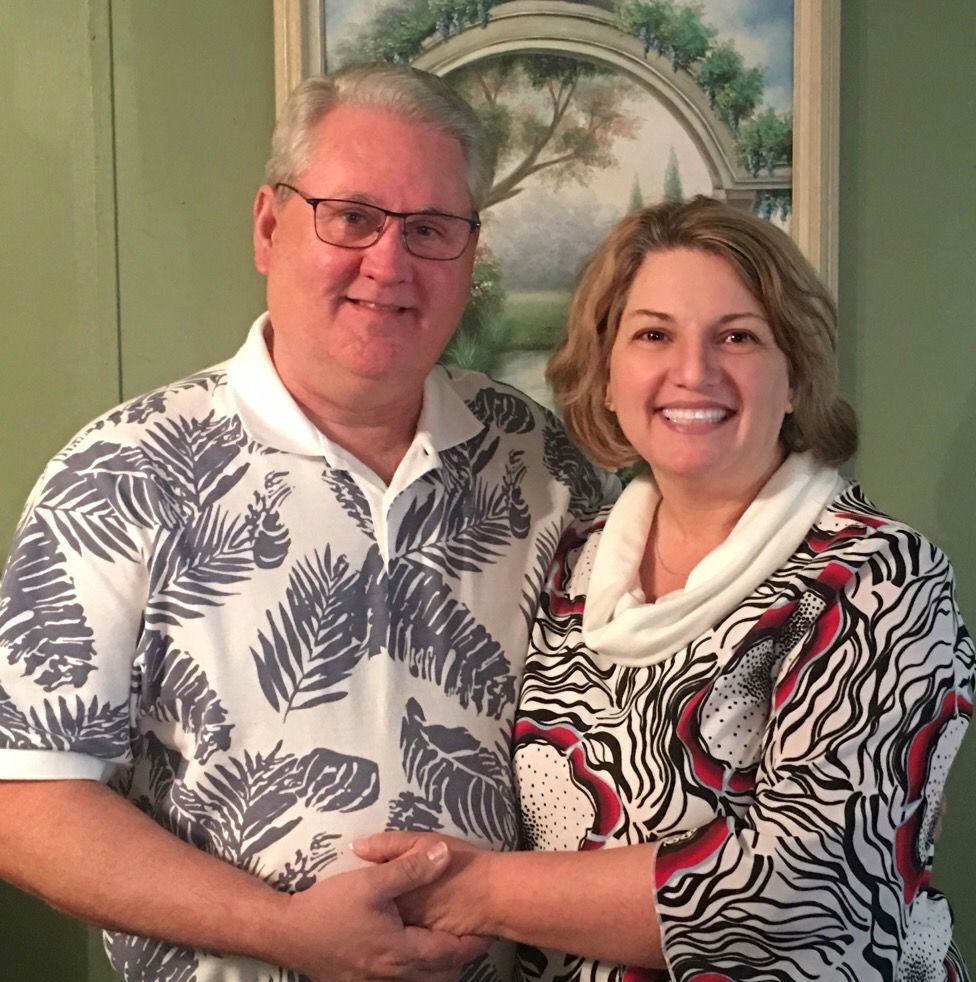 Ricky Rowell, a part-time postal worker, tested positive for the coronavirus on April 7 and was hospitalized Tuesday with double pneumonia. 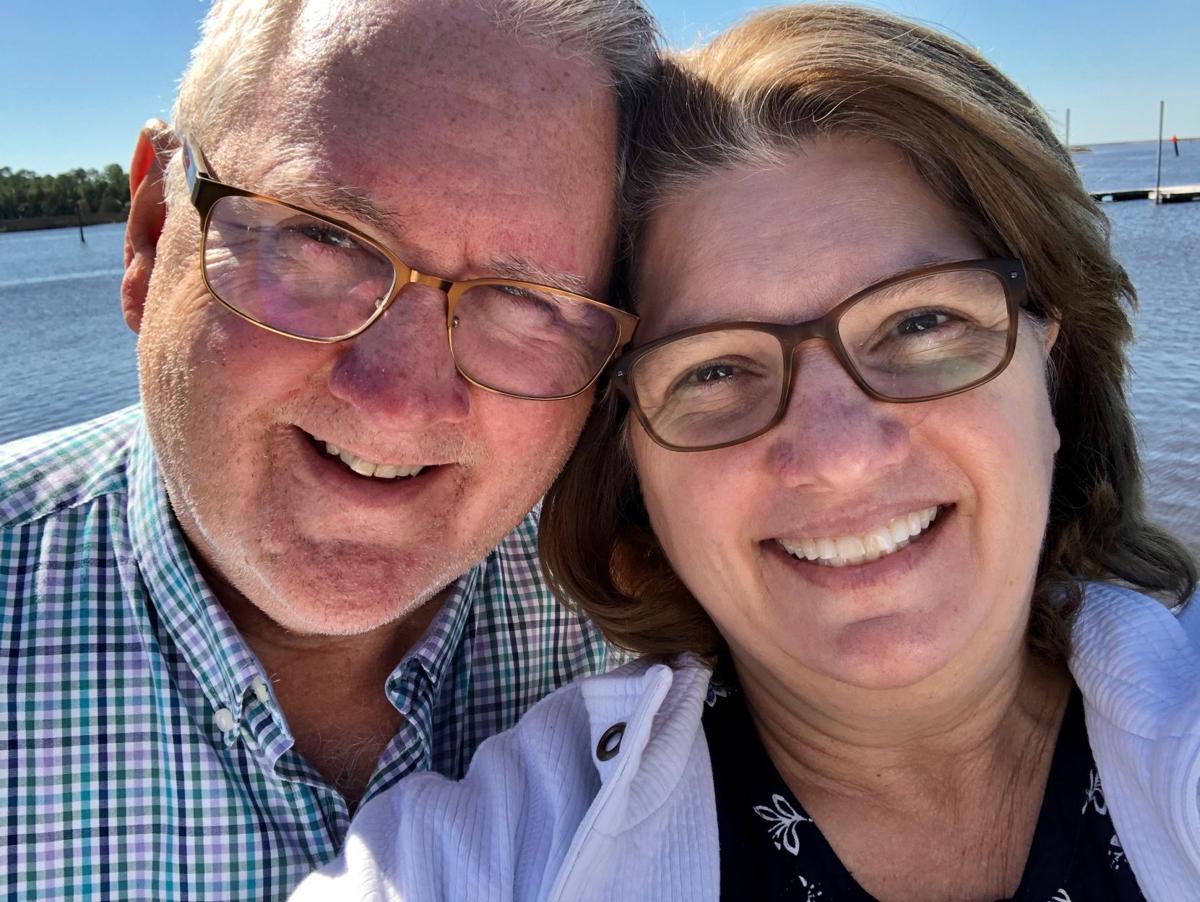 Ricky and Teresa isolated in their home for 10 days before transporting him to Tift Regional Medical Center after his COVID-19 symptoms worsened.

Ricky Rowell, a part-time postal worker, tested positive for the coronavirus on April 7 and was hospitalized Tuesday with double pneumonia.

Ricky and Teresa isolated in their home for 10 days before transporting him to Tift Regional Medical Center after his COVID-19 symptoms worsened.

At the end of every work week, Ricky and Teresa Rowell make their weekly pilgrimage to Texas Roadhouse for a beef-filled evening.

But as the time for Friday supper rolled around earlier this month, the couple skipped their date. Ricky simply wasn't hungry. Not even his usual 16-ounce ribeye served with all the fixings could sway the part-time postal worker to hop in the car and pick up a steak as takeout.

COVID-19 had robbed him of any appetite, Teresa Rowell said.

Ricky, 58, works as a rural carrier associate for the Northside United States Postal Service location. As an RCA, he works part-time as a substitute for regular mail carriers who have scheduled days off or take vacation days, according to the USPS website.

He was one of the three post office employees at the Valdosta Northside Station who tested positive for COVID-19, but that changed Tuesday when the USPS confirmed a fourth positive case.

While not confirming the roles of those four employees due to privacy concerns, the USPS stated in communications Friday and Tuesday that it believed the risk was low for employees who work at the location and would alert employees of any further developments.

Pro Publica, however, reported Wednesday that postal workers from across the country said they are not informed about coworkers diagnosed with COVID-19 through the policy, but instead receive notifications about cases "through colleagues or were only told by management days after word had already gotten out."

The four Valdosta-area postal workers are not isolated incidents as nearly 500 postal workers have tested positive for the illness nationwide with another 462 presumptive positives, the Washington Post reported Sunday.

Ricky's last day of work at the Northside location was April 4, but he did not get screened until three days later.

The Rowells, Valdosta residents, drove to Southwell Mobile Health Clinic in Tifton to screen Ricky for the coronavirus. He tested negative for strep throat and positive for the flu, but a phone call last Thursday informed him of another positive diagnosis: COVID-19, Teresa Rowell said.

On that call, Teresa, a receptionist at a local medical office, was told she should consider herself a presumptive positive case as well, and the couple began to isolate and quarantine at home.

Since his last day on the job, Ricky has registered a fever of at least 100 degrees ever since, Teresa said.

"He’s been fevered and lethargic since then, spending 98% of his time in bed," Teresa said in a text message Monday.

The World Health Organization has maintained that risk of catching COVID-19 from a package is "low." The sentiment is echoed by the Centers for Disease Control which states while much still remains unknown about the disease, there is "no evidence" that imported goods from COVID-19 infected areas could transmit the virus, according to the CDC website.

But the chance of transmission from a surface such as a piece of mail remains unclear, said Dr. Jian Zhang, professor of epidemiology at Georgia Southern University.

The first study was a joint effort by scientists from the National Institute of Health, Princeton University and UCLA that found COVID-19 can survive as long as 24 hours on cardboard. The other and, most recent, study, according to Zhang, shows that within a typical indoor environment (22 degrees Celsius and relative humidity of around 65%) viruses cannot remain infectious after three hours on printing and tissue papers.

Before Tuesday, Ricky Rowell's average day in quarantine consisted of spending the day in bed, taking his temperature hourly, getting restless sleep and experiencing body aches on the rare occasion he sauntered over to the bathroom, Teresa said.

As far as symptoms are concerned, fatigue and fever present the biggest challenges for Ricky. His temperature ranges from 100-102.9 degrees daily. Luckily, the disease, that has resulted in ventilator shortages across the nation, had not affected Ricky's breathing.

"He did manage to sit up and lounge in the living room yesterday for nearly five hours," she said Monday. "That was a feat."

Ricky's fever climbed to 103.1 degrees. Teresa had previously set 103 as the threshold to take him somewhere for care.

"I feel like he had made no improvement in the 10 days he was at home," Teresa said Tuesday.

After discussing it with their primary care physician, the couple jumped in the car and checked Ricky into the Tift Regional Medical Center hospital.

He was diagnosed with double pneumonia.

"I'm scared," she said in a text message Tuesday night. "Of course I was not allowed to go into the ER or the hospital to be with him. ... Hopefully he will improve quickly but of course, my mind thinks of the worst possible scenarios."

Teresa's battle with the coronavirus was not nearly as drawn out. Her fever and general malaise lasted only a couple of days. With her quick recovery, she had tried to stay busy doing chores around the house, checking in on her husband, fielding phone calls on his behalf and browsing the internet for more information on COVID-19.

While the couple tries to remain in good spirits, Teresa said they had a general sense of frustration from a lack of direction by the health care sector before Ricky's hospitalization.

"We have felt like two fish flopping out of water trying to figure out this whole process with very little input from knowledgeable medical professionals," she said Monday.

As Teresa and Ricky continue to fight the coronavirus, Zhang said residents should not be concerned with getting infected with COVID-19 as long as extra caution is practiced such as washing hands after handling mail.

Letting your mail get a tan can also help.

"That's what my family is doing," he said. "In addition to washing hands, we keep mail outdoors and have (the items) bathing in ultraviolet rays from sunlight for at least 24 hours."

With the couple out of work, finances have been tight, but the USPS has provided some relief. Ricky received extra sick hours from company-wide effort to help non-career workers during the outbreak. Teresa has not been as fortunate and possesses only three days of paid time off.

Ricky's return to the Northside location remains unknown for now. Per USPS guidelines, he must be symptom free for 72 hours and receive a negative test before hopping back in a mail truck.

"(Postal workers) are wide open to any germs around," Teresa said. "But it is what it is. I guess somebody has to do it."