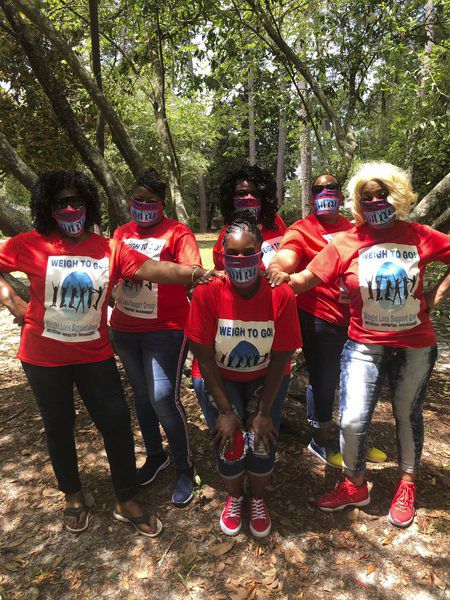 Submitted PhotoEthelrene Hargett, Monia Thomas, Daphanie Simmons, Tonya Bonner and Vonda Moran are members of the Weigh to Go support group. The group was founded by Crystal Butler in January. 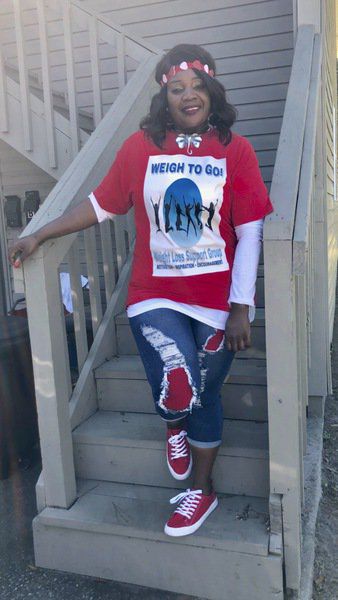 Submitted PhotoCrystal Butler lost 115 pounds after caring for her mom who was diagnosed with cancer. She is the visionary of the Weigh to Go support group. 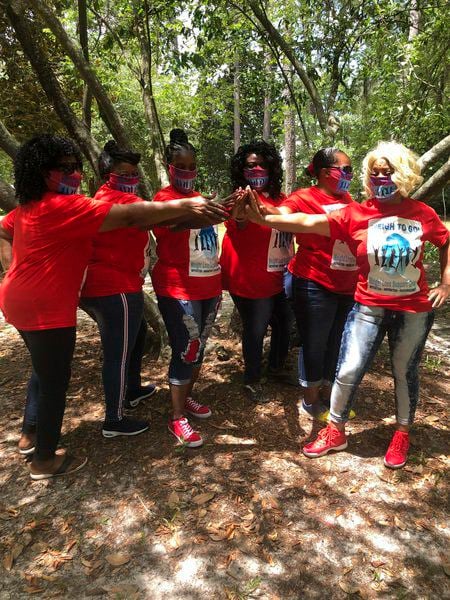 Submitted PhotoWeigh to Go group members provide support to one another on their weight loss journey. They assist each other through emotional battles while shedding pounds. 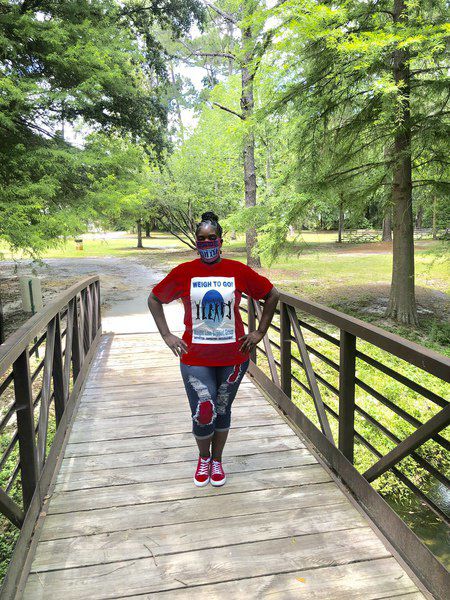 Submitted PhotoCrystal Butler is the visionary behind support group Weigh to Go. The group has 97 members who help each other make a lifestyle change.

Submitted PhotoCrystal Butler lost 115 pounds after caring for her mom who was diagnosed with cancer. She is the visionary of the Weigh to Go support group.

Submitted PhotoWeigh to Go group members provide support to one another on their weight loss journey. They assist each other through emotional battles while shedding pounds.

Reflecting on her mother’s journey made her emotional, but she couldn’t talk about her own path without mentioning her mother’s.

Butler recalls moving her mother into her home after she was diagnosed with cancer. She said she quit both of her jobs to care for her mom, an act of kindness that lasted six years.

In that time, her mom’s weight fell from 170 pounds to 59 pounds, Butler said.

“I went through a lot of emotional eating because I was hurt seeing her just deteriorate before my eyes,” Butler said. “I turned into an emotional eater to cope with the fact that my mother was dying and seeing her in the condition she was in.”

She said her weight began to fluctuate and ultimately became a medical concern.

Butler endured three unsuccessful knee surgeries and 18 months of physical therapy. She was on crutches for eight months.

“The doctor told me I could either lose the weight or I lose my leg,” she said.

The message served as the wake-up call she needed, Butler said.

Since, she has established the Weigh to Go support group to assist others with weight concerns. Founded in January, Weigh to Go members walk daily and meet monthly.

With 97 active members, Butler said group members encourage one another and receive help with lifestyle changes.

The group serves the purpose to go beyond shedding pounds and provides motivation for women through any trials and tribulations that may cause weight gain.

Contributions to a person’s weight gain could be emotions, a bad relationship, feelings of loneliness and numerous others, Butler said.

“I can feel what these women are going through and that’s why I’m able to help heal them. There’s no way I can see an overweight person and pick at them because I have been a victim and I know how that feels; so therefore, you can’t heal what you can’t feel,” she said.

In February, the group took on the theme “Matters of the Heart” by conversing about topics such as depression, hopelessness, thoughts of suicide and helplessness which may have played into weight gain.

Women split into groups so no one walks alone. Butler’s group meets at 4 a.m. and includes the oldest member, Ethelrene Hargett.

“Just her alone motivates a lot of people,” Butler said.

Butler has been her own source of inspiration as she has influenced others to create similar groups outside of Valdosta, in places such as New York and Virginia, she said.

Anyone wanting to join Weigh to Go must be cleared by a physician. The support group has three registered nurses, three licensed practical nurses and one nurse practitioner who help with diet and nutrition.

Butler said she wants Weigh to Go to help women unapologetically lose weight and be healthy in a way that is beneficial for them.