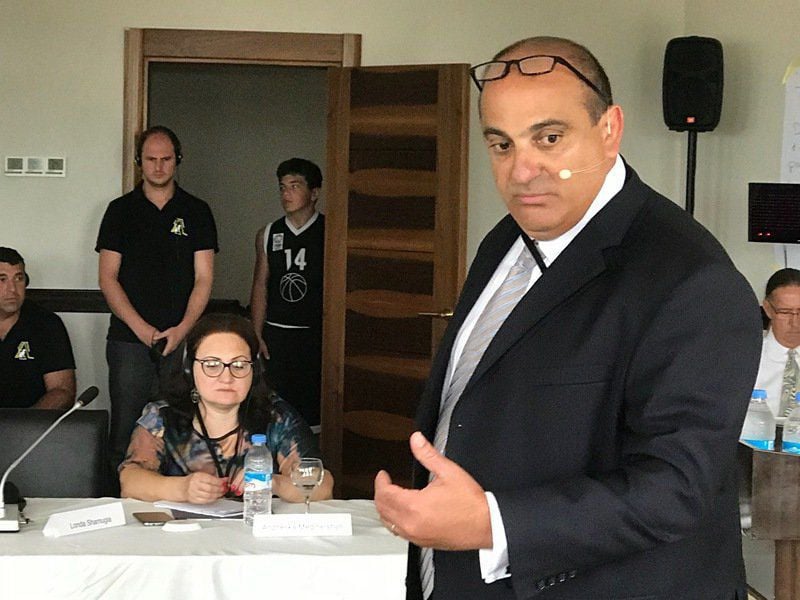 Submitted PhotoValdosta attorney Sam Dennis said, 'Juries are the way we as citizens participate in holding each other accountable.' 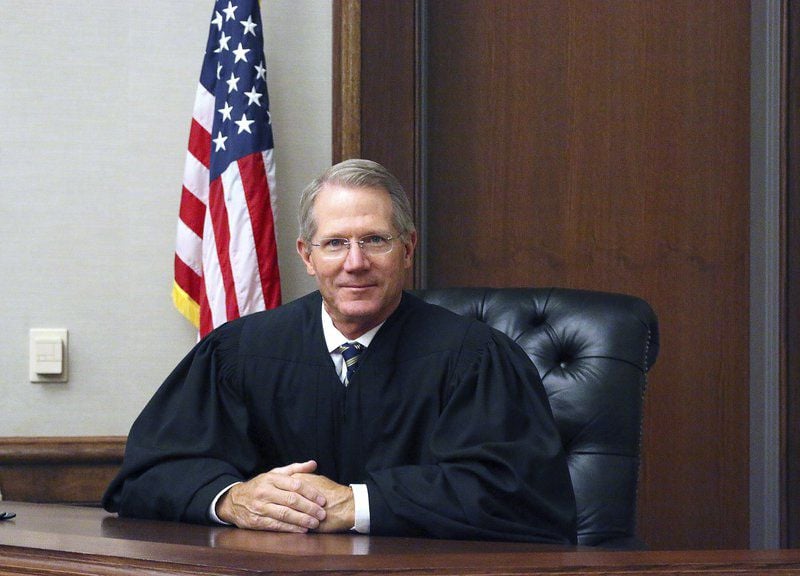 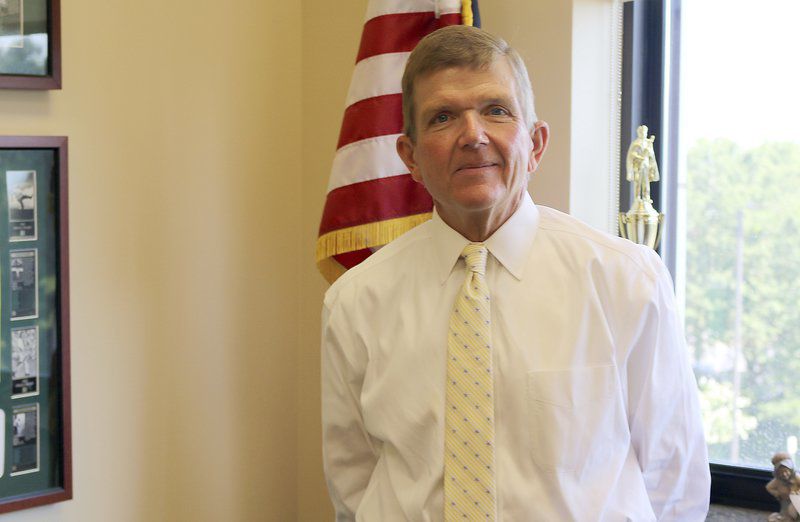 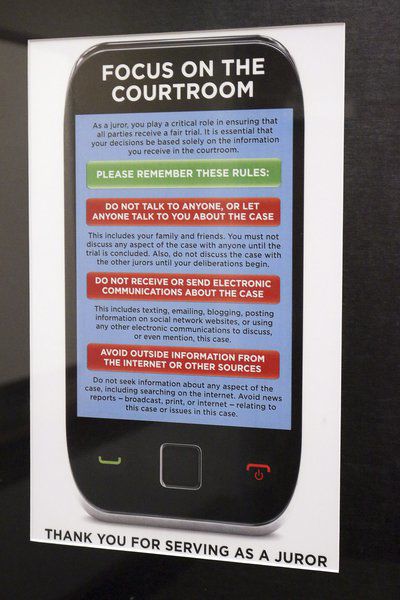 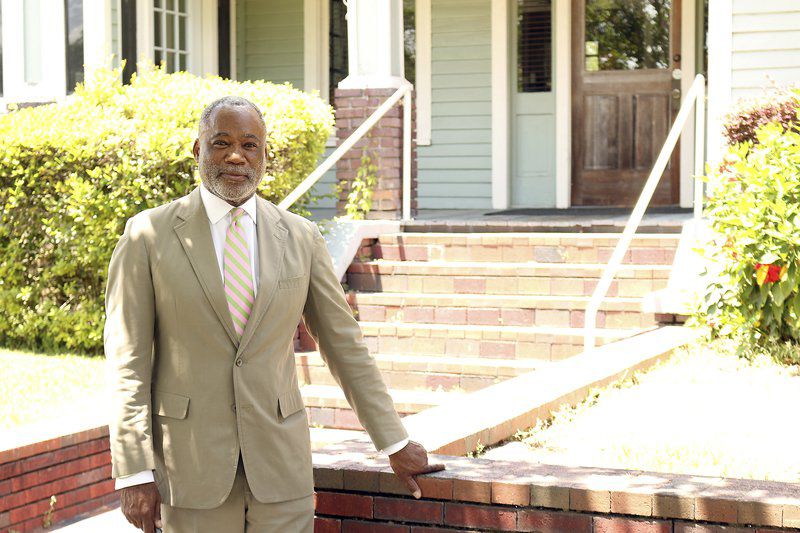 Submitted PhotoValdosta attorney Sam Dennis said, 'Juries are the way we as citizens participate in holding each other accountable.'

VALDOSTA — Ricky Browning was excited to be chosen for jury duty.

He would be deciding a high-profile case involving the death of a Lowndes County sheriff’s deputy.

Browning had never been called for jury duty, he said, so he was ready to listen to the facts of the case and make a judgment.

After a couple of days, Browning said he no longer wanted to sit through it.

“I started to feel physically sick, almost like I had the flu,” he said. “The stress of the situation and knowing that you are going to be deciding something for someone’s life just takes a toll, and I was ready for it to be over with.”

The National Center for State Courts reported 32 million Americans are summoned for jury duty each year. Of those, 3 million report to jury duty, and half of those are chosen to serve on a jury.

In Georgia, jury pools come from the Department of Motor Vehicles. Each county makes a request for a jury pool, and a list is sent to the county to send out the jury summons.

Latoya Brown, a deputy clerk of superior court in Lowndes County, said each time a request is made, the court is sent a list of 192 names of potential jurors.

From there, the number dwindles to between 110-130 after certain exemptions are made.

“People over 70 years of age can choose to serve or not serve on a jury, full-time students can be exempt, those who are sole caregivers, those with medical reasons and those who may be serving overseas may all be exempt,” Brown said.

Brown said jury pool requests are done throughout the year, sometimes weekly depending on the trial calendar. Out of each jury pool, there are always no-shows who fail to appear on the date of their jury summons.

Brown said recently there had been 45 no-shows, and that number can vary greatly.

A list of people who fail to show up for jury duty is compiled and then given to the Lowndes County Sheriff’s Office.

Sheriff Ashley Paulk said his deputies try contacting these individuals by phone or in person.

“Most of them just forget,” Paulk said. “We give them a new date to appear before a judge and explain why they failed to appear for jury duty.”

A judge has authority to incarcerate someone or fine them for failing to appear for jury duty but Paulk said such actions are rare.

But failing to show up for jury duty is not uncommon.

Just this June, the Associated Press reported Laurens County Sheriff Larry Dean became involved in Dublin, Ga., absences when only 60 out of 200 potential jurors showed up for jury duty.

“You need a good jury pool, and you need people that are willing to come and dedicate that amount of time, listen to a case and make a decision,” Paulk said.

The right to a trial by jury is fundamental to the American judicial system. Rather than a king or judge deciding someone’s fate, the Constitution put this power in the hands of the people.

“Juries are the way we as citizens participate in holding each other accountable,” said Sam Dennis, a Valdosta defense attorney. “I trust 12 Lowndes County citizens, or citizens anywhere, to get it right.”

While judges can listen to evidence and render verdicts in bench trials, juries offer an alternative from laypeople.

"Jurors are the standard bearers for the community," said Roy W. Copeland, a Valdosta defense attorney. “We need common-sense buffers. We need citizens to make judgments about their peers and other people in the community.”

Still, while many espouse the benefits of trials by jury, jury trials are becoming less common in the criminal justice system. Rather, defendants ask for a bench trial.

Even more common, defendants take a plea deal rather than have their day in court.

A 2018 report from the National Association of Criminal Defense Lawyers found that fewer than 3 percent of federal criminal cases went to trial and 97 percent reached plea deals.

“I think there should be more cases tried,” Tunison said. “On the criminal side, it’s because the risk is so high. Sentences have gotten more punitive.”

Southern Circuit District Attorney Brad Shealy said he thinks the amount of cases being tried is about right.

"We may have had a little bit but not a significant drop in jury trials," Shealy said.

Dennis said it should be up to a client and attorney if a case goes to trial, but instead, the decision is made by the legislature passing tough sentencing laws such as minimum-mandatory sentencing.

“Minimum-mandatories result in a lot less jury trials, and we should all be outraged by that,” Dennis said. “The stakes are so high. ... People can’t risk a trial by jury when facing a minimum-mandatory sentence.”

“I don’t like the idea that we are doing things to where somebody would want a trial but the risk is so high that they plead guilty to something that they may have had some involvement with but not all the involvement, that’s for a jury to hear and decide," Tunison said.

DAs wield a lot of power with the use of things such as minimum-mandatory sentencing, and many argue these tools can be used to keep people from asking for a trial by jury.

Shealy said he's not necessarily in favor of minimum-mandatory sentencing but said they cut both ways.

"Every armed robbery is different," Shealy said. "An individual goes into a business with a loaded 9mm as opposed to going in there with a BB gun, but in both cases now the mandatory-minimum is 10 years."

However, Shealy said the mandatory-minimum sentencing can push defendants to go to trial and take their chances.

"You would expect a defendant to go to trial for murder. If you plead guilty, you get life. If you go to trial you get life, you might get parole. … So why not throw the dice," Shealy said.

In a recent high-profile murder case in Colquitt County, an agreement was made where the defendant facing multiple murder charges and the death penalty forfeited his right to a jury trial for a bench trial before a judge; the DA agreed to drop the death penalty and seek life imprisonment.

“(The defense) approached us and this is what we agreed to do and the family was on board with it as well," Shealy said. “It got it over quicker, cleaner and the appellate issues will be a lot less.”

“The DA is exclusively given the authority to decide what to charge or not charge,” Tunison said. “The law prohibits the judge from getting involved in negotiations and decisions about what can and can’t be charged.”

Tunison said he doesn't issue a more severe sentence for a person asking for a jury trial. He said handing down a harsher sentence in such cases would be improper for a judge to do.

“I’ve sentenced people that had jury trials less than what I later found out the DA offered them in plea negotiations,” Tunison said.

The judge and defense attorneys favor more jury trials and seem to agree that a jury of one’s peers offers the best chance for a balanced outcome. Yet, changes would have to be made for more trials by jury.

“In 30 years, our system has become literally bogged down. If 15 percent of the people went to trial, it would clog up our judicial system,” Copeland said.

“We have got to make improvements to the system," he said. "We have got to add judges, add juries, add jury rooms, add bailiffs and add all that. If jury trials became the norm, we would create the system for that new norm.”

If more people ask for a trial by jury, it becomes even more important for people to show up and do their duty.

“One of the highest duties of citizenship is to come and serve on a trial jury or a grand jury,” Tunison said.

Still, many people fail to show up for jury duty, whether it be as Sheriff Paulk said they forget or they don’t see it as important.

Jury duty pays $25 per day and people have to miss work to serve which could mean a loss in wages.

“While we want people to serve, I don’t want them to be up here hearing meaningless cases that could have been easily resolved," Shealy said.

People in favor of more jury trials say a renewed push in teaching civics and teaching people early the virtue of citizenship and jury service could help.

“What we’ve seen in the last four or five decades is a real decline in just educating our young people about civics and public service as critical to a participatory government,” Dennis said.

"In this country, we’ve got to the point where so many people are willing to waive hard-fought rights,” Copeland said. “I think people should take (jury duty) more seriously because at some point in your life there is going to be somebody you care for who is going to be faced with the possibility of a jury trial."

Ricky Browning said he was glad when jury duty ended because of the toll it took on his mental and physical health.