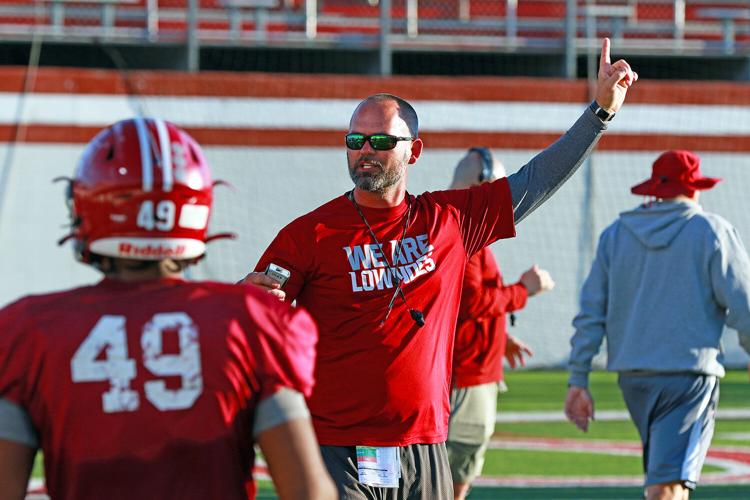 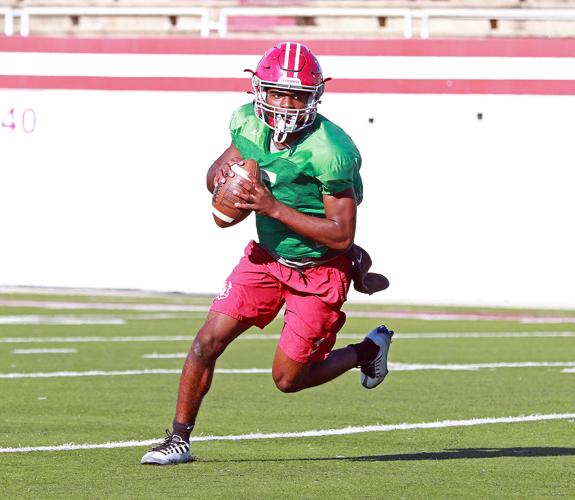 VALDOSTA – The latest edition of the Winnersville Classic is set to kick off tonight, and both Valdosta and Lowndes are coming in at very different positions.

Valdosta is trying to protect its undefeated season, coming into tonight sitting atop Region 1-7A tied with Colquitt County at 6-0.

Lowndes shares the bottom of the standings with Richmond Hill, both teams 3-2 and 3-3 respectively.

The Wildcats have dominated almost every team they’ve played this year, winning by an average of 32 points each week.

The Vikings have had their fair share of dominating performances, but from the beginning this season has been all about finding their identity.

Valdosta will be one of many tough tests Lowndes has had so far this year. They began the year with a loss against American Heritage, who at the time of this writing is ranked 13th nationally. They also lost to East Coweta, ranked 27th in Georgia, followed by a win against Grayson who is ranked 10th in Georgia.

Valdosta’s defense will evaluate just how far Lowndes has come since the beginning of the season, and it may be the best they’ve faced to date.

Valdosta has allowed 29 points on the season, and they’ve shut out two opponents.

Lowndes head coach Zach Grage is well aware how staunch the Valdosta defense is, but he’s not going to change the team’s offensive identity to skirt the challenge.

“I learned early in my career that if you start changing what you do to appease others that’s when you usually get in trouble,” Grage said, “I’m really excited…both sides are a run the football first team and in South Georgia, you gotta run the ball and stop the run so I think both teams are similar as far as that identity goes. They’re stellar – not only their defensive line, but their front seven, and they’ve done a really good job of stopping folks this year.”

Lowndes has been a run heavy team all season, similar to Valdosta. They have 197 carries on the year to only 99 passing attempts, 62 of those coming from a select couple of games.

Parrish leads the group in carries with 77, followed by Fleming with 47, and Brown with 45.

Trying to go through the Valdosta defensive line will be quite the challenge, as they lead the region in tackles for loss (64) and sacks (22.5).

Going through the air will also be a challenge for Lowndes with Valdosta leading the region in interceptions with 13, 7 of which are from senior corner back Tim Roberson.

Roberson will very likely be on junior wide receiver Kevis Thomas, who’s been Lowndes’ deep threat of choice this year. Thomas is tied for most receptions on the team with Brown at 13, but many of Brown’s receptions come on wheel routes or shorter passes.

Having your only deep threat potentially taken out of the game will make it very difficult for Lowndes when the time does come to pass the ball, but Grage won’t take Thomas out of the game by scheming against Roberson.

“I don’t think you try and scheme for one guy,” Grage said of Roberson. “You just try and take what they give you and trust Marvis to put you in good spots and make sure he’s comfortable with the game plan. You definitely have to keep your eye out on some of their folks. Tim’s not the only one. They’ve got good guys everywhere which is why they’re 6-0.”

Lowndes’ defense also has playmakers in a lot of positions, and they certainly won’t make it easy on the Valdosta offense.

As a team, the Vikings are third in the region in tackles for loss and sacks at 48.5 and 21.5 respectively.

At the head of that is a good defensive line and group of linebackers, something that will make a big difference against an even more run heavy team in Valdosta.

Senior linebackers Jason Reynolds and Mekhi Crawford paired with sophomore linebacker Austin Williford can often be found in the middle of defensive plays. So can Senior defensive linemen Jayden Battle.

Both on offense and defense, someone will have to step up and make plays in order for Lowndes to start off on the right foot in region play. Their current position in the bottom of the standings can be entirely offset from a playoffs perspective with a win against Valdosta this week.

It’s as Grage said, “Big time players make big time plays in big time games, and this is the biggest there’ll be up to this point.”