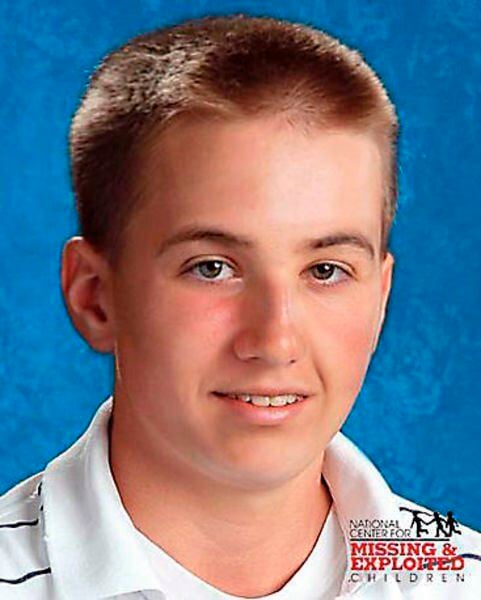 National Center for Missing & Exploited Children An age progression photo shows what Brandon Wade may have looked like as a 14-year-old. He’s been missing since the age of 3. He would now be 21 years old. 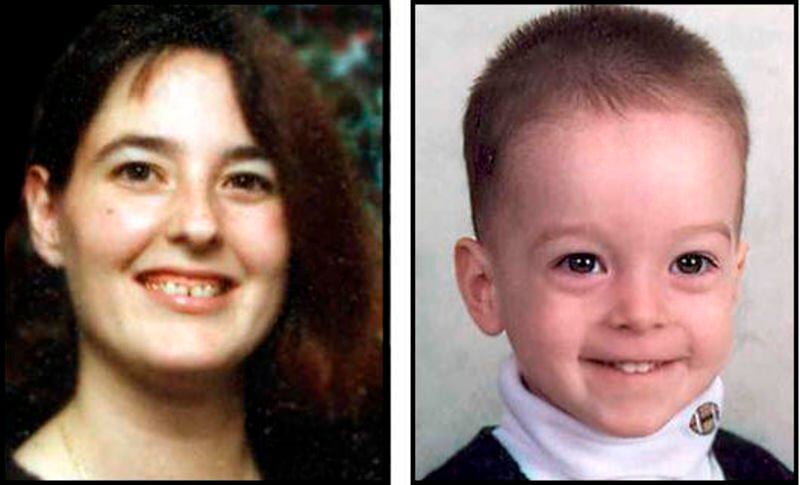 Paula Wade and her son, Brandon Wade, have been missing since 2002.

National Center for Missing & Exploited Children An age progression photo shows what Brandon Wade may have looked like as a 14-year-old. He’s been missing since the age of 3. He would now be 21 years old.

Paula Wade and her son, Brandon Wade, have been missing since 2002.

VALDOSTA — Brandon Wade would be 21 years old now. Possibly a college student or a member of the workforce. Possibly still light-haired, a strong chin.

His mother, Paula, would be in her early 40s, possibly with a touch of gray, a few lines around her eyes, the smile lines etched deeper.

Yet, to people who knew them and the people who have come to know them from the mother and son’s 18-year-old missing poster, Paula McGrath Wade and son Brandon are still 25 and 3 years old.

Several years ago, age-progression technology created possibilities of what Brandon might look like as a 14-year-old but attempting an age progression any older would be based on too many assumptions, according to past interviews with members of the Valdosta Police Department.

But in memory and from those missing-poster photos, Brandon is always a bright-eyed toddler with a shy smile, wearing a turtle-neck sweater embroidered with a cartoon football. Paula is always smiling, locks of hair pulled behind her right ear.

Eighteen years on, mother and son remain missing. No one has ever found them living somewhere else; this would be the happy ending. And no one has ever discovered human remains that would at least begin giving the family some answers as to what happened to the Wades.

The VPD said there are no new developments in the case.

All leads are followed in the case, according to police. It is the type of case where investigators must keep an open mind as they work to piece together what happened more than 18 years ago.

Paula Wade moved to Valdosta with her husband. In the Air Force, he was assigned to Moody Air Force Base. They had their son, Brandon, but the marriage failed. Brandon’s father is not a person of interest in the case, according to police. He continued serving in the military and has served overseas, according to police.

By the time of October 2002, he was assigned to another military base out of state. Brandon’s father/Paula’s ex-husband has always cooperated in the investigation, according to the VPD.

Paula had worked a few years at Valdosta’s Sam’s Club. She and Brandon lived with one of her friends in an apartment at The Commons. She drove a 1998 Chevy Blazer, according to family reports.

“We have every indication that Paula was a good mother. She loved her child,” McGraw said in a past interview.

Paula was not known to be part of a party crowd. She was not a person to suddenly leave town. She was a good employee at work. She was making plans to move from Valdosta, returning home to her parents in Florida.

She contacted her parents regularly at least once a week. There is no known reason why she would feel compelled to suddenly disappear, according to police.

On Saturday, Oct. 12, 2002, Paula worked her shift at Sam’s and was off the clock by mid-afternoon. Officially, that is the last time anyone has reported seeing Paula Wade alive.

On Monday, Oct. 14, she did not report for work. Her absence concerned her fellow Sam’s employees. Twice, a Sam’s marketing team leader sent an employee to check Paula Wade’s apartment. There was no sign of Paula or Brandon, though her vehicle was parked in the lot.

Police describe her apartment as looking “lived-in” but there were no signs of struggle.

Valdosta police filed a missing persons report, but neither Paula nor Brandon has been seen since.

Valdosta police have explored numerous leads in the case.

But the search for Paula and Brandon Wade continues.