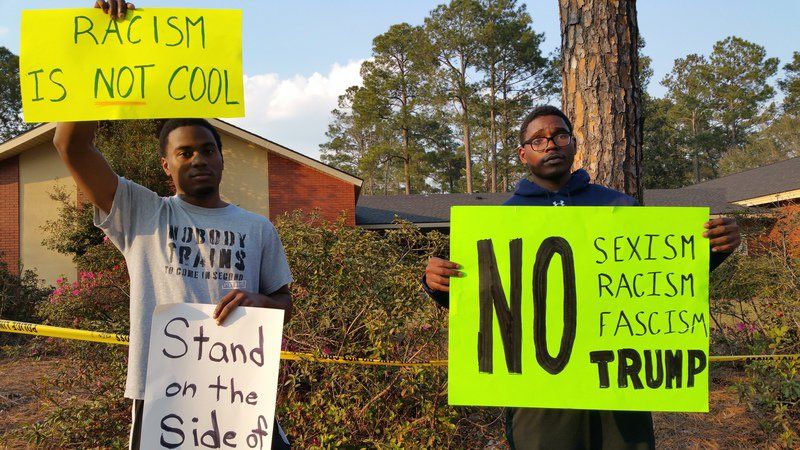 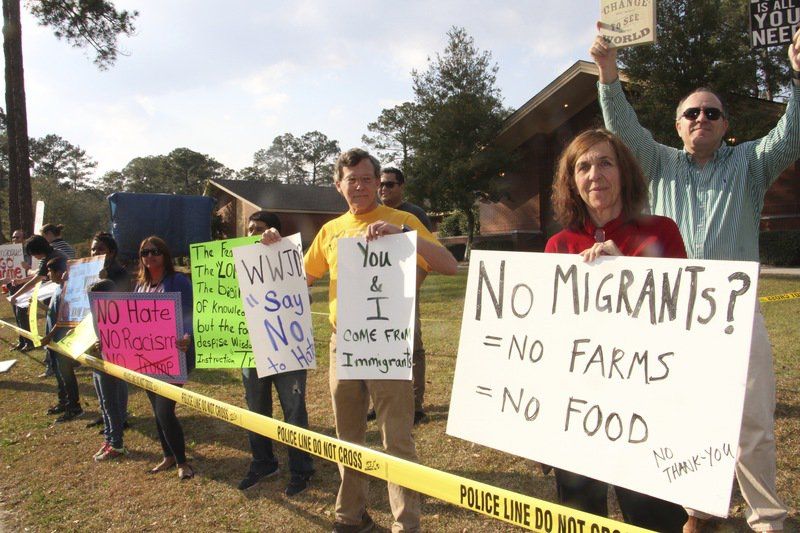 Stuart Taylor | The Valdosta Daily TimesProtesters line up at the anti-Trump protest. 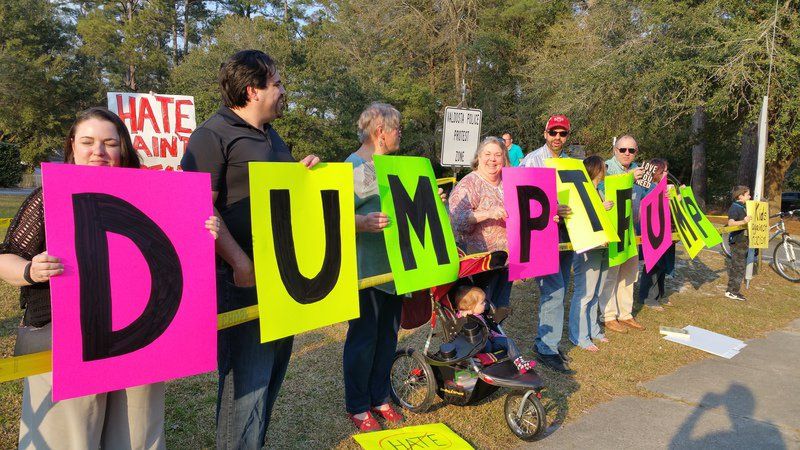 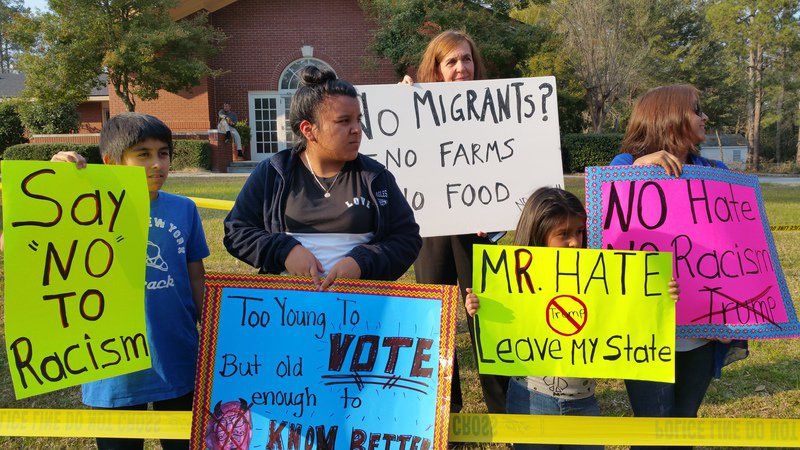 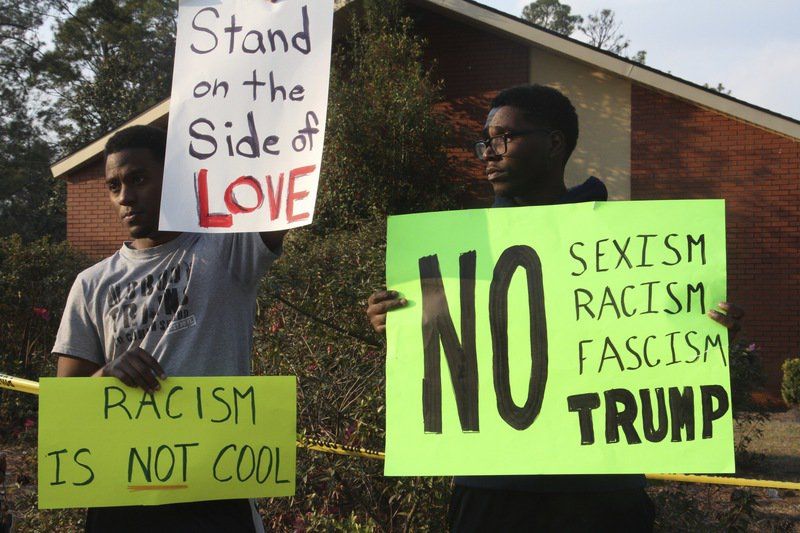 Stuart Taylor | The Valdosta Daily TimesProtesters line up at the anti-Trump protest.

VALDOSTA — While people were lining up for the Donald Trump rally at Valdosta State University’s P.E. Complex, a protest was taking place across the street.

Each one had a different reason for coming out.

“He’s hateful towards immigrants and women as well,” said Megan Crawford, one of the protest organizers. “We have people in our community that are negatively effected by what he said and I want them to know they have allies.

“If people drive by in their own community and they feel a little bit safer, I feel better about it. Their entire community does not feel one way.”

“His deportation squad he’s suggested will be knocking door to door, no probable cause, no warrants, just door to door," Carter said. "His plan for banning Muslims violates our laws against basing such decisions on religion. Most recently, he said he plans to open up libel and slander laws to make it easier to sue media when they say something negative about him. That’s a dangerous precedent to set.”

Susan Welling, professor of Spanish at VSU, came out to support migrant workers and because of what she wants to see in a president.

“I think it’s important for a president to stand up of the oppressed,” Welling said. “He made a statement that he wanted to deport 11 million migrants and he’s come out against Muslims and against African-Americans.”

The protest had been planned days in advance, but Aniya Flanders got involved after he drove by Monday afternoon.

“I don’t support the things that he says,” Flanders said. “I’m making my voice heard.”

Stuart Taylor is a reporter for the Valdosta Daily Times.