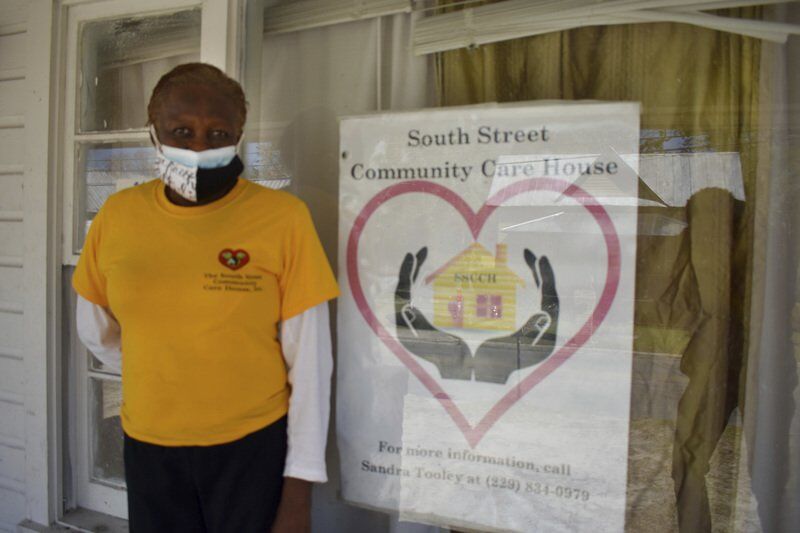 Bryce Ethridge | The Valdosta Daily TimesSandra Tooley is a Valdosta city councilwoman and a nurse at South Georgia Medical Center, so when she says she wants the best for her community, she said she means it. She advocates for the COVID-19 vaccine because she knows it will help her people. 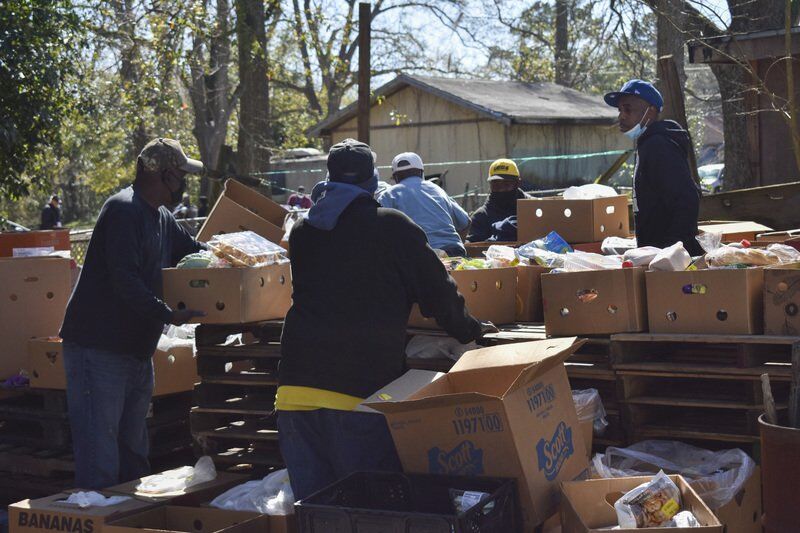 Bryce Ethridge | The Valdosta Daily TimesTooley said she has a high level of empathy and because of that she's always trying to find ways to help her community. One such way is the South Side Community Care Center where she spends a considerable amount of her time.

Bryce Ethridge | The Valdosta Daily TimesSandra Tooley is a Valdosta city councilwoman and a nurse at South Georgia Medical Center, so when she says she wants the best for her community, she said she means it. She advocates for the COVID-19 vaccine because she knows it will help her people.

Bryce Ethridge | The Valdosta Daily TimesTooley said she has a high level of empathy and because of that she's always trying to find ways to help her community. One such way is the South Side Community Care Center where she spends a considerable amount of her time.

“There was a man on a house. He was about to drown and he was praying for God to come save him. They said God sent a man on a boat who said ‘Jump in. I’ll help you,’ but the man wouldn’t take it. He’s waiting on God,” Tooley said. “Then (God) sent an ambulance (who said) ‘Come on, we’ll help you,’ but no, the man wouldn’t get in that ambulance because he said I’m waiting on God.”

A helicopter came telling the man to get off the house and come with them, but the man still wouldn’t take the help. The man finally drowned and asked God why he wouldn’t help him.

“‘I sent you help three times and you just wouldn’t take it, so here you are,’” Tooley said God told the man. “People got to learn to look at things like that too. God is there, he will help us. When he sends us a little help, we need to take it.”

The COVID-19 vaccine and the science utilized to help people during the pandemic is that help, she said. Tooley wants to help people see that. She’s seen firsthand how COVID-19 affects people.

Being a South Georgia Medical Center nurse on hospital floor 4T, the COVID-19 wing, has given her insight. She’s seen the struggle people face to pull through the virus and not everyone comes out OK.

It’s the sight of death that hits her the hardest, Tooley said.

“They’ll come in, you’ll talk to them, you’ll have them for a couple of days or so and (then they’ll be) dying,” she said. “You see it more than once and you don’t feel like they should die.”

It’s depressing, she said, especially in how certain medicines have more of an effect on some than others, saving them in some cases.

It weighs on her, too, she said.

“You feel useless. I’m trying to do everything that I can – I see that – but I can’t make them breathe right,” Tooley said. “It makes you say ‘I think I need a day or two off’ because it’s very sad.”

She said it’s a bitter fight on both ends.

Tooley experienced COVID-19 herself twice: the first with no symptoms, and the second with heavy symptoms and pneumonia. She said she thought she was going to die.

“I had all the symptoms from stomach problems to headaches to dizziness to no taste, off balance,” she said.

She’d been working at the South Street Community Care Center one day, and being off-balance, she stepped off a pallet, fracturing her leg. She said the best thing to do when under quarantine is to sleep.

“That’s really what helped,” she said. “I did get some antibiotics, but other than that, that’s all I did and it did help.”

If anyone can protect themselves from the virus, she implores them to do it. Sure, the virus attacks the body and makes any underlying ailments worse, but it also attacks the mind, Tooley said.

For her, it attacked her mental health by way of depression.

By nature, she’s a loner, but being forced into isolation isn’t the same as choosing it. She began to ask herself “if something happened, how long would it be before someone found me?”

Fortunately, she had some friends check on her.

“(They) called me twice a day and that helped,” she said. “But you do get in that mindset of ‘Am I going to go to sleep and not wake up’ because you feel real bad.”

Many times she was just lying on a sofa and didn’t want to get up. She said there's no one to take care of you during this time – no one to just give you some soup. What do you do?

Find a solution, she said. That’s where the vaccine comes in.

Tooley didn’t think she needed it, but after contracting COVID-19 that second time, she felt she needed all the help she could get. Even if she did get it again, the vaccine becomes a buffer for her body.

Given the history of Black people and medicine, Black people are wary of the virus, Tooley said, but it’s something everyone needs.

“We are very wary of having pretty much anything injected into us or given to us,” she said. “We don’t get the health care and medical care we can get a lot of times. At this point, (the vaccine) is something that while we’re getting it free, we should jump on it.”

People should research the vaccine, Tooley said. Don’t just listen to friends, neighbors or church members about it; people should find out what’s best for them.

“Do what you want, but look at it for yourself,” Tooley said. “There is so much uncertainty. Whatever we can do in how we care for ourselves, let’s do it. And also, these masks? We’ve got to wear them.”