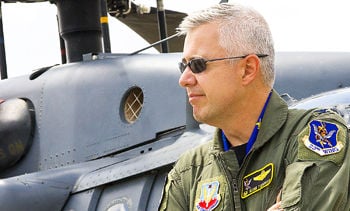 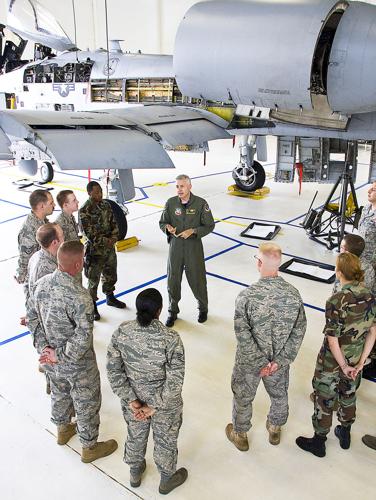 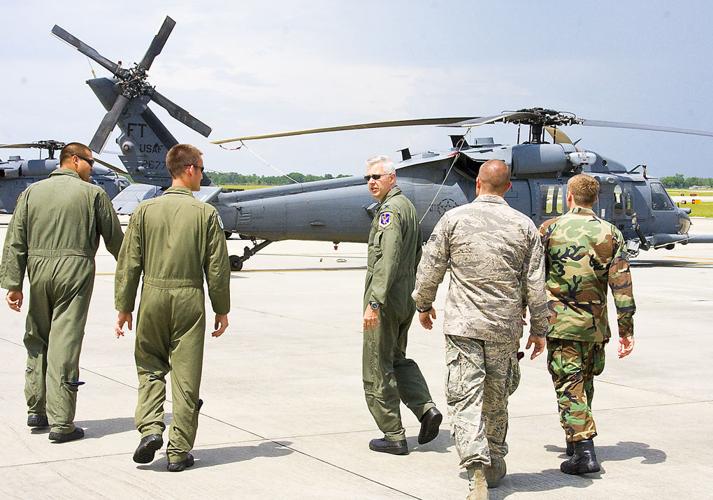 MOODY AIR FORCE BASE — Col. Kenneth Todorov said he and his family have mixed feelings about leaving Valdosta and Moody Air Force Base. Todorov has been Moody’s wing commander since May 11, 2007. He will hand over command of the 23rd Wing to Lt. Col. Gary Henderson on May 28, before heading to Colorado Springs, Colo. There, he’s been assigned as the executive assistant to Gen. Gene Renuart, commander, NORAD and USNORTHCOM. “I just want everyone to know how much we have loved it here,” Todorov said. “My kids are looking forward to playing in the snow and being in the mountains, and I’m looking forward to some new challenges, but at the same time, it’s bittersweet for the whole family. We’ve never been anywhere like Valdosta and Moody.” Asked how his wife, Lynn, feels about the move, Todorov said, “I’ve always said that of the two of us, she has the tougher job.” He said Lynn has been incredibly supportive, especially considering that his three children, Aidan, 8, Annika, 6, and Max, 2, have a lot of energy and require a lot of attention at their ages. The biggest expansion in Moody’s history, both in the number of airmen and infrastructure, took place during Todorov’s tenure as wing commander. Not only were the A-10 aircraft and maintenance facilities transferred to Moody, but $140 million in projects on the base were initiated, including new dorms, recreation and workout facilities for airmen and their families, a new headquarters building, and a new gate to replace Moody’s current south entrance. During an interview Friday, Todorov stopped to speak with some of the 38th pararescuemen and 41st helicopter pilots. “It’s been a humbling experience to be here and serve with you,” he said. “What I will miss most about this job is you. You guys do all the work. I hope I have given you the tools to do your jobs.” Parker Greene, who has been civilian liaison to Moody since 1970, said, “He is one of the finer officers we’ve seen come through. He’s so proud of this base and so caring for the troops and the people who work around him. He always has time to stop and talk to an airman or a young lieutenant. He takes time to handle the smallest situation but he’s also a master at handling large ones.” Greene’s wife, Dr. Lucy Greene, seconded her husband’s sentiments on Todorov. “He’s been an exemplary wing commander,” she said. “He’s respected throughout the Air Force. He cares about his people and about the excellence of their performance. He is definitely a leader in the Air Force.” In his new position as assistant to Gen. Renuart, Lucy Greene said Todorov “will have to monitor the universe.” She was only half joking. Gen. Renuart, as commander of NORAD and USNORTHCOM, is responsible for all homeland defense and homeland security issues. Keeping up with objects in outer space is part of what they do, she said. Renuart is also a former wing commander at Moody AFB. Driving around Moody in the wing commander car, with its shark-toothed, Flying Tiger grin painted on the front and the two bumper stickers that read “I love the smell of jet fuel” and “I love jet noise,” Todorov explained that he has always believed in the inverted-pyramid model of leadership which, instead of putting the leaders at the apex, puts them below supporting everything that goes on at the base. He said that approach to leadership has been part of the key to Moody’s success during his time as wing commander.