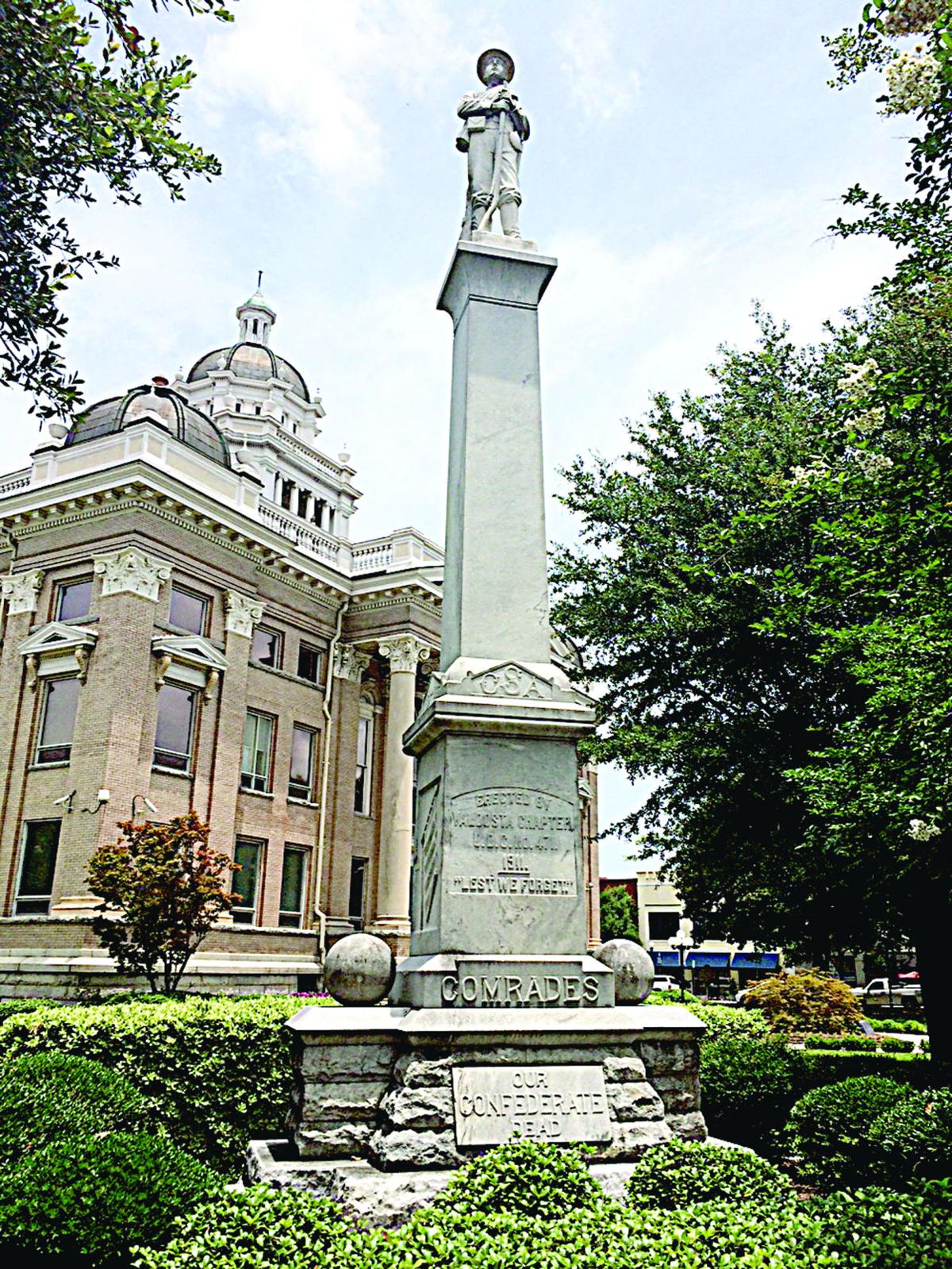 A monument to “Our Confederate Dead” is located on the historic Lowndes County Courthouse lawn. 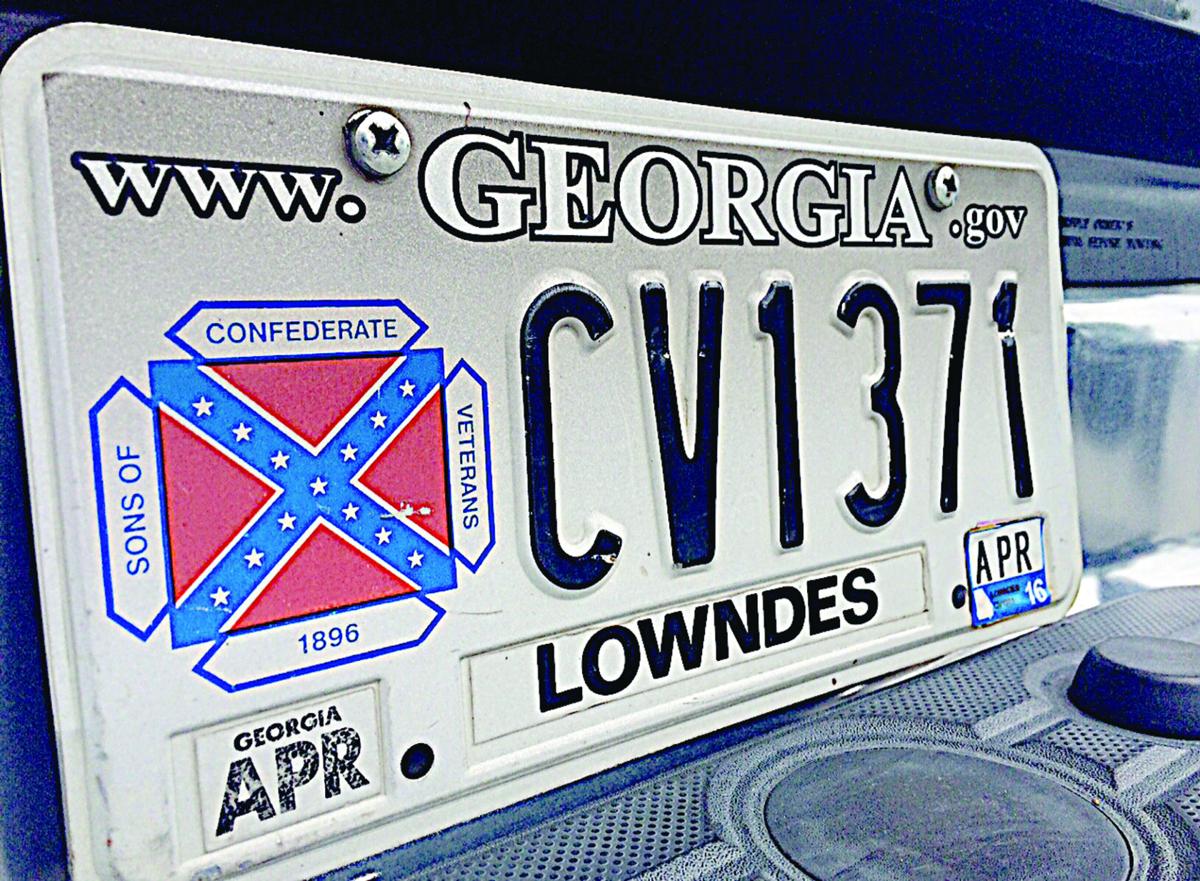 Many Lowndes County residents have license plates with the Confederate flag image.

A monument to “Our Confederate Dead” is located on the historic Lowndes County Courthouse lawn.

Many Lowndes County residents have license plates with the Confederate flag image.

The Confederate battle flag is flapping amid controversy in the southern capitols where it still flies, following a mass shooting in a black church in Charleston, S.C., at the hands of an avowed racist who posted photos of himself with the banner on the Internet.

In Georgia, where lawmakers retired a state flag bearing the controversial image more than a decade ago, the focus is primarily on a license plate for the Sons of Confederate Veterans.

But redesigning a vehicle tag may just be the beginning of the conversation.

Already, a bill in the works would eliminate the state's Confederate Memorial Day, still an official government holiday every April.

It remains to be seen what other vestiges of the state’s past will be swept up in a desire to blot out the evil behind last week’s shooting at a Bible study, which killed nine people including the church's popular pastor.

“Black people in this state should not be required to pay taxes that support memorials, streets and other things that honor men who tried to keep us in slavery,” said the Rev. Floyd Rose, who heads Serenity Church in Valdosta.

Nods to the state’s role in the doomed Confederacy — and honors for the men who led it — are plentiful in Georgia and, in some cases, subtle.

Most Georgians are likely not aware of this — and they probably don’t care, said historian Stan Deaton, with the Georgia Historical Society.

“It’s flying under the radar,” he said.

Either way, the state's current flag does not elicit the same response as the flag adopted in 1956 amid a torrent of segregation laws passed by the Legislature in response to the U.S. Supreme Court's ruling in Brown v. Board of Education.

That version of the flag — which prominently featured the battle flag —was retired in 2001.

Deaton said the current flag may not inflame as much passion because it was never waved in opposition to civil rights.

Also, it's not universally embraced by those who wish to honor the state's Confederate history — another factor that seems to work in its favor with the public, Deaton said.

Rep. Tommy Benton, R-Jefferson, said the meaning of the battle flag has been perverted. For him, it’s the flag his ancestors marched behind 150 years ago.

Benton said the current state flag “doesn’t evoke the same reaction because it hasn’t been hijacked by all of these hate groups."

Still, he said the intense focus on the battle flag is misplaced.

“The guy who did the shooting was a nut. It doesn’t have anything to do with the flag,” said Benton, a retired history teacher and member of the Sons of the Confederate Veterans.

Benton worries that focus will soon turn to Confederate monuments and memorials, but this isn’t a new concern for him. Next year will mark the third time he’s tried to pass a bill that attempts to protect monuments from what he sees as political correctness.

His proposal would bar city, county and state officials from moving these tributes unless they are put in a place of equal prominence. In other words, a statue of Confederate President Jefferson Davis now placed in a courthouse yard couldn’t wind up in a cemetery.

Many monuments in front of government buildings were erected in the 1890s as Southerners tried to define the meaning of the war and distance themselves from slavery, said Deaton. It’s also about the time Jim Crow laws started to spread.

Tributes to the Confederacy saw a resurgence in the 1950s and ‘60s during the Civil Rights Movement when the South’s “Lost Cause” narrative started to come undone, he said.

But, as time has passed, Southerners have reexamined the way they view their past, he said, and that may one day ultimately lead to fewer streets and buildings named after Confederate generals.

“There may come a time, 50 years from now, when we no longer feel the need to have any ties whatsoever to our Confederate past,” he said.