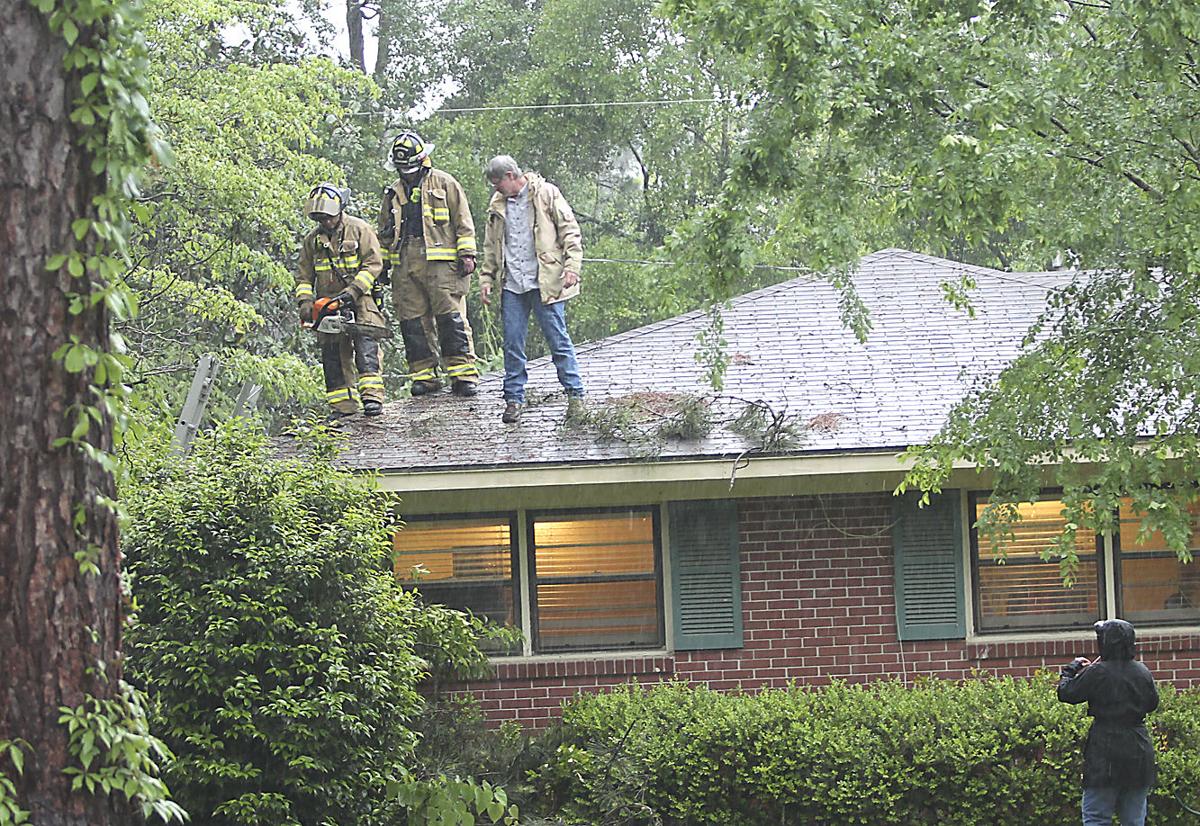 Firefighters deal with a tree that fell onto a house on West Cranston Avenue during a storm Sunday. 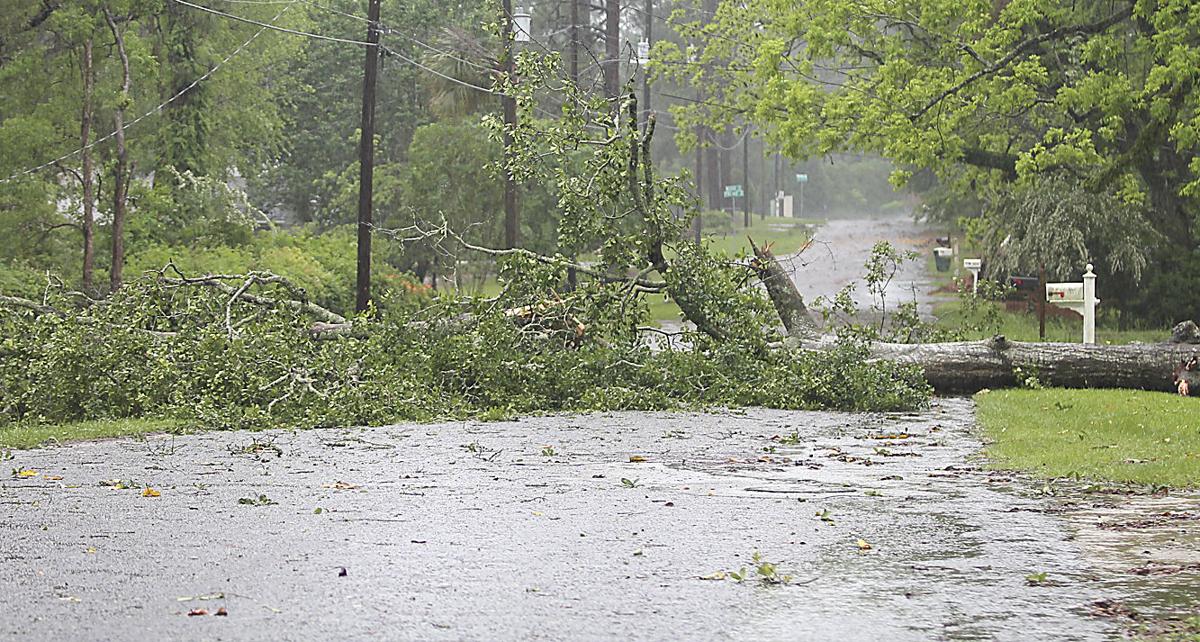 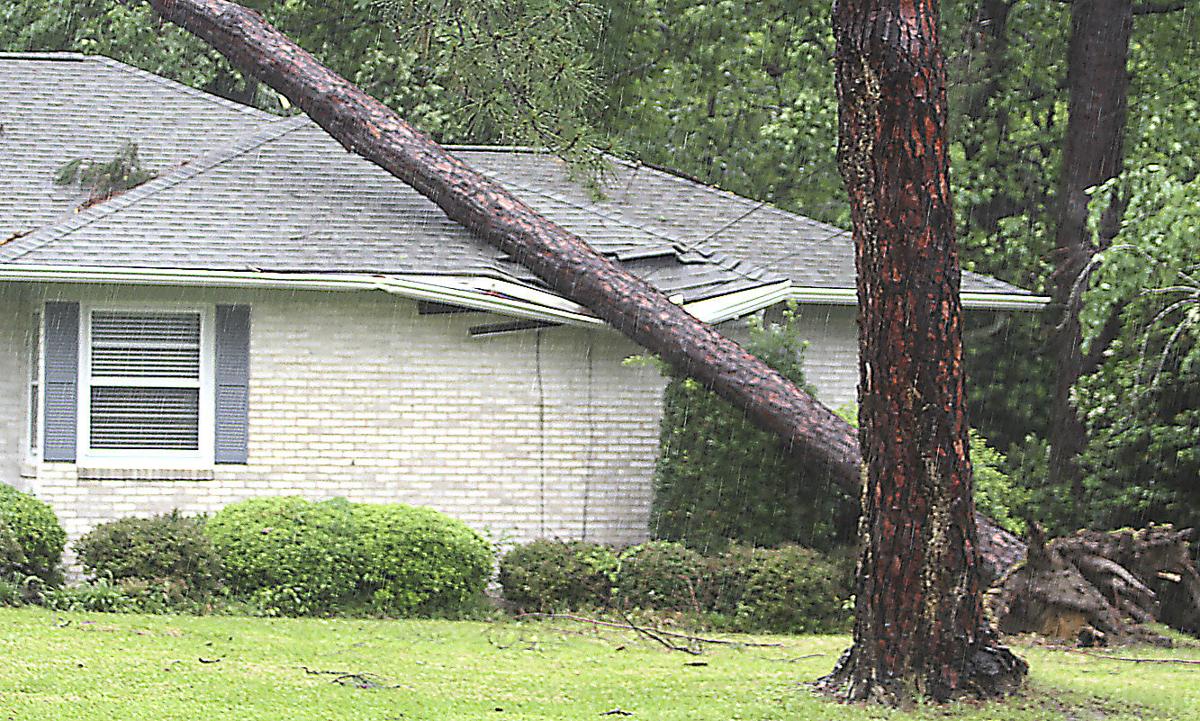 A tree rests on the roof of a house in the 1700 block of Williams Street after a large thunderstorm ripped through the area Sunday.

Firefighters deal with a tree that fell onto a house on West Cranston Avenue during a storm Sunday.

A tree rests on the roof of a house in the 1700 block of Williams Street after a large thunderstorm ripped through the area Sunday.

The city was under a tornado watch most of the day, due to expire at 8 p.m. As of 4:15 p.m., no tornadoes had been reported in South Georgia, said Katie Moore, a meteorologist with the National Weather Service’s Tallahassee, Fla., office.

Sunday’s advancing storm front had most of South Georgia, north Florida and southeast Alabama under tornado watches through the day. A severe thunderstorm warning for Lowndes County was sounded at 2:15 p.m.

“Lowndes was really on the outer edge of the storm system,” Moore said. Southeast Alabama was hardest hit with a possible tornado reported, she said.

The storm front was caused by a low pressure system in the Midwest, said Matthew Green, a meteorologist with the private forecasting firm AccuWeather.

Some regions in the storm’s path were expected to receive from 3-6 inches of rain; Moore said southern Lowndes got between 1-2 inches, while northern Lowndes only got about an inch.

No storm-related casualties had been reported to the weather service, she said.

In Valdosta, damage included downed trees around Williams Street and West Cranston Avenue, while a tree blocked McLeod Road with power lines down nearby. Valdosta firefighters and public works personnel were kept busy responding to damage reports. The fire department even assisted a motorist whose car got stuck in a ditch while trying to avoid a downed power line; three firefighters pushed the car back onto the street.

Lowndes may not be in the clear yet; Moore said there was a “slight risk” of more severe weather in the area Monday.

Through the rest of the week, the official weather service forecast calls for slight chances of rain or storms with highs in the mid to low 80s and lows in the 60s. A cold front is expected to move through South Georgia Tuesday, Green said.

Midweek, a high pressure system behind the cold front should bring clearing skies and “pleasant weather” to the area, though rain chances may creep back up Thursday and Friday, he said.