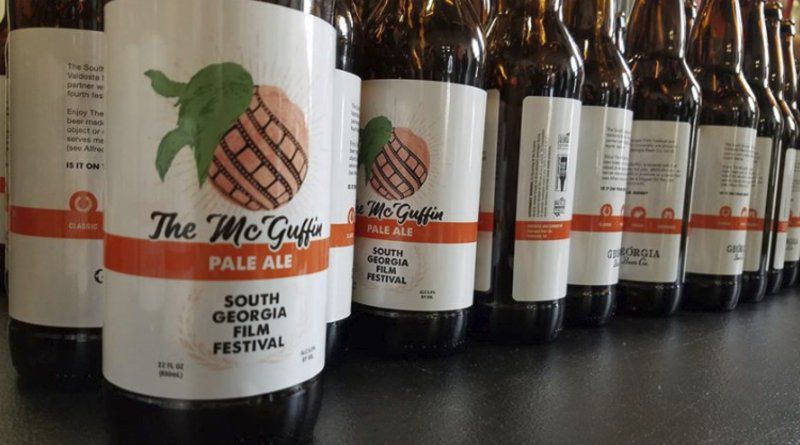 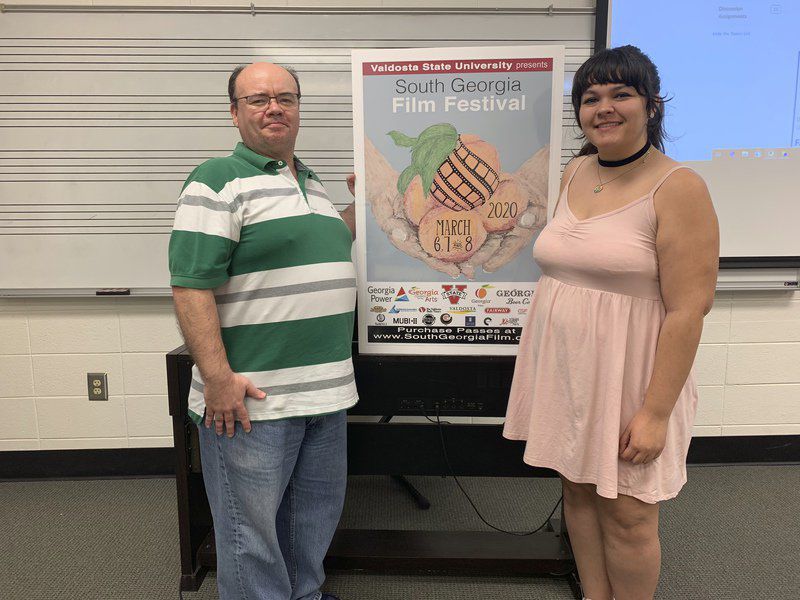 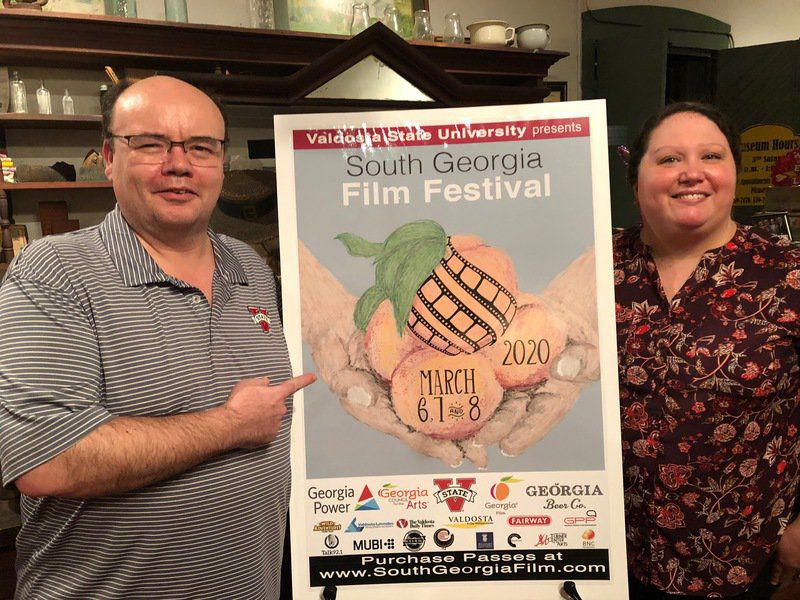 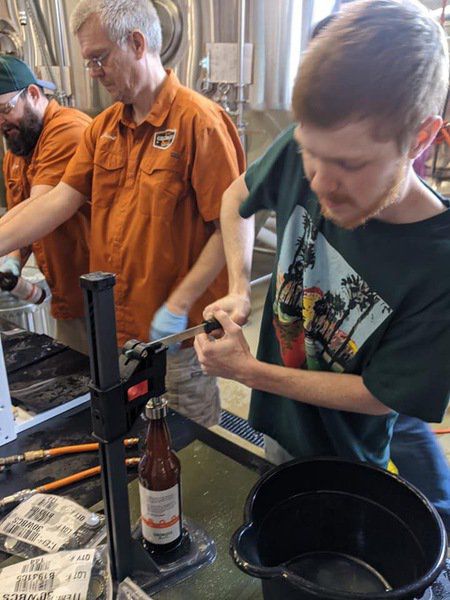 VALDOSTA, Ga.  – As the 2020 South Georgia Film Festival approaches, people will see the new design pop up across Valdosta.

Logan Lott, a junior Valdosta State University art major, submitted the winning design in the festival’s inaugural poster competition. Lott won a VIP pass to this year’s festival along with $100.

“Logan created a really fun design, with the film reel around the peach, which we are excited to see around Valdosta,” said Jason Brown, festival director and associate professor of mass media at VSU.

Billboards for the fourth annual event will begin being seen across the Fairway digital billboards during Valentine’s Day weekend.

The film festival kicks off March 6 at Georgia Beer Company where guests will find the logo in an unexpected place – on the label. The local brewery is partnering again with the festival for its exciting opening night event, which will feature a special brew made only for the film festival. Along with the new logo, the beer named The McGuffin, after the Alfred Hitchcock device, will be given to each pass-holder as they walk through the door.

Recently, the completed poster was revealed at the Lake Park Historical Society’s winter meeting where Brown discussed the growing value of independent film production across our area.

Lowndes County has benefitted from various productions over the years, from “Zombieland” at Wild Adventures, to “Gator” at Banks Lake, to “Like a Crow on a Junebug” in Lake Park, according to organizers.

Festival screenings will take place at the VSU Student Union Theater at the corner of Baytree and North Oak Street. The festival added the use of the Odum Library auditorium this year, located beside the Student Union. Over the three days, visitors can park at both the Oak Street parking deck and the University Center parking lot. With numerous panels and screenings across both locations, attendees will find plenty to do, organizers said.

This year’s festival continues to connect with partners in the Valdosta community, including Georgia Power, Georgia Beer Company, Georgia Council for the Arts, Wild Adventures, the Valdosta-Lowndes Development Authority, the Turner Center for the Arts, Valdosta Main Street, The Valdosta Daily Times, Ashley Street Station, the Black News Channel, the City of Valdosta, the Williams Hotel Group, MUBI and the Criterion Channel.

Promoting entrepreneurship through filmmaking, the festival continues to promote the regional film industry with panelists discussing both the craft and industrial impact of film for local businesses.

For more information on the South Georgia Film Festival, visit SouthGeorgiaFilm.com or contact Brown at (229) 219-1298, jasonebrown@valdosta.edu.