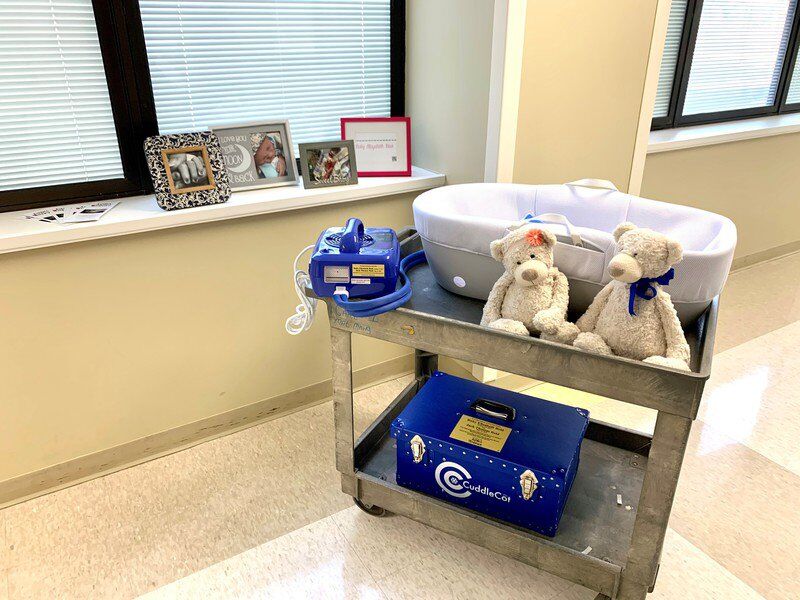 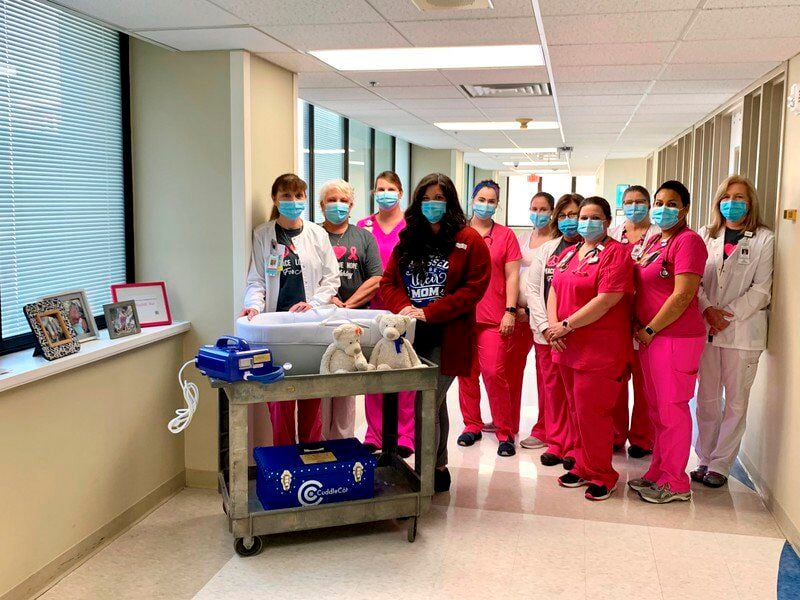 Submitted PhotoKendall Reid stands with SGMC Labor and Delivery team to present the donation of the CuddleCot from Ashlie’s Embrace.

Submitted PhotoKendall Reid stands with SGMC Labor and Delivery team to present the donation of the CuddleCot from Ashlie’s Embrace.

Ashlie’s Embrace is a nonprofit organization that raises awareness of CuddleCots and helps make them available in medical facilities, hospital officials said in a statement.

A CuddleCot is a device that allows parents more time with their baby after a loss. The $3,000 system cools the baby by using a cooling pad placed in the bassinet. With this device, families experiencing a stillbirth can have more time to say goodbye to their child, hospital officials said.

This particular donation was delivered by Kendall Reid and her mother, Lisa Castillo. The Women and Infants team accepted the donation and listened to Reid as she shared her story.

"Kendall and her husband, Andy, found Ashlie’s Embrace after losing two babies," hospital officials said. "Their first child, Ruby, died just two days after she was born and they were only able to spend a few minutes with her. Their second child, Jack, was stillborn.

"After losing Jack, Kendall and Andy raised enough money for Ashlie’s Embrace to purchase 10 CuddleCots for hospitals in Georgia. SGMC was the seventh hospital to receive a device."

“I really wanted SGMC to have a CuddleCot because it is so close to Moody Air Force Base. Military families are so far from home and when a loss like this happens, I can only imagine how important a CuddleCot would be. This would allow time for a husband to get home from deployment or for out-of-town family to fly in to meet the baby,” said Kendall Reid, who is also an Ashlie’s Embrace board member.

“We are beyond grateful for the generosity of Kendall and Andy, and of Ashlie’s Embrace. This will be a great asset for our patients and their families,” said Debbie Smith, SGMC women & children nurse manager.

"SGMC is committed to women’s health throughout the region and continues to deploy the latest technology and develop cutting-edge programs for women and infants," hospital officials said. "SGMC’s Birthplace has the region’s only Level IIB Neonatal Intensive Care Unit with two neonatologists and the area’s only OB hospitalist program and OB emergency department."

SGMC is one of only three hospitals in Georgia to offer AngelEye Health, a secure video surveillance to connect families with their newborns.

For more information about the Birthplace at SGMC, visit sgmc.org.