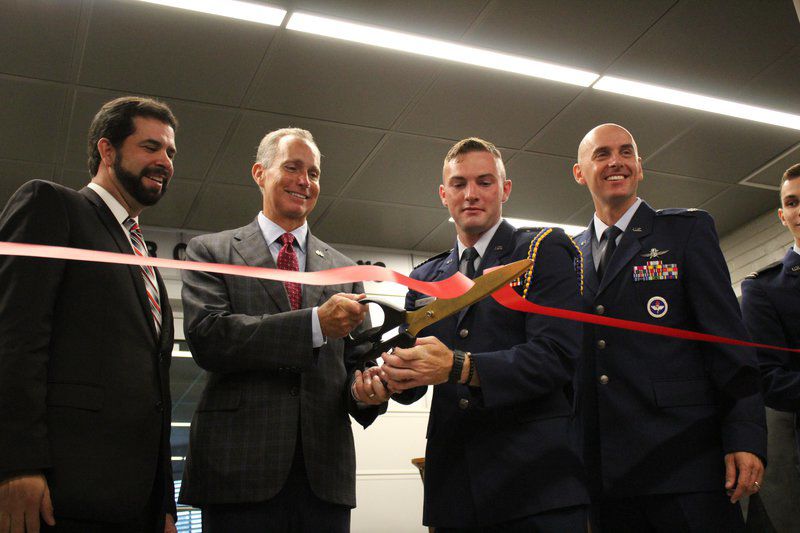 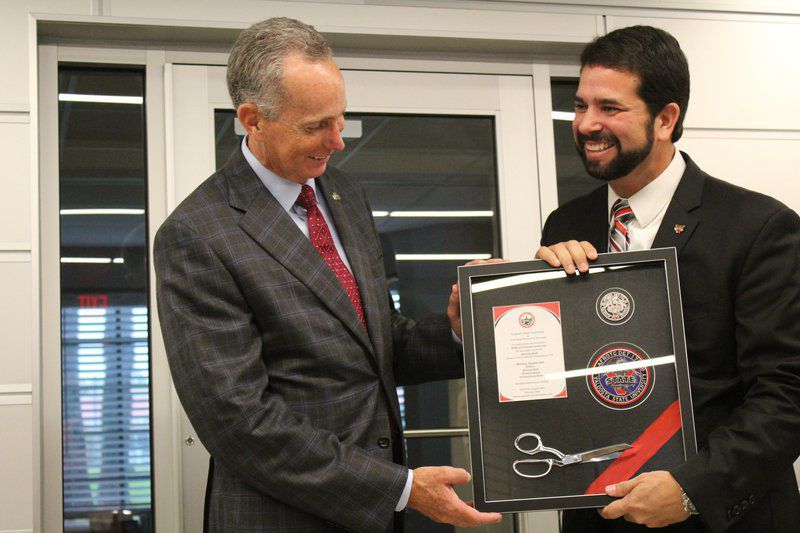 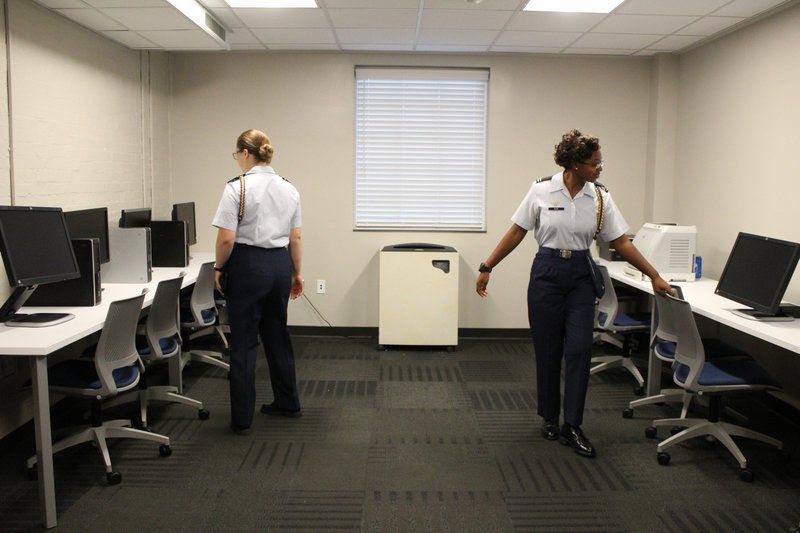 Katelyn Umholtz | The Valdosta Daily TimesSome of Barrow Hall's renovations include more modern computer labs for cadets to use for their studies. 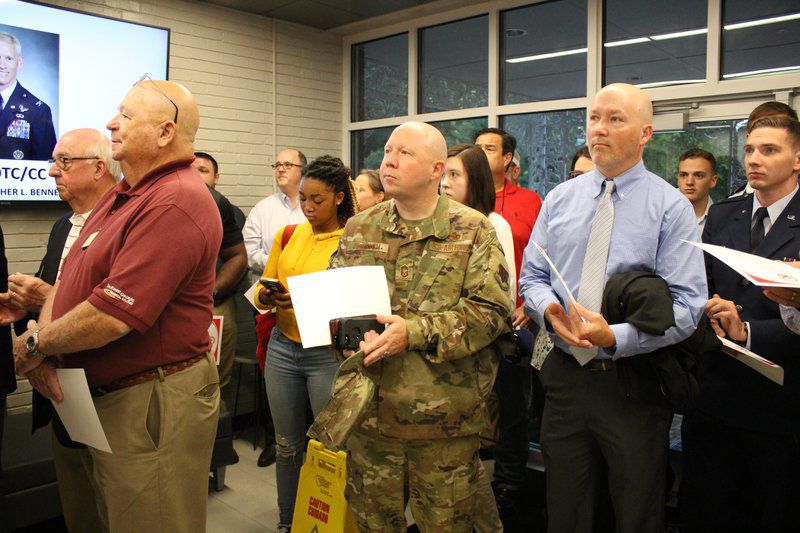 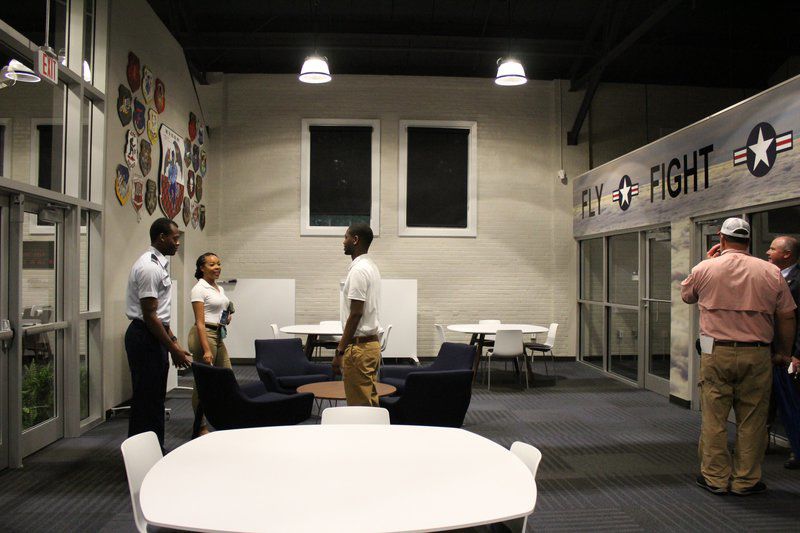 Katelyn Umholtz | The Valdosta Daily TimesSome of Barrow Hall's renovations include more modern computer labs for cadets to use for their studies.

VALDOSTA — Valdosta State University’s new school year started off with a bang, or rather, a ribbon cutting.

Complete with a more modern design, Barrow Hall and Central Warehouse were transformed for the Air Force ROTC program and readied for its cadets, faculty and community members.

“We thought it’s so important that we give them an ideal space to train and learn in while they’re here,” VSU President Richard Carvajal said. “To take an old, historic building like this and to be able to bring it back to life to serve these young people, we’re really proud of that.”

The project cost the university $1.7 million and was funded by the state.

One of the main rooms in Barrow Hall is named for Stuart Parker, USAA chief executive officer and VSU alumnus.

He attended the event to speak as a former VSU cadet.

“I look at all of the young men and women that are willing to be part of ROTC, and it’s just so encouraging and inspiring,” Parker said. “Valdosta State University has produced so many incredible graduates in all fields. To be part of this university and brag about it is really a point of pride.”

The most exciting part of the event was seeing students already utilize the buildings, whether they were in the new computer labs or using the gym equipment in the warehouse.

Even though he will only get to spend one more year walking the halls of Barrow, Vice Wing Cmdr. Christian Moore said he is enthusiastic about the building as a resource to him and his fellow cadets.

“It’s incredible, especially from where it was to where it is now,” Moore said. “We’re going to be able to use the building a lot more than we could before.”

Carvajal said the renovated building is a shining example of what VSU has in store for the rest of the new school year.

“We have exciting things happening here because we have such good people who are committed every day to changing students’ lives,” Carvajal said. “We always celebrate the first day, but it’s always keeping in mind we get to celebrate the day when they walk across the stage.”