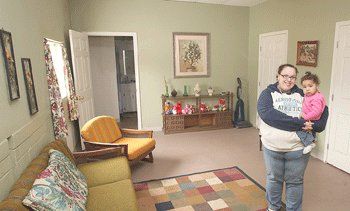 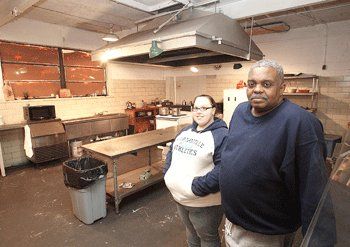 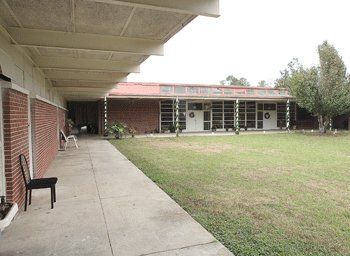 A bastion of hope for those in need is the goal of UpLift Inc. The shelter, which is located in what was once Morven Primary School, provides living space and community resources to those in need. Now the shelter is reaching out to the community for its Christmas fund-raiser and appreciation of giving ceremony to be held on Dec. 18 from 6:30-8:30 p.m. Director Tyrone Terrell said the event is free, but donations will be greatly appreciated. All those attending the event can give money or goods in the form of clothes, pots and pans or any items they wish to part with, he said. Terrell and the 20 residents at UpLift Inc., a private nonprofit, are currently busy renovating the school, turning classrooms into rooms, education centers and even a barber shop. Terrell said he was called to this service by God and that taking care of a community is something everyone can be involved in. For the Dec. 18 fund-raiser Dr. Mark Eanes will be the guest speaker. When Terrell needed surgery, Eanes performed it free of charge and then offered to help Terrell and the residents raise money for the facility, Terrell said. In addition to Eanes, there will be gospel singing and Pastor Jim Pitt from Morven Baptist Church will be the master of ceremonies. The kitchen at UpLift Inc. is in need of an overhaul, and Terrell hopes to use some of the funds raised from the event to begin work on the kitchen. The shelter has been open a year and a half, and Terrell estimates that more than 300 people have passed through its rooms. Resident Christy Sanders serves as the office administrator for UpLift Inc. “When they let me come in, it changed my whole life,” Sanders said. Everyone living at the shelter works, either in the office or on the various rooms that still need to be renovated, she said. Sanders encourages everyone to come to the Dec. 18 event to help out the less fortunate and to see what UpLift Inc. does for the community. Lani McIntire and his fiancé, Ashley Phillips, have been living at UpLift Inc. for about two months. The downturn in the economy hit McIntire hard and he said he has struggled to find work. “It’s nice to have an actual home even for a short time and it’s nice to be needed and not taken advantage of,” McIntire said. UpLift Inc. is located at 7752 Highway 133 in Morven. To learn more about the Christmas fund-raiser and ceremony, call UpLift Inc. at (229) 775-3282.