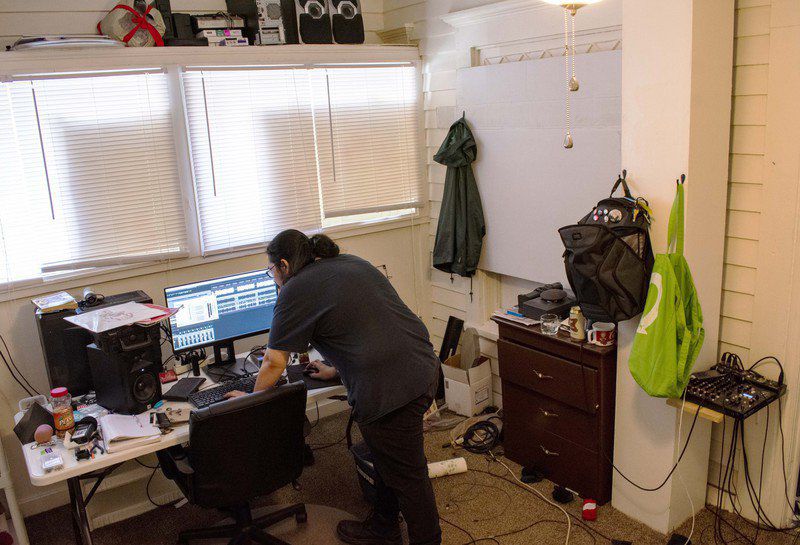 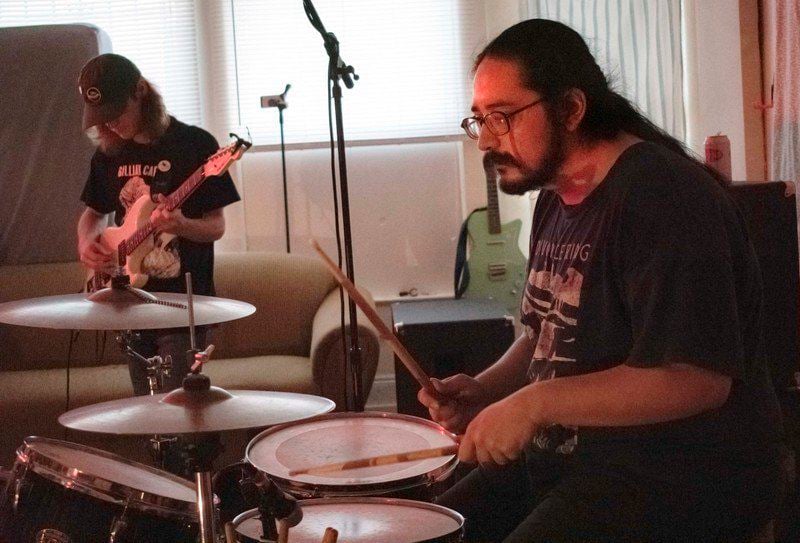 VALDOSTA – How many houseguests have you had in the last year?

Some might have a difficult time answering that question while others might be able to answer it quickly. Alan Sifuentes is a good host but there's really no telling how many houseguests he's had in the last year.

Sifuentes is the sole manager, stage technician, producer, DJ and host to the local music venue and space for the arts, the Valdosta DIY House.

Operating entirely on donations, the private residence turned music venue has hosted more than 60 shows in the past year and well over 100 musical acts from across the world.

Last week, Sifuentes observed the one-year anniversary of the space unceremoniously due to the COVID-19 pandemic, but instead spent time reflecting on the space he created here.

According to Sifuentes, when he and his roommate, Josh Zorn, set out to start the space they didn’t anticipate how quickly it would take off.

“The first show was all (local artists),” Sifuentes said, “And the very second show we did was Zeta. So, instantly a band that is pretty well known and is playing constantly.”

Zeta, a four-piece experimental punk group, has performed at the Valdosta DIY House many times since that first show and contributed to the House becoming a known stop for many touring band circuits. Other fairly well-known acts such as Ceschi, Gillian Carter and Las Nubes have performed at the House.

Sifuentes got the idea to record sets from his early days of going to concerts in Valdosta.

“Almost always, the night of or the day after, I’d be frantically searching online to see if anybody had recorded any video,” he said.

Most of the time, he would not be able to find any video and all records of that performance would be lost to time. The set recordings, according to Sifuentes, is his way of keeping an archive for people to relive those moments.

The existence of the Valdosta DIY House has contributed to a recent boom in local musicians starting bands including Mama Stone, Box Prince, Counteract, Sonder, Pasadena Street and The Thunder Monkeys.

“I know there've been a lot of younger people who’ve messaged me or asked me questions about what kind of microphone do I need or what kind of guitar amp do I need. And I’ve tried my best to tell them that you can kind of use whatever you want,” he said, “I started with trash. Like, literally a karaoke machine that a friend gave to me. That was my guitar amp. It sounded awful but I recorded stuff with it. I just hope people keep making stuff.”

Sifuentes plans on reopening once the COVID-19 pandemic ends.

In the next year, he said he hopes to focus more time on the House and begin new projects such as photo books, compilation albums of local artists and streaming shows. Ultimately, the DIY proprietor hopes to open a commercial venue, but until then, the House will keep chugging along from the good will of donors.

Find the Valdosta DIY House on all social media platforms to learn more.