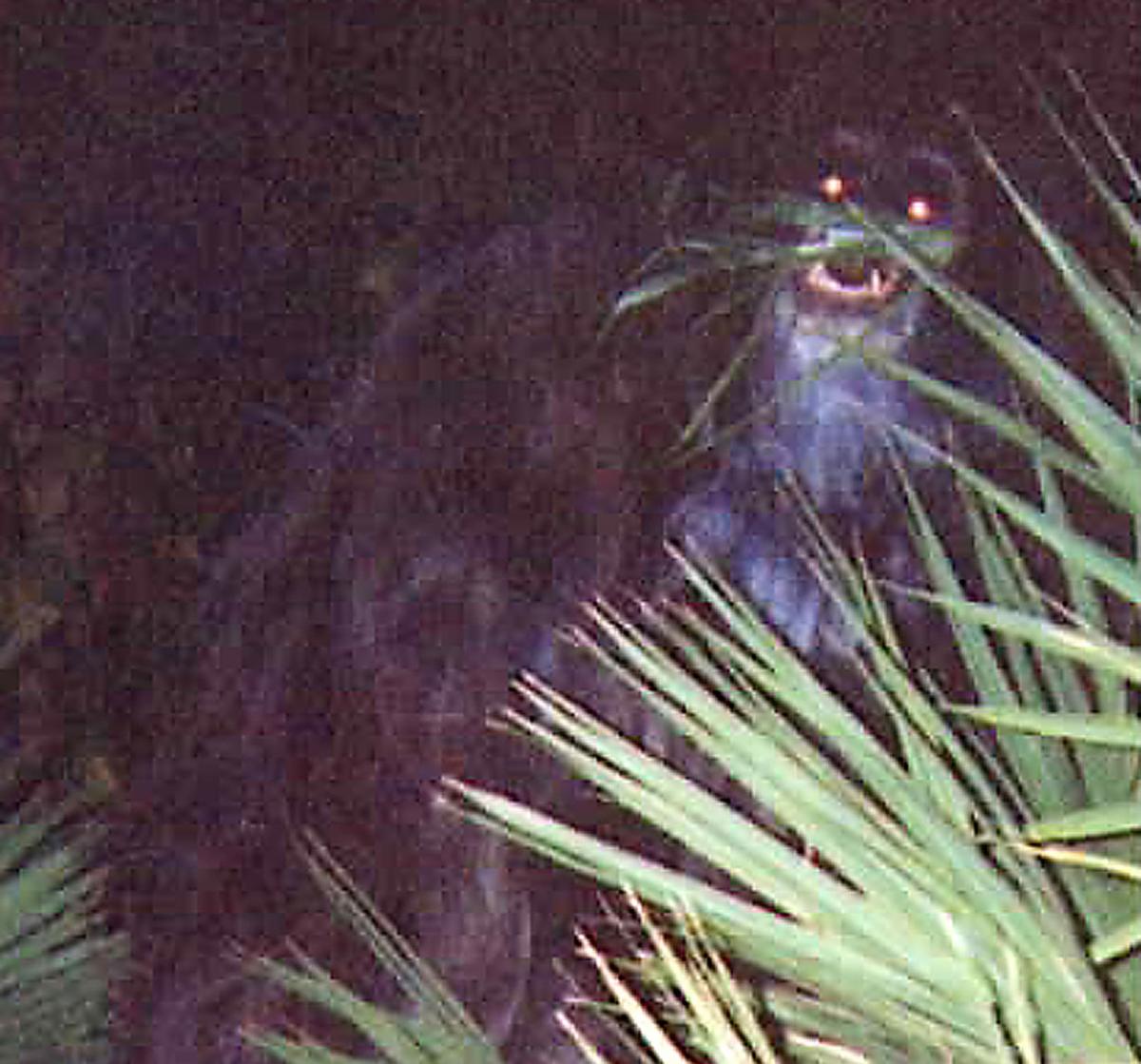 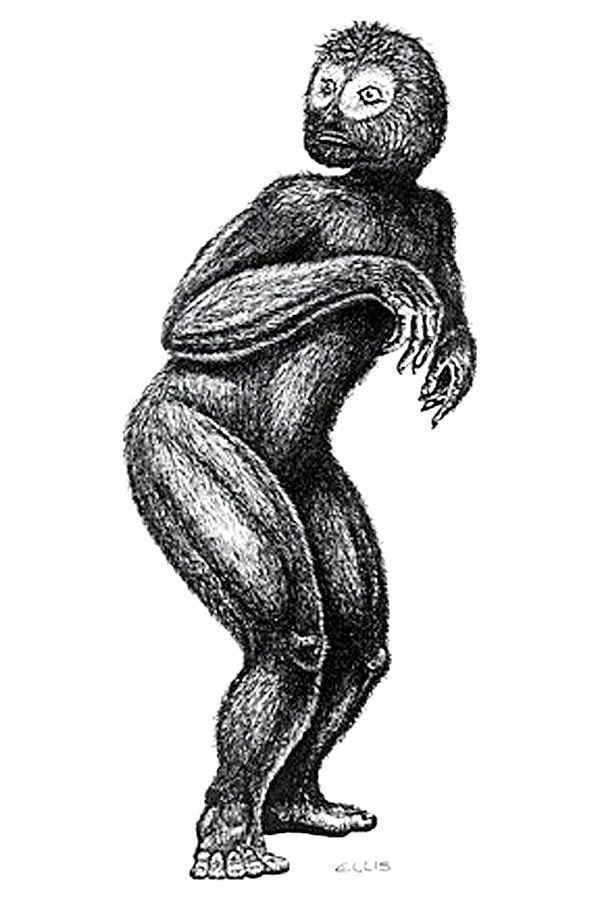 Several Internet Web sites list the Withlacoochee River between Valdosta and Quitman as the scene of many of the most recent sightings of the legendary Skunk Ape.

Figuring out how Brooks County became one of the most recent homes of the Skunk Ape may be as elusive as the creature described as being a smaller, smellier version of Bigfoot.

Ask Brooks County Sheriff Mike Dewey if his office has handled any calls regarding Skunk Ape sightings, he says not in the year and four months since he’s taken office. And he cannot recall any during his previous 19 years as a deputy sheriff either.

Brooks County receives the occasional call regarding a panther in the wild, but the sheriff says as far as “a Bigfoot, a Skunk Ape, or anything like that? No.”

One Skunk Ape aficionado recalls some sort of probe along the Georgia-Florida state line last year. But he has no details and isn’t certain of a more specific location.

Visit Skunk Ape Web sites and they list in great detail sightings of the creature. Sites detail a Clinch County sighting last fall, a 2008 Berrien County case, a Valdosta resident reporting a sighting from the 1950s. But nothing detailing sightings along the Withlacoochee in recent months or years.

Yet, several Web sites, from the Chicago Tribune to the Florida Sun Sentinel, include this same passage: “In recent months, several sightings have been reported near the Withlacoochee River in Brooks County, Ga., between Quitman and Valdosta.”

Who handled these reported sightings is as intriguing a question as what’s a Skunk Ape?

WHAT IS A SKUNK APE?

The Skunk Ape is a hominid, walking on two legs similar to a man, but it also reportedly lives among trees like a monkey.

Yet, it is its foul odor, often described as the reek of rotten eggs or hydrogen sulfide, that puts the “skunk” into the creature’s name. A Skunk Ape witness said in 1977: “It stunk awful, like a dog that hasn’t been bathed in a year and suddenly gets rained on.”

The Skunk Ape has been described as being about six-and-a-half to seven feet tall. A build that is shorter and weighing far less than the descriptions of the eight-foot, 1,000-pound Bigfoot. Like Bigfoot, a Skunk Ape has never been caught and sightings are often regarded with skepticism.

Sightings range primarily in the South, and predominantly in the Florida Everglades.

He fully believes in the Skunk Ape and says he’s seen them on several occasions. Shealy believes the capture of a Skunk Ape would be horrible for the creatures, but believes that if more people knew the truth of their existence, he could more successfully protect them.

“Putting an endangered species at risk is wrong,” Shealy says, “just because some people don’t believe they exist.”

Shealy told The Times that the Skunk Ape likes rural swamp areas with plenty of water and trees. They have been sighted throughout Florida, he says.

Though he specifically is unfamiliar with the Withlacoochee sightings in South Georgia, he does mention a study on the Georgia-Florida state lines that reportedly took place last year, when donuts were used in an effort to attract the Skunk Apes.

Given South Georgia’s woods and the nearness of a body of water, Shealy says the Brooks County sightings would be quite possible.

He believes the Okefenokee Swamp sustains a small, viable population of Skunk Ape. The creatures enjoy going on a walk-about in areas with plenty of trees, so the Brooks sightings may have been the Okefenokee tribe of Skunk Ape, he says.

In Boston, Leinberg went outside one night upon hearing her dogs barking fiercely. She found “a giant of a man on the front porch cornered by the dogs. It was an upright, hairy man. Her husband shot at it and it ran off.”

On another night, the woman’s stepfather shot at what he thought was a naked man. The next morning, they discovered 20-inch footprints and figured the creature from the previous night must stand about seven feet tall.

— At approximately midnight, July 2, 2008, along Cat Creek Road in Berrien County, a man was in his game room above a garage. He thought he heard something strike the garage door, according to skunkapefiles.com

Looking out the window, he saw “a large thing covered in hair ... The hair had a dreadlock appearance, long and matted. ... The animal had large arms, hands and feet ... moving very quickly” away from the garage toward the woods.

The sighting lasted only a second or two. The man discovered no physical evidence of the creature’s presence.

— Shortly before midnight, Oct. 7, 2009, on a road in Clinch County, outside of Homerville, a family traveled from North Carolina on their way home to Florida. Seated in the passenger seat, the wife smelled the odor first, between Homerville and Fargo, not far from the Okefenokee Swamp. Driving, the husband saw a strange figure on the side of the road, according to skunkapefiles.com. A sight that shook him up.

“He saw a very dark brown black colored tall humanoid figure standing on the left shoulder of the road, quarter facing toward the road and towards the direction they were traveling,” the Web site reports. “It was standing still, very vertically erect with both arms loosely down at its sides. Didn’t see any facial features or individual features of hands or feet. Thought it was about seven-feet tall weighing about 200 or 300 pounds. It was lanky rather than stocky and was not crouching forward, but was standing very vertical. ... The hair on head was long and stringy but the rest of the body hair seemed only two or three inches long. It laid down smooth not frizzy.”

The smell overpowered them more than the sight. “The smell coming into car vent was powerful and was a combination of sewer-like and strong musky animal odor,” according to skunkapefiles.com.

Like many legends, from Bigfoot to the Loch Ness monster to UFOs, there are numerous accounts of the Skunk Ape but not the definitive proof many folks require.

The closest thing to Skunk Ape proof are the Myakka photos.

In 2000, two photos of an alleged Skunk Ape were mailed to the sheriff’s department in Sarasota, Fla. These photos were reportedly taken by a woman who claimed to snap the shots of the creature she discovered in her back yard.

She claimed the creature stole apples from a basket on her back porch during a three-night period. She believed the creature an escaped orangutan. Each time, she called police to her house. Each time, the creature had fled by the time police arrived, according to the letter accompanying the photos.

The story behind these photos matches other tellings in that it involves an account of an escaped primate. Some Skunk Ape stories recount wrecks of circus trains with monkeys fleeing from the destruction into the woods.

South Georgia also has its own story of an escaped monkey.

Several years ago, a monkey named General escaped from Wild Adventures. General was never captured, though there were reported sightings of the monkey in the months following his escape.

Could the Brooks County Skunk Ape be the escaped General? Could it be a wandering band of creatures from the Okefenokee? Or could it be a bit of Internet spin that has caught South Georgia in the midst of a myth?

Perhaps, only time and a distinct smell will tell.