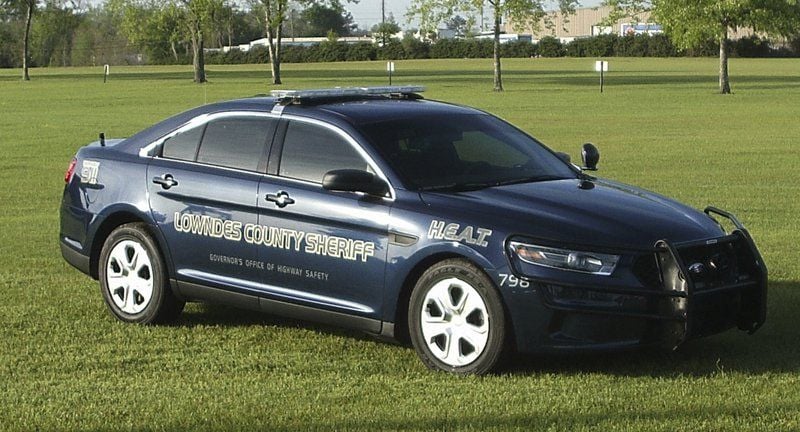 The goal of the H.E.A.T. (Highway Enforcement of Aggressive Traffic) program is to combat crashes, injuries and fatalities caused by impaired driving and speeding, while also increasing seat belt use and educating the public about traffic safety and the dangers of DUI.

Sheriff Chris Prine said the 19 traffic fatalities suffered in Lowndes County last year was a factor in the county receiving the grant. "The taxpayer didn't have to spend a penny," he said.

The sheriff's office had used Dodge vehicles, but "we were having problems with the Dodges, so now we're dipping into Ford," Prine said.

Police pursuit vehicles are custom-built on an as-ordered basis, said John Brosemer, fleet and commercial sales manager for Langdale Ford. Ford takes six weeks to build the car at the factory, followed by three weeks of customization at the dealership, he said.

Prine said the lifespan of a pursuit vehicle is generally three to four years.

"Once they get up near 200,000 miles on the odometer, they become dangerous to have on the highway at high speeds," he said. The Ford pursuit vehicles have impressive speed and gas mileage, Prine said.