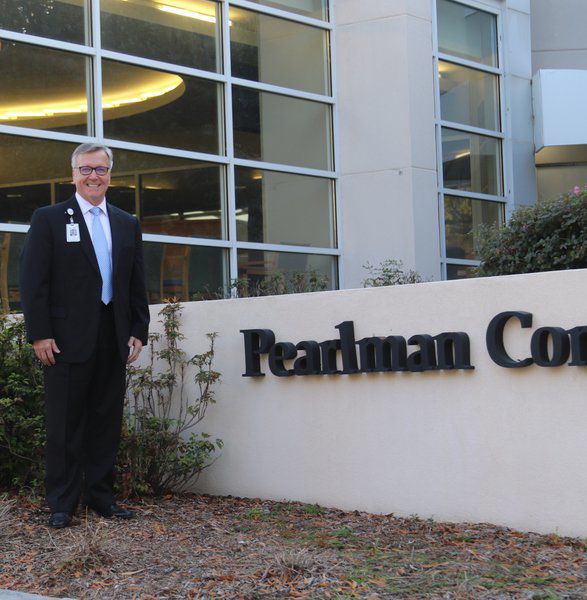 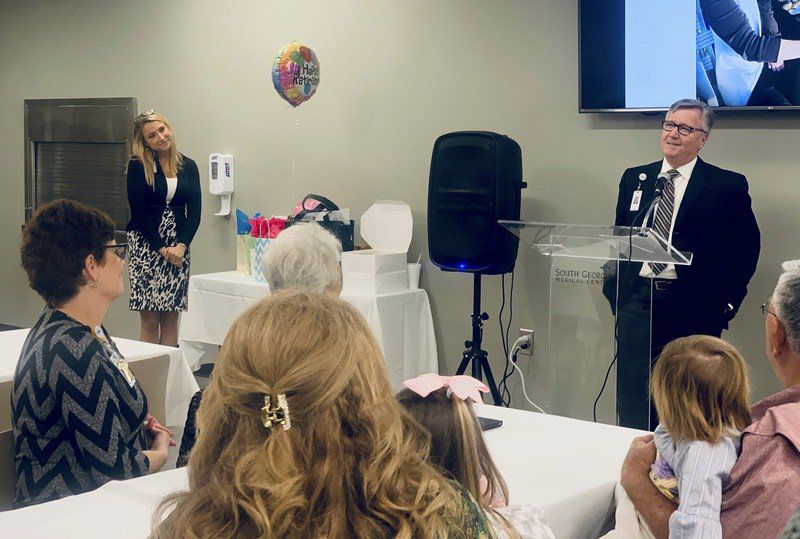 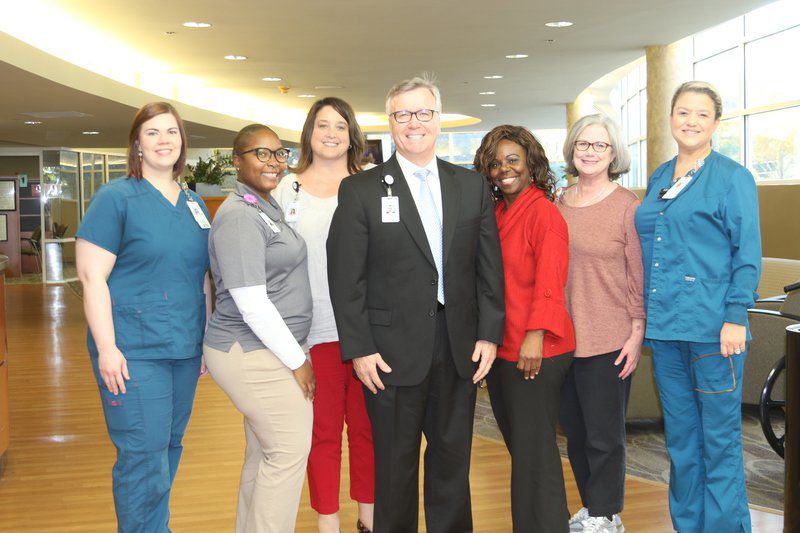 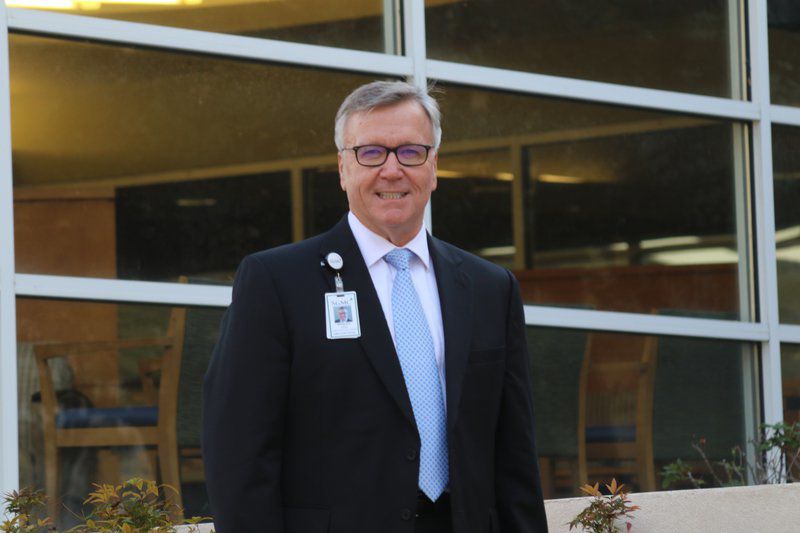 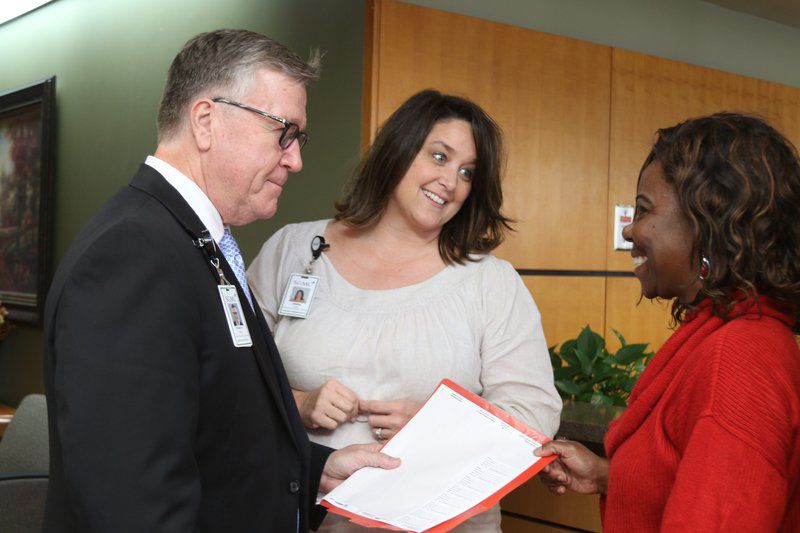 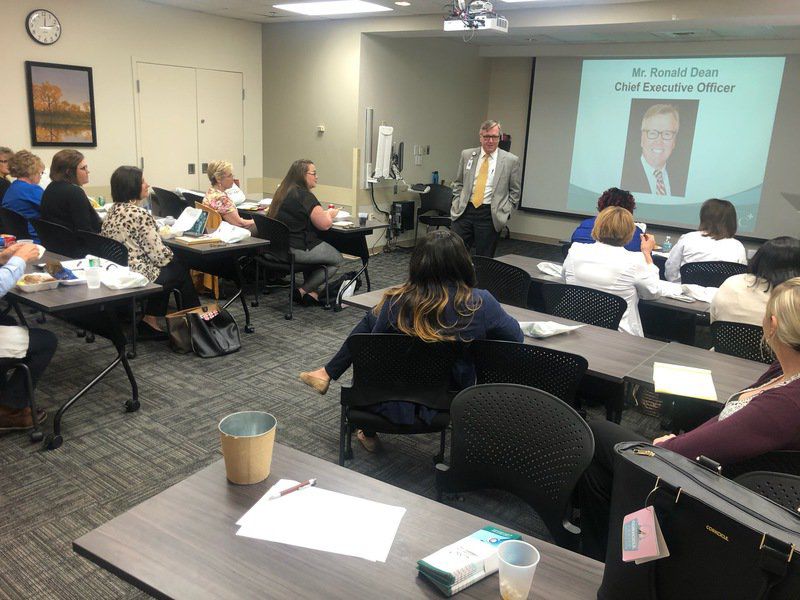 VALDOSTA – A young boy raised on the outskirts of Dothan, Ala. – one who never thought he’d go to college – would later grow up to be the chief executive officer of South Georgia Medical Center.

Ronald “Ronnie” Dean’s story is one of overcoming self-doubt, gaining self-worth and proving his own capabilities to himself.

His dad, the owner of an auction business, expected Dean and his two brothers to take over the family company.

Dean had other plans.

It wasn’t until his senior year in high school that he explored the idea of attending college. A biology teacher introduced him to laboratory technology in a classroom lab.

The teacher took Dean and his classmates to a local community college during a school trip that he said opened his eyes.

“I was finishing high school. I really never aspired to go to college,” he said.

He credits the biology teacher with exposing him to the possibilities of college.

“At the time, being in the school system I was in – a rural public school system – there were very few of us who thought we could afford college,” Dean said.

During the class trip, Dean learned of the applied sciences and health care. It was after the trip he thought he may attend college and embark on a career in respiratory therapy.

In 1981, Dean entered into Wallace Community College and earned an associate’s degree.

He later received both a bachelor’s and a master’s in business administration from Troy University-Dothan campus.

“Finishing college at the community college level was a big deal,” Dean said. “I was the first in my family to finish college, so now it’s time to go to work.”

His journey into health care began in Dothan with reprocessing equipment for hospital therapists and nurses as an equipment technician.

He’d break down non-disposable equipment, wash and dry it and package it, he said.

Upon completing college, he accomplished his goal and became a respiratory therapist for this same hospital before accepting the shift supervisor position.

Later, he was the clinical coordinator, and then the department head, in respiratory therapy.

His responsibilities grew when he became the assistant administrator for a large section in the hospital. The vice president of operations title followed.

Ultimately, he became the chief executive officer of Troy Regional Medical Center about 55 miles from Dothan.

Dean said being a CEO was never in his life's plan.

Whenever leadership roles would arise, Dean was consistently faced with the question: “Can I really do this,” he said.

He deems believing in himself as his most significant challenge.

When he saw the positive impact on others, Dean began to gain confidence.

“The direction I was taking seemed to have meaning in others lives, and when I identified that, it really turned things on for me,” he said.

Feeling his mission was accomplished at Troy Regional, Dean opted to write a new chapter in Valdosta with his wife of 33 years alongside him.

He became the CEO of South Georgia Medical Center Oct. 21. He said the adjustment into his newest career move is going well.

One of the reasons Dean made his decision was because he thought the hospital could benefit from any assistance he offered.

This includes his skill for being “transformational.”

“I come about things differently than others that I know. … I like transforming the way teams think,” he said.

“I like the idea that culture is really what drives the care at the bedside and how we organize ourselves in what we focus on and what we prioritize really dictates our behaviors toward our patients and guests.”

He said he has a great amount of experience in team and culture building, which he brings to SGMC.

He said this consists of “taking things that have not been as successful as they potentially could be and leading them through a process of identifying what it is that their potential could be so as to realize great results from their work.”

To Dean, SGMC is a community asset that is treasured and serves multiple purposes.

The hospital is a health-delivery system that cares for Lowndes County and surrounding areas while also fulfilling an economic service to its 2,500 employees and their families.

Dean plans to lead the center based on values of dignity, respect and earned trust. Plans also include becoming more visible in and out of SGMC.

“I feel most comfortable when I’m not in my office … Being out in the community is where I think I can make the biggest impact,” he said.

As for viewing SGMC in a positive light, Dean said it starts with him.

He strives to fulfill certain expectations and set the tone for the rest of the medical center by focusing on the reason the hospital exists – to care for others, he said.

He added SGMC has great people who desire doing a great job.

“They need my support. They need me to deliver on what it is they need to be excellent at taking care of people,” he said. “I think that’s really where it begins.”

Then, SGMC will “become more reliable” and “consistent in behaviors.”

“If we’re about dignity and respect, it becomes always, not sometimes,” Dean said.

Reflecting on the Past

Thinking back to a young Ronald Dean, he said he would encourage himself to abandon any limits and explore options not thought to be achievable.

If given the chance, he would tell his younger self to think beyond and imagine the possibilities that he could be more than he thought.

He said this advice assisted him.

Life’s purpose lies in a person’s journey, identifying the reason for that person’s existence.

“Believing that it is making an impact in others helped me want to be better, learn more and do more,” Dean said.