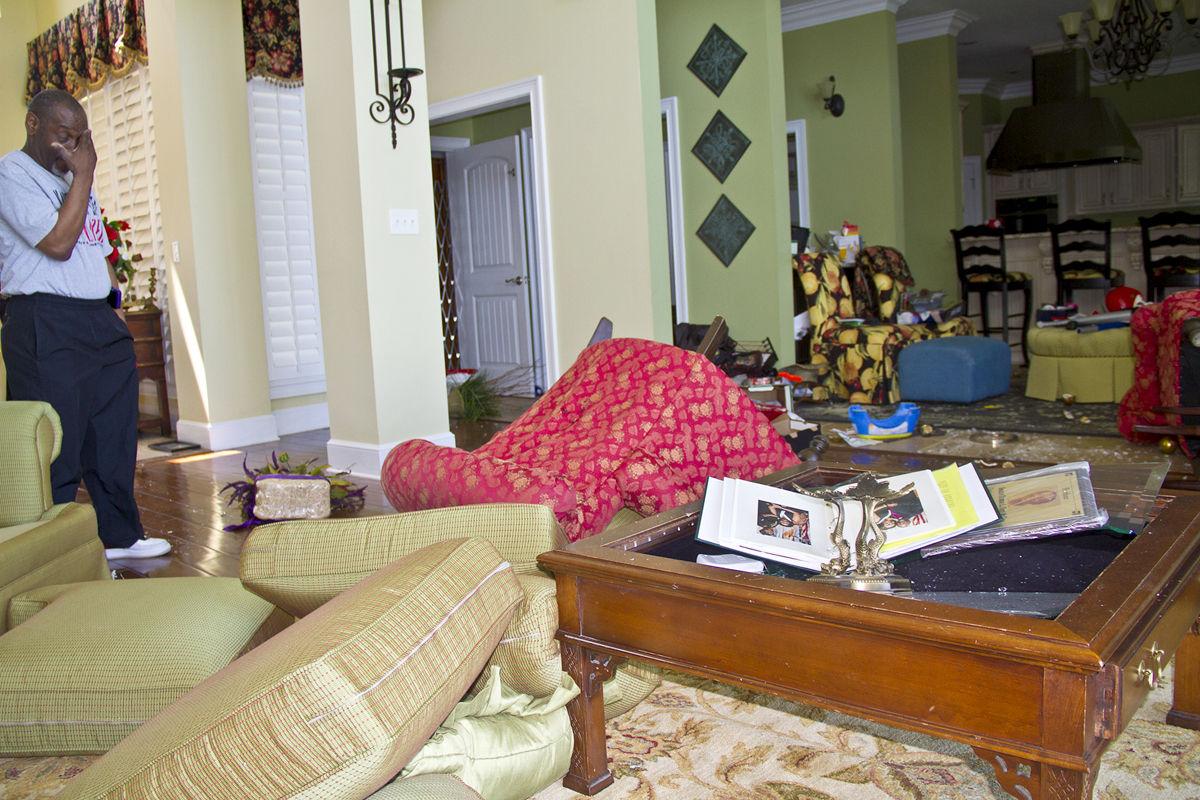 Bishop Wade McCrae surveys the mess left by vandals who ransacked his Lake Park residence. A damage estimate has not been returned, but it is expected to be in the thousands. 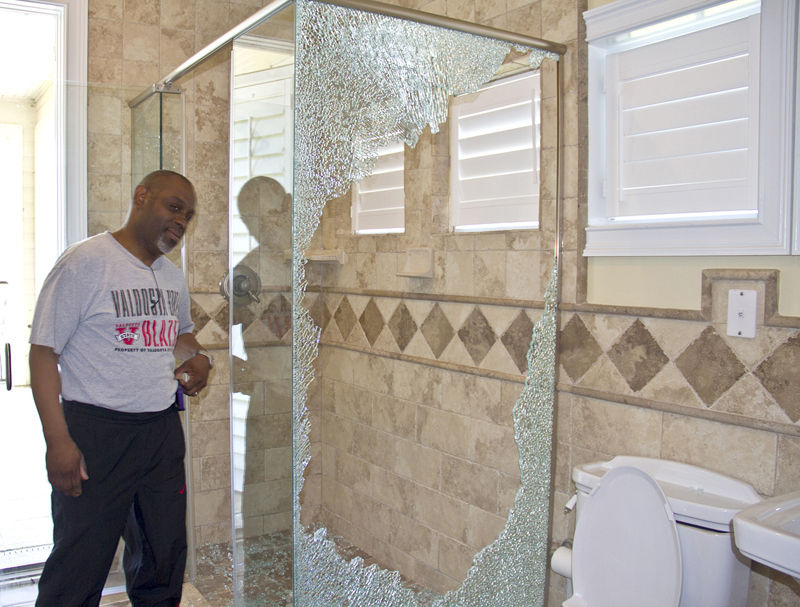 Bishop Wade McCrae stands next to the shattered glass of a shower wall. Every room in McCrae's home was vandalized last week, including the bathrooms. 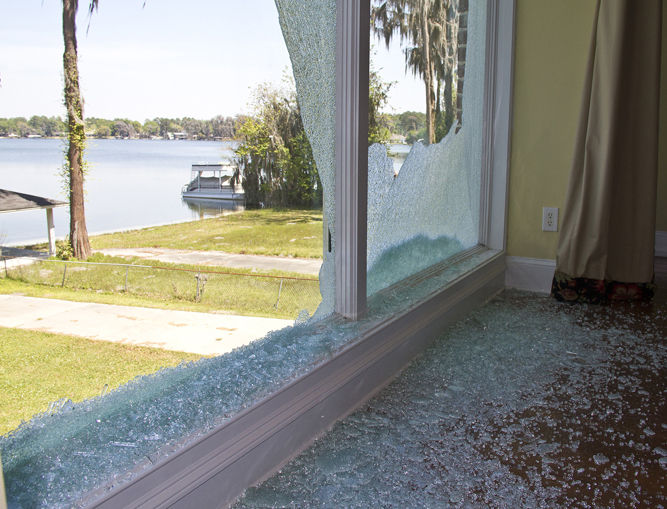 Investigators believe vandals threw furniture at these living room windows. The impact shattered the interior glass of the dual-paned windows.

Bishop Wade McCrae surveys the mess left by vandals who ransacked his Lake Park residence. A damage estimate has not been returned, but it is expected to be in the thousands.

Bishop Wade McCrae stands next to the shattered glass of a shower wall. Every room in McCrae's home was vandalized last week, including the bathrooms.

Investigators believe vandals threw furniture at these living room windows. The impact shattered the interior glass of the dual-paned windows.

The Lake Park Police Department has one juvenile in custody and has identified additional suspects in connection with a string of break-ins that culminated in the ransacking of a local pastor’s home.

Bishop Wade McCrae of Union Cathedral spent the majority of the past week in shock after discovering that his Lake Park home in the 5500 block of Old Highway 41 South had been invaded.

“I feel violated,” said McCrae. “They came in and just dumped everything.”

Lake Park Police Chief James Breletic said investigators determined that the incident likely occurred March 22. The break-in was not discovered until March 25 when a landscaper hired to trim palm trees on the property noticed broken windows and alerted McCrae.

“He called me and said, ‘Bishop, you’re going to want to get down here,’” said McCrae.

McCrae's home was ransacked and vandalised during what investigators believe was an evening of drinking and destruction that began with two other home invasions before the offenders reached McCrae’s house.

The juvenile in custody, along with the other suspects, allegedly broke into the house next door to McCrae’s by entering through the sliding glass door in the rear of the house. They went through drawers and cabinets and tossed things onto the floor but caused little damage. The invaders found alcohol in a cabinet and began drinking, and, at some point, one or more of the invaders urinated on a bed, Breletic said.

The invaders then allegedly took the alcohol and some candles to McCrae’s house which they entered, again, through a sliding glass door at the rear. During several hours, the invaders allegedly ransacked every room in McCrae’s home, destroying furniture, smashing windows, starting small fires with the stolen candles and throwing the entire home into disarray, Breletic said.

McCrae said the damage is extensive. The invaders threw furniture at large living room windows, shattering the inner panes. They smashed glass shower partitions, ripped furniture upholstery, overturned shelves, emptied drawers and bookcases, carved illegible markings into a desk, rummaged through clothes, attempted to start a fire by ripping a gas hose out of the top floor fire place and stole more than $200 worth of electronic equipment, Breletic said.

Lake Park police processed the crime scenes with the assistance of the Lowndes County Sheriff’s Office and were able to obtain DNA evidence left by the invaders, said Breletic.

During their investigation, Lake Park officers interviewed a female juvenile who gave a full confession of her involvement in the incidents and she has been charged with two counts of burglary. She was taken into custody Wednesday afternoon and transported to the Regional Youth Detention Center, said Breletic.

Additional suspects who are already imprisoned on unrelated charges will be questioned and possibly charged at a later date, said Breletic.

McCrae met with an insurance adjuster Wednesday to assess the damage to his home and property. The exact amount is not yet known, but Breletic estimates more than $30,000 worth of damage was done.

McCrae said the Lake Park Police Department did an “excellent job” in investigating the incident and keeping him informed of developments.

“We pulled together and worked together as a team,” said Breletic. “I take every burglary seriously, but I took this one personally because it was connected to a church.”

McCrae will work with volunteers from his church to put the house in order during the next several days but said he now must decide whether to keep the home or put it on the market.

“My wife, she’s a mixture of anger and fear right now, another level of fear,” said McCrae. “She wouldn’t feel safe here.”