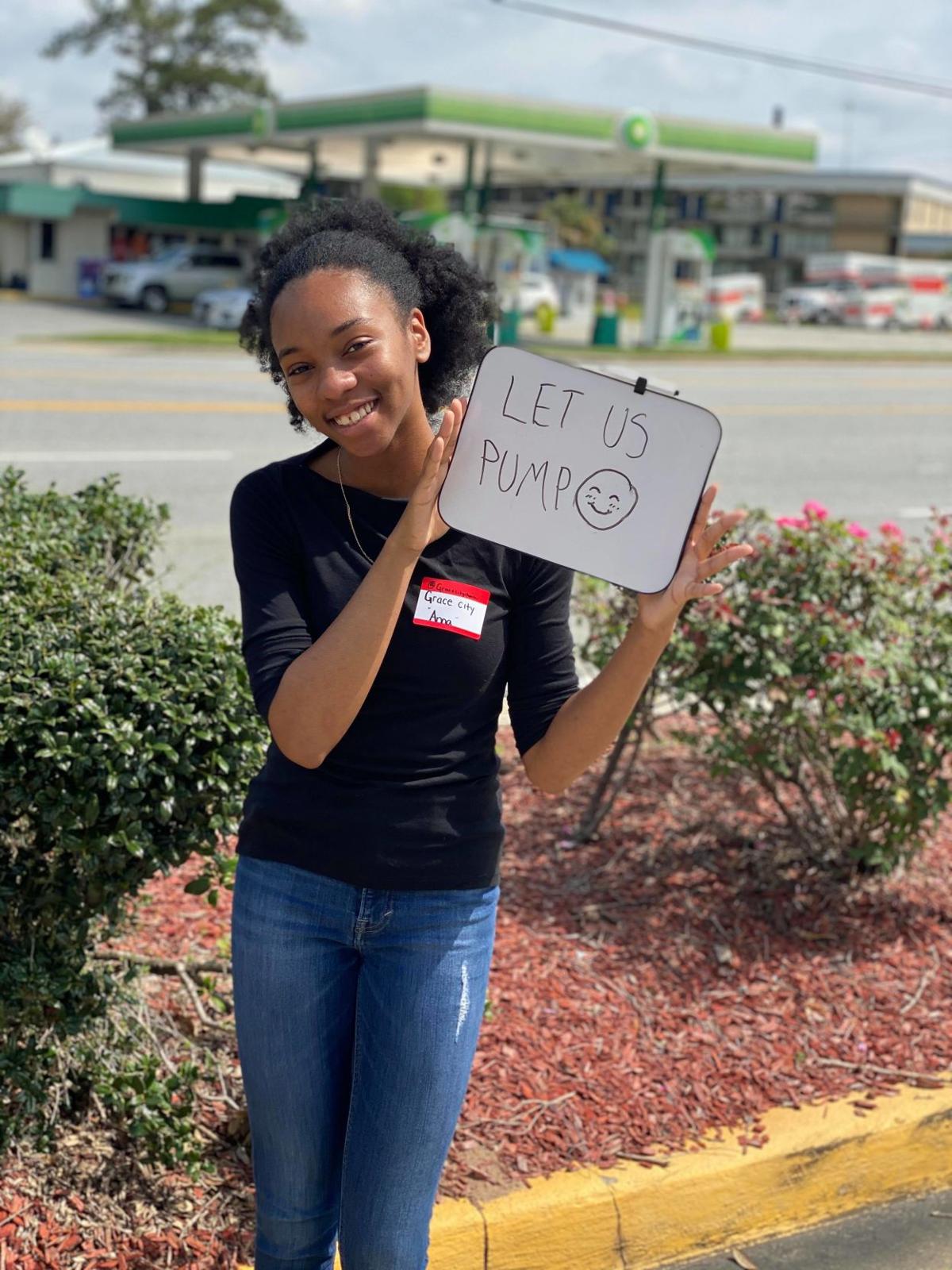 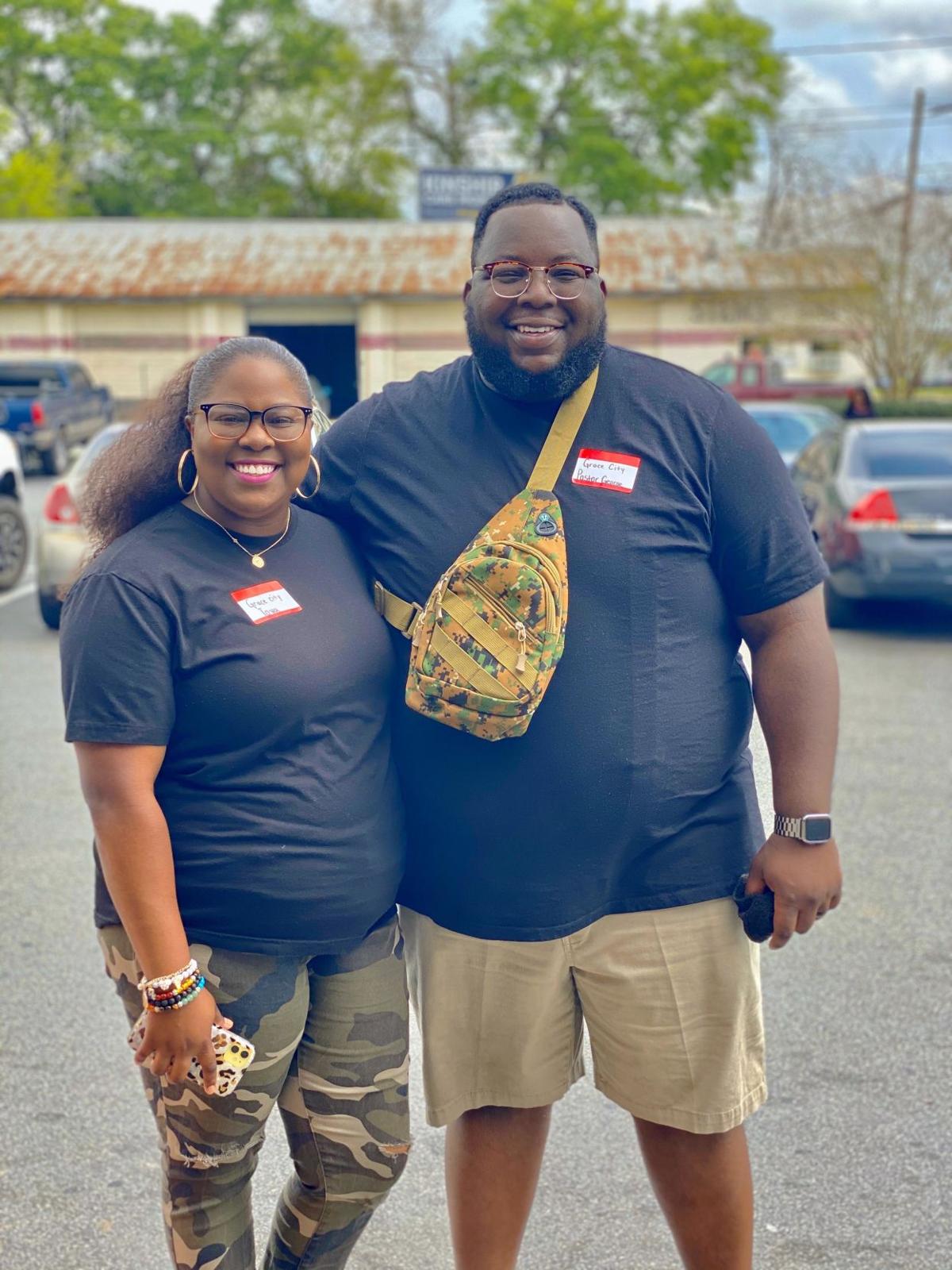 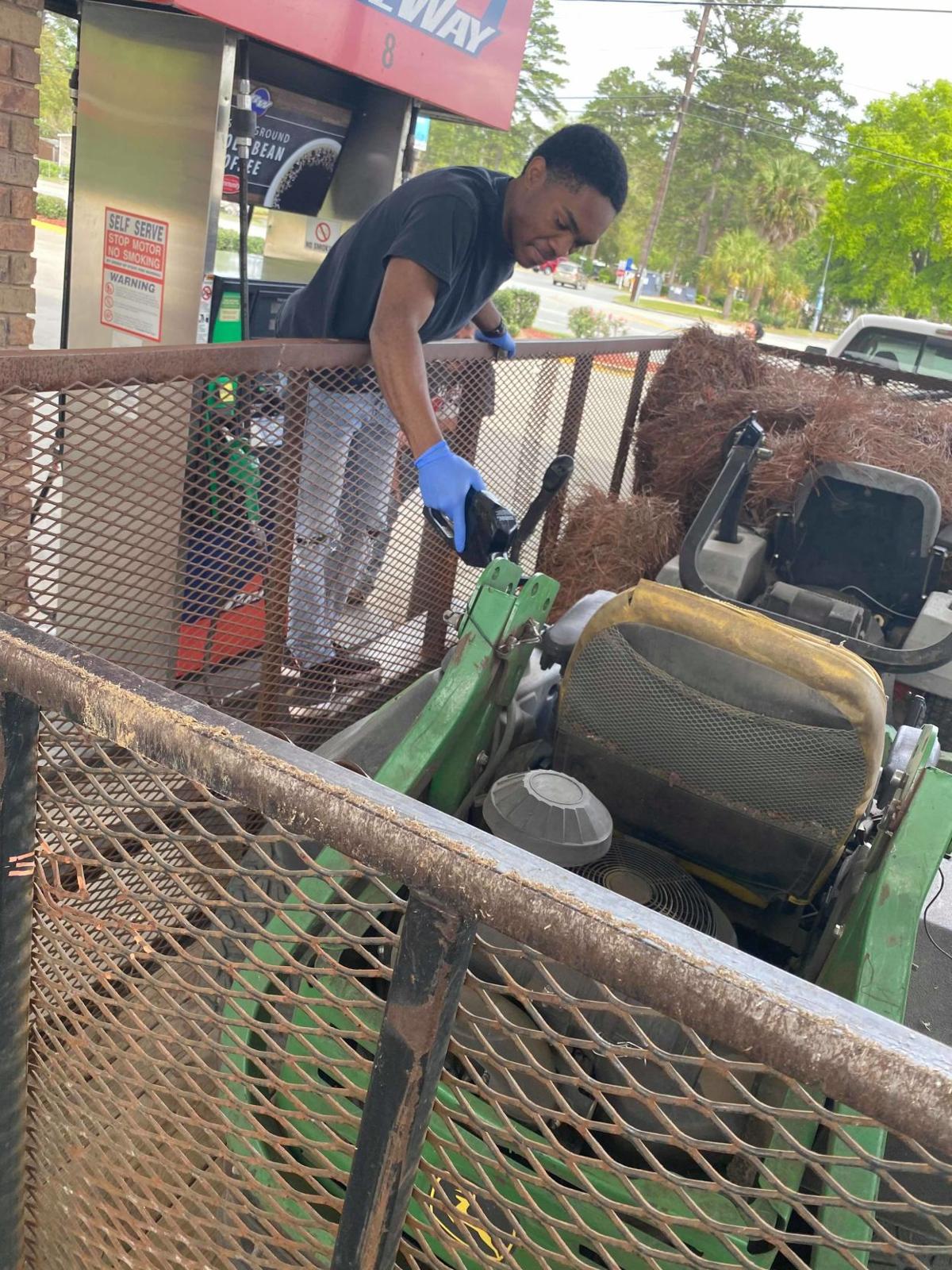 Daniel Copeland, a volunteer from Grace City Church, pumps gas into a lawnmower Monday for a resident. 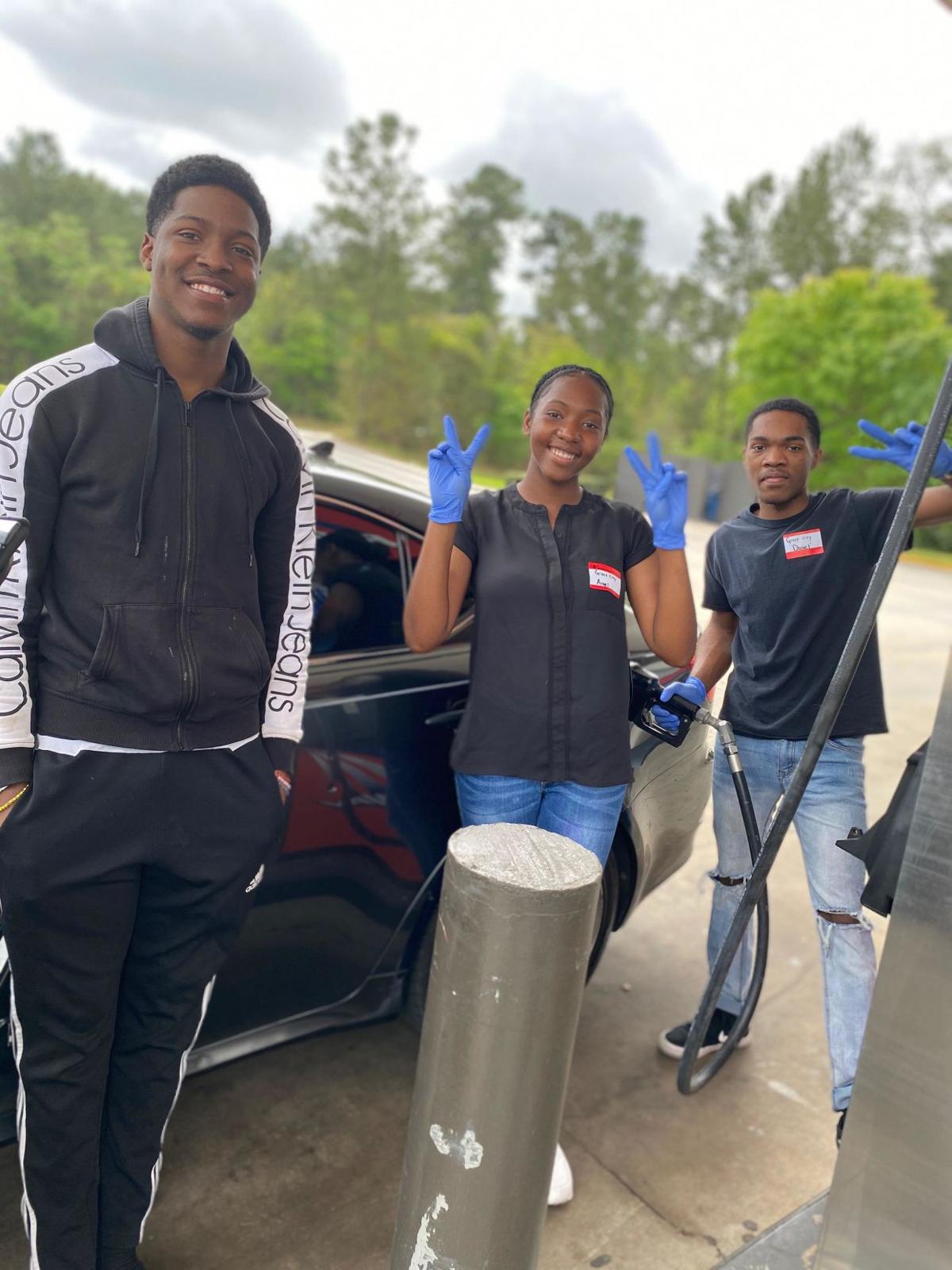 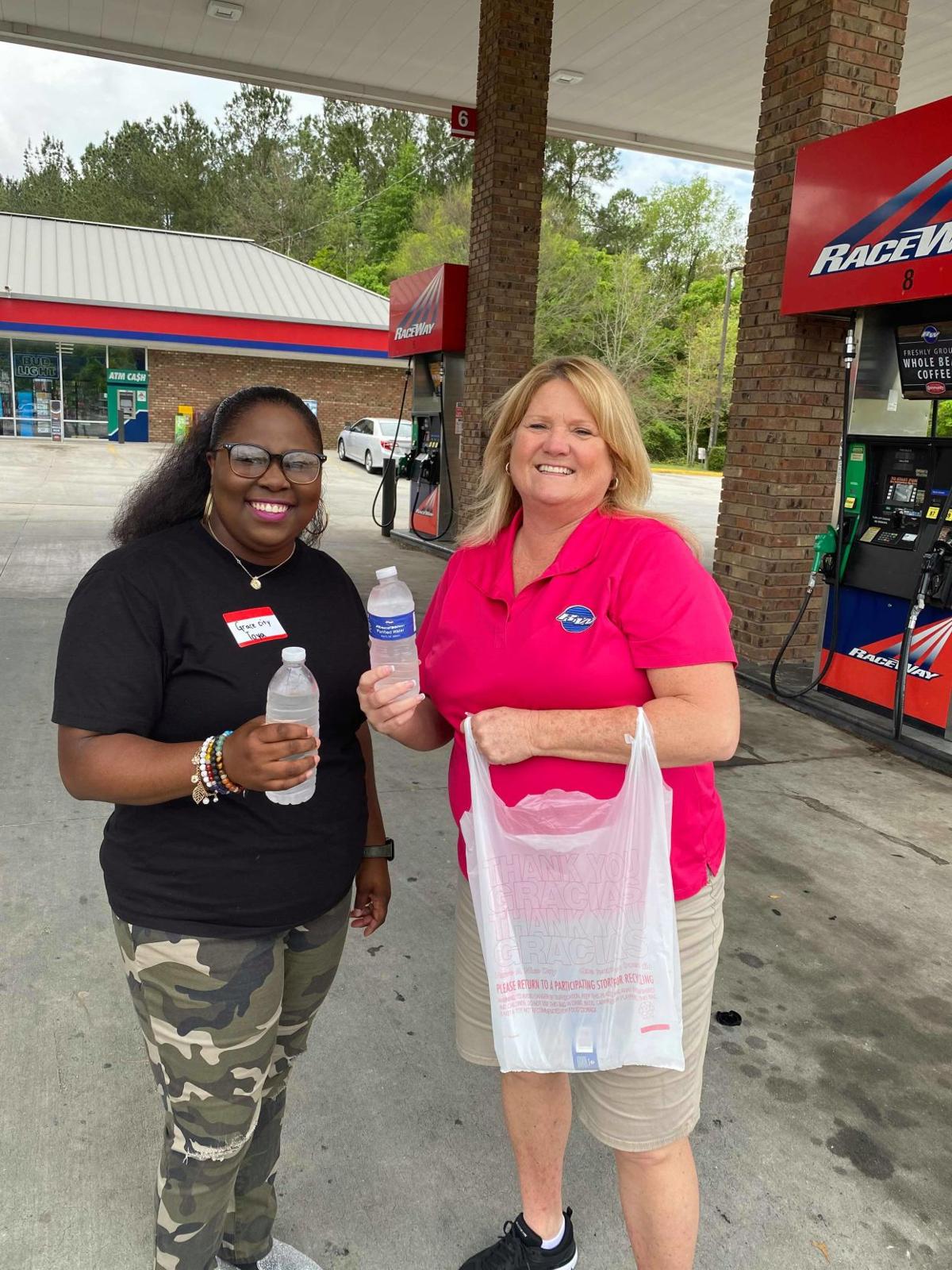 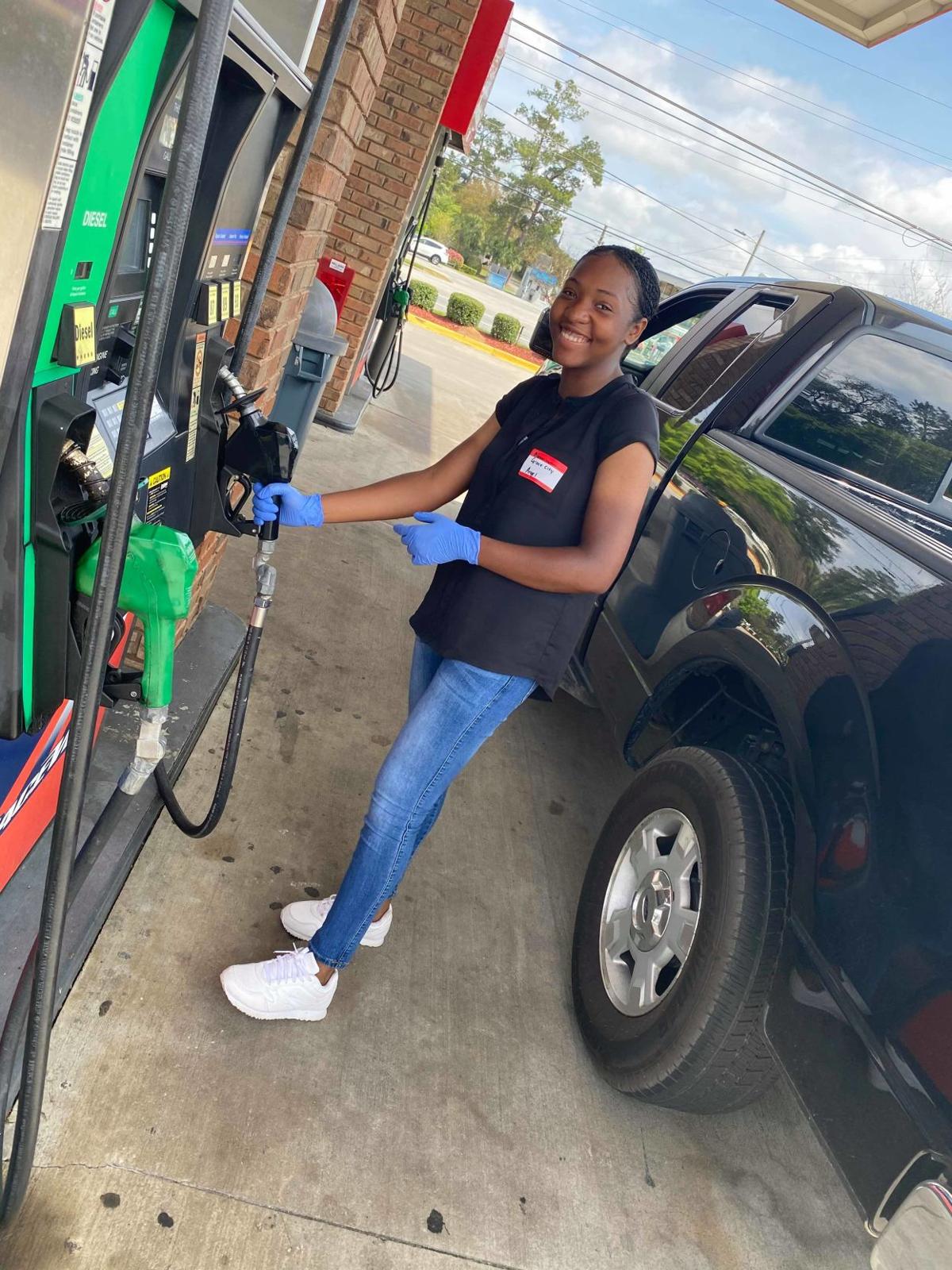 Angel Copeland is a volunteer of Grace City Church who helped the community Monday by paying for and pumping gas, as well as paying for groceries.

Daniel Copeland, a volunteer from Grace City Church, pumps gas into a lawnmower Monday for a resident.

Angel Copeland is a volunteer of Grace City Church who helped the community Monday by paying for and pumping gas, as well as paying for groceries.

VALDOSTA – A church group has decided to help the community through giving during the COVID-19 pandemic.

Some people refused the monetary donations but let church members pump their gas at Raceway, he said. Others initially thought the group was staff.

“It was an amazing reaction,” Foreman said.

He said their approach made residents feel comfortable. The volunteers had a few conversations with them.

One of the people being helped was a male schoolteacher who said he and his family were “in a place that (they) never thought they would be,” Foreman said. The teacher was given more money than expected.

The church also helped parents, some of whom did not want to accept the money, Foreman said, adding their children would express how much they needed it.

One person told volunteers they brought tears “just to know someone is concerned,” he said.

Money for a church trip to Tallahassee, Fla., funded the giveaway. Members decided to help the community instead.

Foreman said he was humbled by the experience.

“I think it’s bringing hope,” he said” I think that yesterday (Monday), it was like a flickering light in the hearts of our citizens. It reminded them that people are concerned.”

Later in the week, Grace City plans to prepare dinner for church members and senior citizens.

He said volunteers plan to help residents with gas and groceries once more, possibly in the summertime. He added there’s a chance for the giveaway to extend to Lake Park.

Like other churches, Grace City turned to solely live-streaming services since Sunday, March 22. The church has less than 50 members.

He urges other church leaders to “find a way to lead in compassion and kindness.”

More information about the church is online at facebook.com/GraceCity2.0.