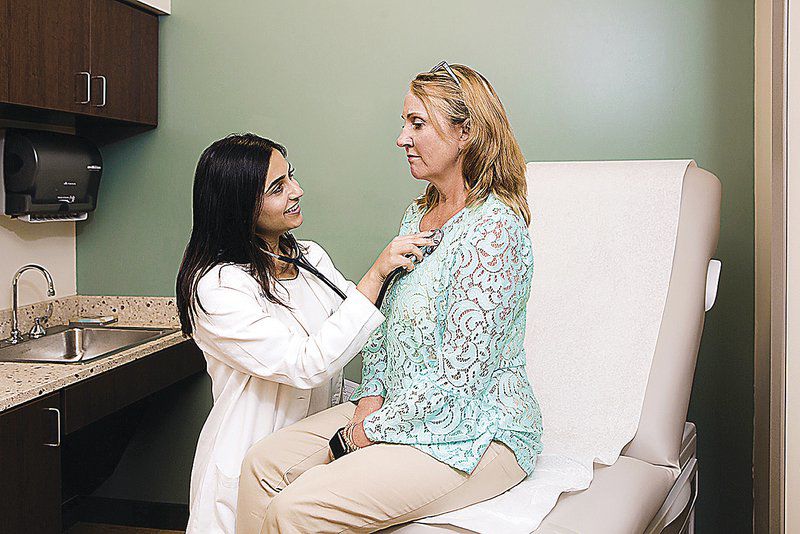 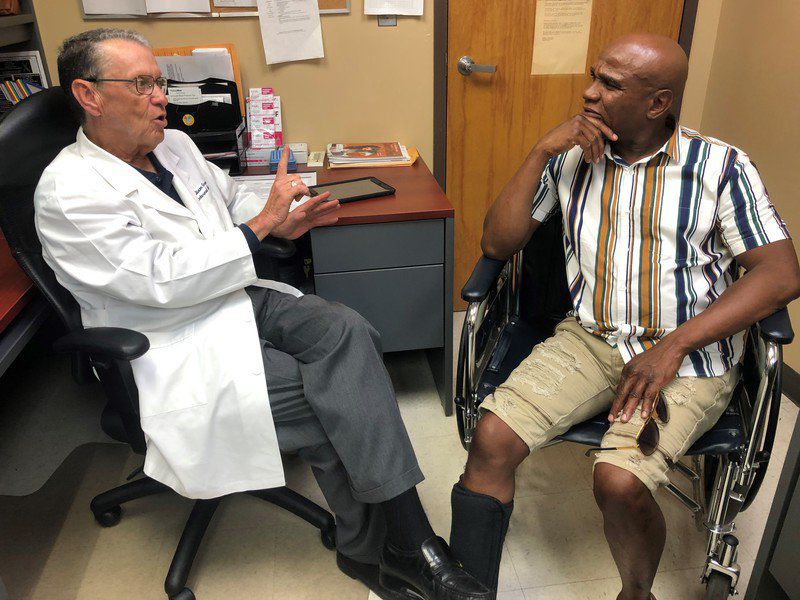 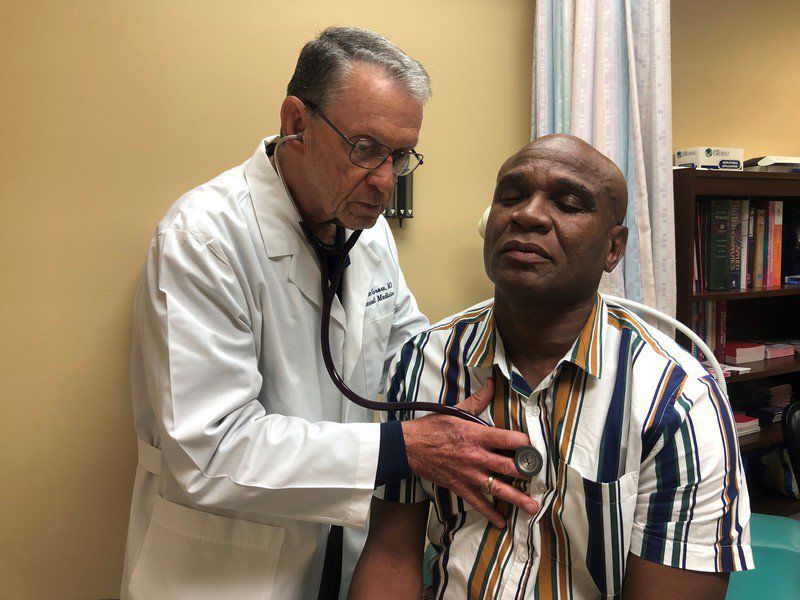 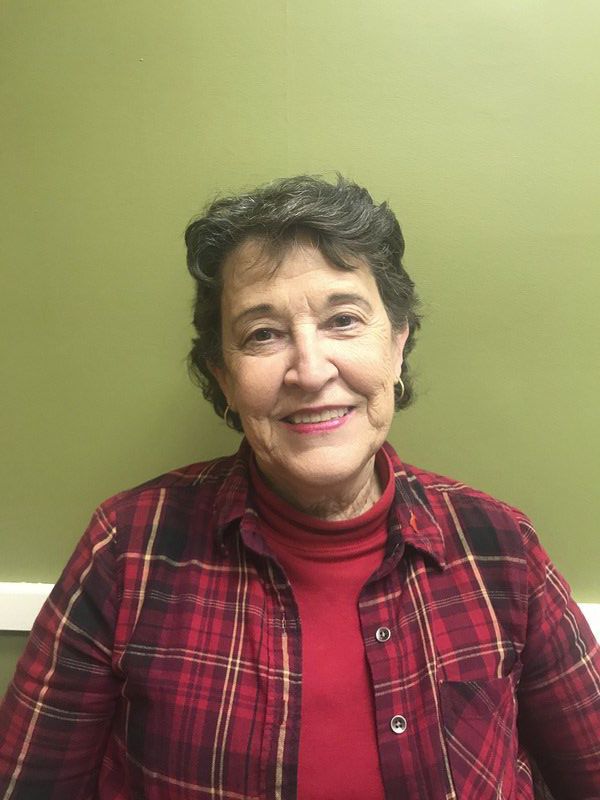 A pediatric cardiologist with Wolfson Children’s Specialty Center, Vining said his medical training didn't emphasize conditions such as high blood pressure because it was not a prevalent issue in children.

If a child younger than 10 has high blood pressure, it's typically linked to other issues, such as kidney problems or heart defect, he said. However, in teens, high blood pressure is increasingly caused by poor diet and lack of exercise.

SunLight Project reporters in Valdosta, Dalton, Tifton, Thomasville, Moultrie and Milledgeville have recently looked into matters of the heart.

It all seems to happen in a heartbeat.

But what happens when the heart begins to fail?

It's a question no one wants to consider, yet is coming to the forefront of health in younger and younger generations.

Dr. Benjamin Toole, a pediatric cardiologist of Sibley Heart Center Cardiology and Children's Healthcare of Atlanta, has spent years practicing in Valdosta. He has also seen younger patients experiencing conditions that until a few years ago were prevalent only in adults.

Genetics is also a cause; on occasion, children who lead healthy lifestyles still have high blood pressure or cholesterol. The cases also tend to be higher in South Georgia and the South, in general, Toole said.

Vining recommends his young patients get outside for 30 to 60 minutes a day and alter their diets.

Heart attacks are rare in teens. Vining has only seen it once in his 10-year career. Still, heart health should be a priority for all ages, even prior to birth.

For moms who have babies diagnosed with high risk for some genetic disorders should be evaluated. Toole said he receives referrals when doctors find something of concern with a baby.

“I tell my patients all the time that I know you think 'Hey, I live in a small town in South Georgia and there's no one around me with a child with heart problems' and I can tell you that is not the case,” Toole said. “A little less than 1% of all kids are born with a heart problem and if you think about an area the size of South Georgia, that's a lot of people. You aren't by yourself.”

“I can remember almost every kid I've helped,” Vining said.

One case in particular happened when Vining was paged to the hospital for a baby girl in the intensive care unit. Upon entering the room, he realized he knew the parents on a professional level, adding more stress to an already high stress situation.

“I felt the stress level get kicked up a notch,” Vining said.

Vining said he identified a critical aortic stenosis, which is a type of developed heart failure. She was transferred to Jacksonville, Fla., where her heart valve was opened and treated.

This little girl is now 3 years old and had her happy ending thanks to the problem being quickly identified and treated.

Sheila Massey Tucker hoped it was only heartburn.

In 2008, the Thomas County resident was participating in a re-enactment of the 145th anniversary of the Battle of Gettysburg in Pennsylvania, where she experienced what she thought was continuous heartburn.

A constant tingling began in her chest, but there was no pain.

She said she was extremely fatigued, her jaw hurt. Her Jack Russell attempted to sniff her chest when the dog sat in her lap.

"I later learned that animals have an instinct for sickness," Tucker said.

She began throwing up the previous night but went to her teaching job at Garrison-Pilcher Elementary School in Thomasville the next morning, Sept. 8, 2008. She threw up again before students arrived. A co-worker took her to Archbold Memorial Hospital.

"I was still in denial of even thinking about having  a heart attack. I just knew I was sick," Tucker recalled, adding she never had sharp pains, only aches.

She thought she was supposed to experience a shooting pain down her left arm and have chest pains, but never experienced either.

At the emergency room, a physician said she had signs of a heart attack.

She said Dr. Richard Kerenski saved her life by inserting a stent and performing an angioplasty procedure. Dr. Bill Ellis is keeping her well.

Today, she is never without a small bottle of nitroglycerin tablets, removes fat from meat, skin from chicken. She eats bacon sparingly. She eats more fruit and exercises by walking.

She is an adjunct teacher at Southern Regional Technical College in Moultrie and substitute teaches at Garrison-Pilcher and at Cross Creek Elementary School in Thomasville.

Tucker said she is glad she can still be a part of shaping children's lives.

"Everyday is so special now," she said. "I am more aware now of beautiful sunsets and sunrises, nature, being more of a better person. I appreciate the support I received from my family and friends when I was recuperating from my heart attack."

What happened to Tucker is not uncommon.

In Colquitt County, heart disease was the leading cause of death from 2013-17. Cancer was second.

According to the Colquitt Regional Medical Center's 2019 Assessment’s Community Health Indicator Report, the heart disease death rate is 210.2 for every 100,000 people which is worse than the U.S. and state’s respective rates of 167.1 and 178.6. This is the rate received from the 2013-17 time period.

A 44-year-old man walked into the South Health District clinic in Valdosta. He had no health insurance.

The patient was sent to the ER from the clinic and was given a prescription he could not afford. Since he couldn't take the medication, he quickly returned to the clinic with the exact same issue.

“It became apparent there was a need for access to care,” Grow said.

A hypertension clinic was opened but lost funding when the economy tanked. Luckily, thanks to donations and grants, the clinic reopened and now it's back to where it was 10 years ago, he said. The clinic focuses on hypertension and diabetes and accepts patients regardless if they have insurance or not.

New clients arrive daily but, as Grow said, a staff can only see so many people. He said he hopes as the need grows, the clinic will grow, too, with new staff and volunteers.

In gender demographics, 60% of the total was African-American women.

While the hypertension clinic's numbers show higher percentages for women, the trend at Archbold Medical Center for actual diagnostic cardiac catheterizations shows 56% men versus 44% women and 69% were white/caucasian.

In November, Colquitt Regional Medical Center announced it would implement a new heart attack prevention and early detection initiative, making it the first hospital in the state to be affiliated with the National Heart Health Program.

This internationally recognized program will focus on coronary calcium scoring, which is a noninvasive, five-minute heart test to check for the presence of calcium in the coronary arteries before a person develops symptoms of heart disease.

“We do a couple of tests that can detect heart disease. One is our calcium scoring test and it’s a CT scan. It’s a quick CT scan — five minute scan — and what that does is highlight arteries with calcium near the heart,” said Dr. Gary Mackie, director of cardiology. “If it’s a certain score, especially if it’s high enough, then you’ll need further testing like a stress test. That’s an indicator that you may have coronary artery disease and that can lead to a heart attack if you don’t get that looked at.”

For the month of February, Colquitt Regional Medical Center will discount the price of coronary calcium scoring — a “noninvasive, five-minute heart test to check for the presence of calcium in the coronary arteries before a person develops symptoms of heart disease” — from $99 to $60.

• Eat less sodium by choosing more fresh and less convenience foods, canned vegetables and soups, salt snacks and cured meats. A person can slowly cut the amount of salt consumed by at least half when cooking.

• Be active 30 minutes or more a day at least five days a week. Even if dividing the periods into 10- to 15-minute sessions, it is important to move. Brisk walking, house-cleaning, lawn care, gardening, dancing, swimming, cycling, walking a golf course or racket sports are all great ways to get this done.

• Lose weight if overweight. Even losing 10 pounds can reduce the amount of stress on the heart. Not to mention, it will help a person feel better.

• Limit alcohol. Drinking more than one drink per day seems to increase blood pressure. Remember, one drink equal 12 ounces of beer, or five ounces of wine or 1 1/2 ounces of liquor.

• Don't smoke. Each time a person smokes, the heart works harder and blood pressure rises. If following the DASH Diet and becoming more active, a person might not gain weight when quitting smoking.

• Take prescribed blood pressure medicine. If a doctor prescribes blood pressure medicine, don't stop taking it. Report any side effects, such as dizziness, nausea or fatigue, to a doctor. There are many medicines to choose from, so a person can always try another one. How a person "feels" will not tell how high your blood pressure is. With time, if eating better and exercising more, a person might reduce medicine dosage, but only with a doctor's OK.

The South Health District and Dr. Grow are promoting healthier lifestyles and discussing dementia, type 2 diabetes and high blood pressure during a series of Mind and Body Wellness Health Fairs. One will be held 8 a.m.-noon Saturday, Feb. 15. Registration can be done online by visiting southhealthdistrict.com or by calling (229) 333-5290.

-Heart Health Month will be in February and Colquitt Regional Medical Center will host a ribbon cutting on February 20 of the new Hufstetler Cardiology, which should bring in more donations to the hospital.

-Feb. 20 will also see a Heart Health event held at the Colquitt County Arts Center, commenting on the Hufstetler Cardiology.

-South Health District Mind and Body Wellness Health Fair will be held Feb. 15 from 8 a.m.-12 p.m. Registration can be done online by visiting southhealthdistrict.com or by calling (229) 333-5290.