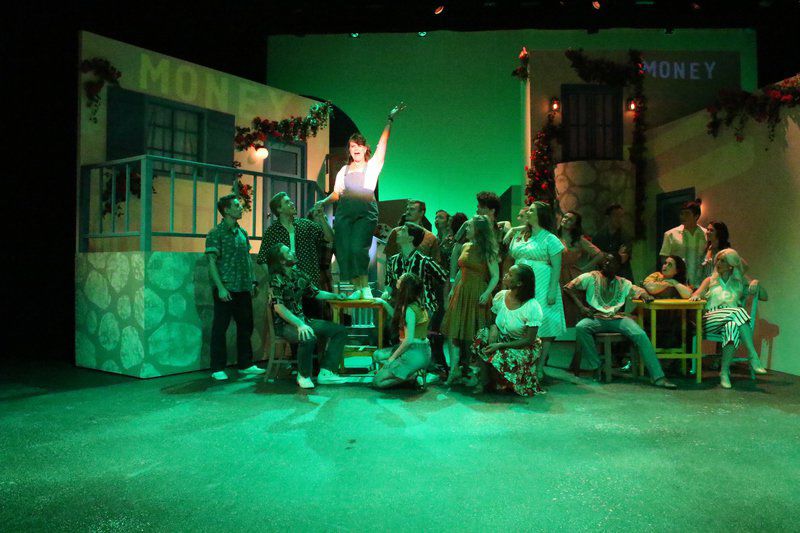 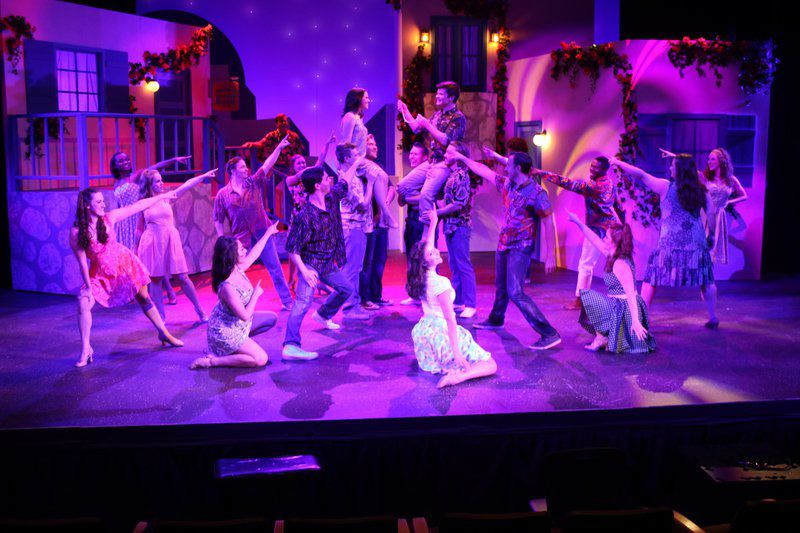 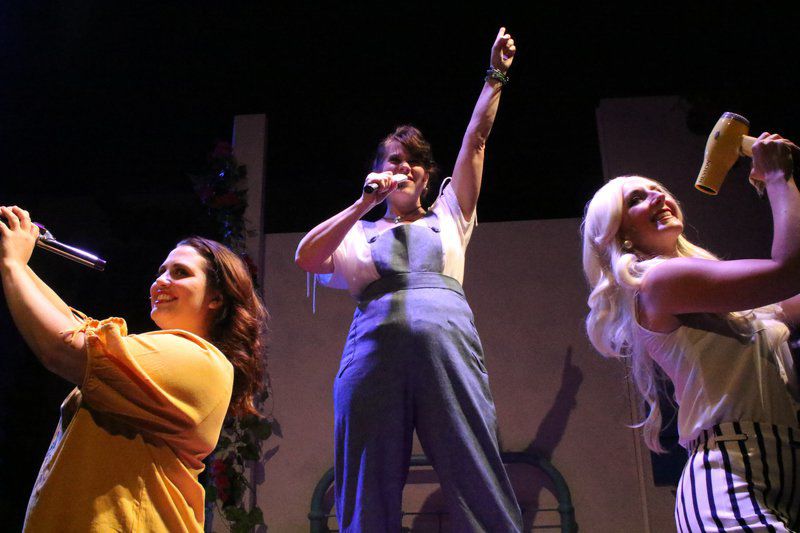 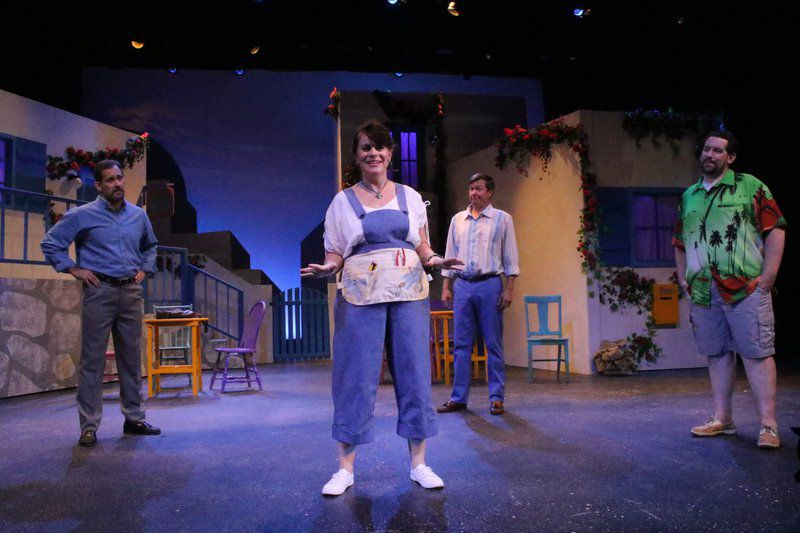 Dean Poling | The Valdosta Daily TimesDonna (played by Kelly Fletcher) believes this 'this must be a dream' as she is unexpectedly reunited with three men from her past — Sam, Harry and Bill (Jim Ballard, Olin Davidson and Joe Mason) — in the Peach State Summer Theatre production of 'Mamma Mia!'

Dean Poling | The Valdosta Daily TimesDonna (played by Kelly Fletcher) believes this 'this must be a dream' as she is unexpectedly reunited with three men from her past — Sam, Harry and Bill (Jim Ballard, Olin Davidson and Joe Mason) — in the Peach State Summer Theatre production of 'Mamma Mia!'

As director of "Mamma Mia!" the opening show for the Peach State Summer Theatre 2019 season, he works three weeks solid, 8:30 a.m.-10:30 p.m. every day, with show choreographer Sarah Wildes Arnett, and the cast of performers.

Rion knows the drill because this isn't his first PSST! show.

He directed "Million Dollar Quartet" last summer and "Ring of Fire" in 2017. Both rock and roll shows. Great preparation for "Mamma Mia!" – a show fueled by the pop hits of ABBA.

The story is engaging. A hard-working, single mother has raised her daughter at their island resort. The daughter has never known her father, but as she prepares to marry, she would like to know who he is. The daughter discovers one of three men is possibly her father. She invites all three to the island to attend her wedding ... ABBA songs ensue.

Meanwhile, the live orchestra plays in a room on the second floor of the VSU Fine Arts Building but the music is piped into Sawyer Theatre.

The live show is the same as the 2008 movie, said H. Duke Guthrie, PSST! managing director. Like the movie, Guthrie warns some parental discretion is advised.

Guthrie said PSST! has designated the 7:30 p.m., July 3, performance of "Mamma Mia!" as the "singalong performance" when the audience is invited to singalong with the cast on stage. The singalong is one date only and audiences will be asked to refrain from singing along during other dates.

People may have a tough time not singing along, with songs such as "Waterloo," "Dancing Queen," "Mamma Mia," "Money Money," "S.O.S.," "The Winner Takes It All," etc.

Rion said the show is every inch a song and dance show. He worked closely with Arnett throughout the planning stages earlier this year and the long days and evenings preparing for opening night.

Arnett had one less day of rehearsal. She arrived the second day after returning from Australia where she competed in the Down Under Crossfit Challenge. She is a Valdosta State University associate professor of dance and has worked with several PSST! shows during the past few years.

The opening of "Mamma Mia!" is the start of the 30th annual PSST! season.

Peach State has been part of Valdosta summers for more than a dozen years. The General Assembly designated Peach State several years ago as the official musical theatre of Georgia.

PSST! operates under the umbrella of VSU Theatre & Dance.

The season opens June 7 with "Mamma Mia!" then "Little Women" opens June 21 followed by "Crazy for You," June 28. The shows then play in rotating repertory through July 21, according to the PSST! 2019 schedule.

"Mamma Mia!" has already sold out its open weekend performances. But no need to send an "S.O.S." just yet. Plenty of performances are still available into July.