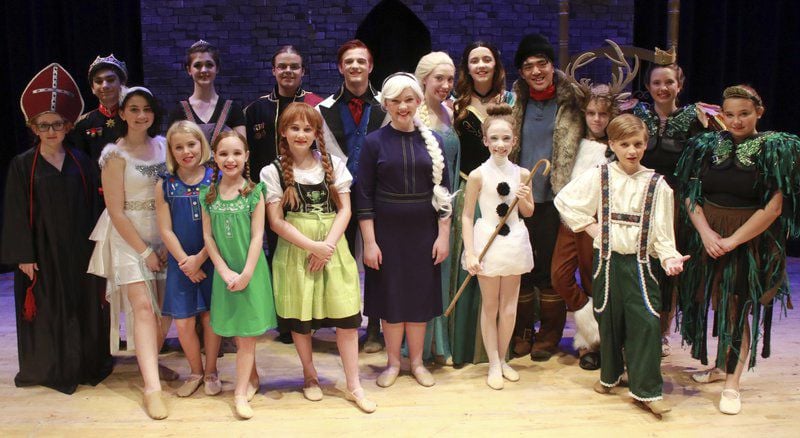 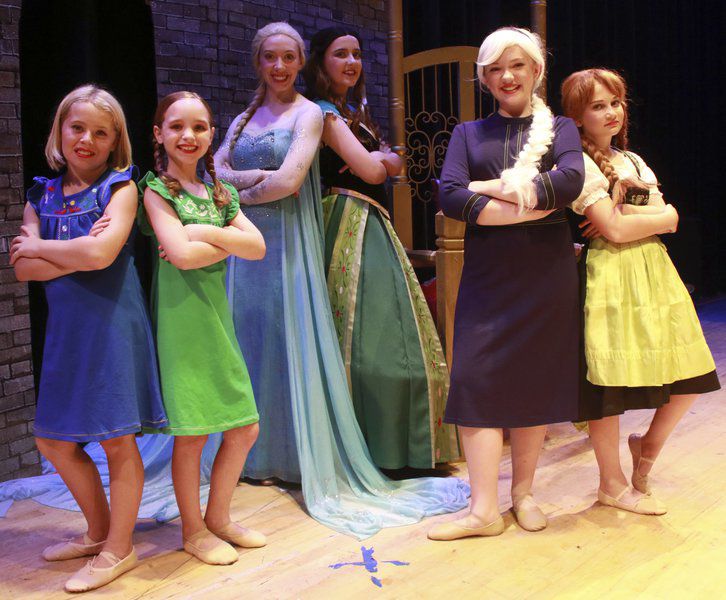 VALDOSTA – Anyone wondering if it's not there because the Drama Kids Theatre Guild production of Disney's "Frozen" is the abridged "Junior" version, director/choreographer Ashley Beck has an immediate answer.

It is included in the show.

It is the song.

The song is here and so are all of the familiar characters.

Forty-eight children and youths, ranging in ages from 5 years old to 16, bring the stage production based on the 2013 animated Disney film to life, Beck said.

With that many young people, Beck faces far more questions than ones about "Let It Go."

People dressed as snowmen, kings and queens, and three versions of Elsa and Anna ask her questions about costumes, where they should stand at a certain moment, why they will be late tomorrow, will rehearsal continue tonight ... Questions and more questions in the moments during a photo shoot.

She answers each question while never losing a step directing scenes for photos.

Parents provide her with plenty of support as do Lu Baxa and Maggie Smith, show producers and Drama Kids founders.

Of course, no one has to ask what "Frozen" is about. As Baxa notes, it was the "top-grossing animated film of all time."

"Join Anna, Elsa and all of your favorite characters as they embark on an epic, ice-filled journey of self-discovery, camaraderie and the real meaning of true love," according to a synopsis provided by Drama Kids. "Adapted for young performers, this musical includes favorite Frozen songs such as 'Love Is an Open Door,' 'Do You Want to Build a Snowman?' and (yes, again) 'Let It Go,' as well as wonderful new songs from the Broadway production. With its empowering message of love and understanding, 'Frozen Jr.' is sure to melt your heart."

The young cast includes youths who have been in past Drama Kids plays and plenty of newcomers.