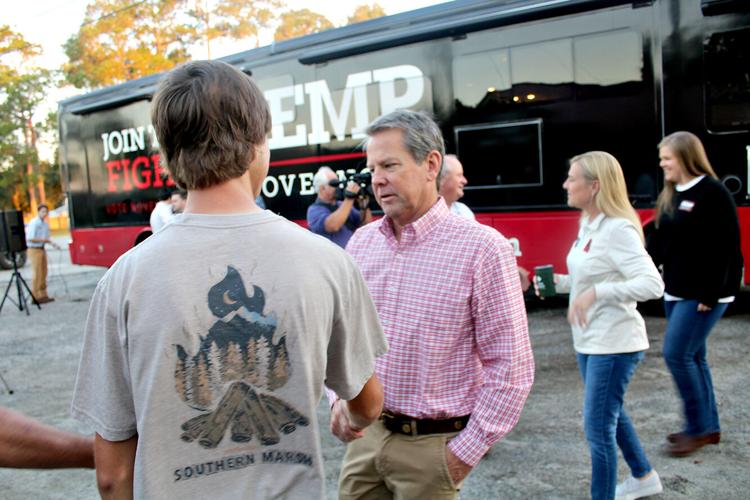 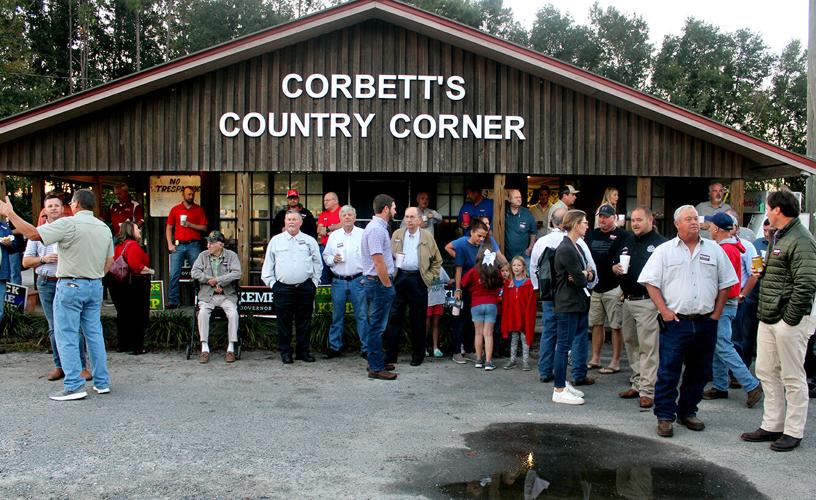 A crowd turned out Friday at Corbett’s Country Corner in Echols County to see the governor.

A crowd turned out Friday at Corbett’s Country Corner in Echols County to see the governor.

His tour bus pulled into Corbett’s Country Corner, an eatery near Lake Park where dozens of supporters had been waiting since before sunrise.

In speaking to the Echols County crowd, the governor took credit for jump-starting the state’s economy early in the COVID-19 crisis, allowing businesses to reopen much earlier than some people wanted.

“I made the decision to open the economy back up and I never wavered. The second wave (of COVID-19) came through and I never wavered,” he said. “We said ‘no’ to (Stacey Abrams) and we didn’t listen to what everybody else was saying.”

Kemp also defended his drive to reopen schools as soon as possible during the pandemic, saying experts were telling him that kids were joining street gangs for lack of anything to do as far as school extracurricular activities.

The governor did not take questions from the press Friday.

This wasn’t the governor’s first visit to this corner of Echols County; in 2019, he signed a bill legalizing industrial hemp production at Corbett’s Country Corner.

Terry Richards is the senior reporter for The Valdosta Daily Times.