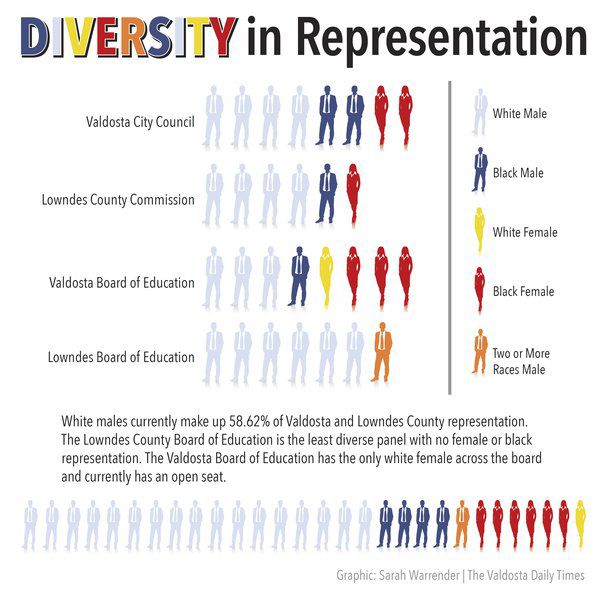 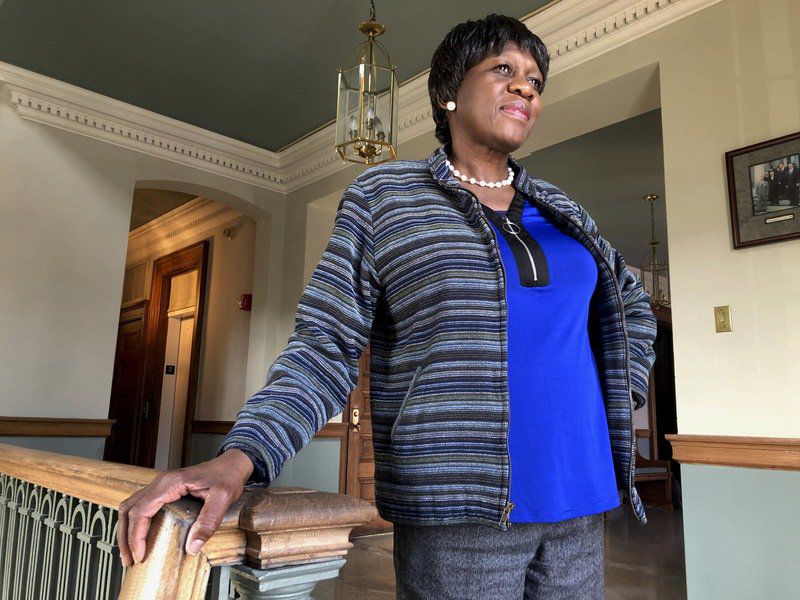 Thomas Lynn | The Valdosta Daily TimesValdosta City Councilwoman Sandra Tooley said the city could do "a little bit better by opening its arms a little bit wider and show people that they are welcomed." 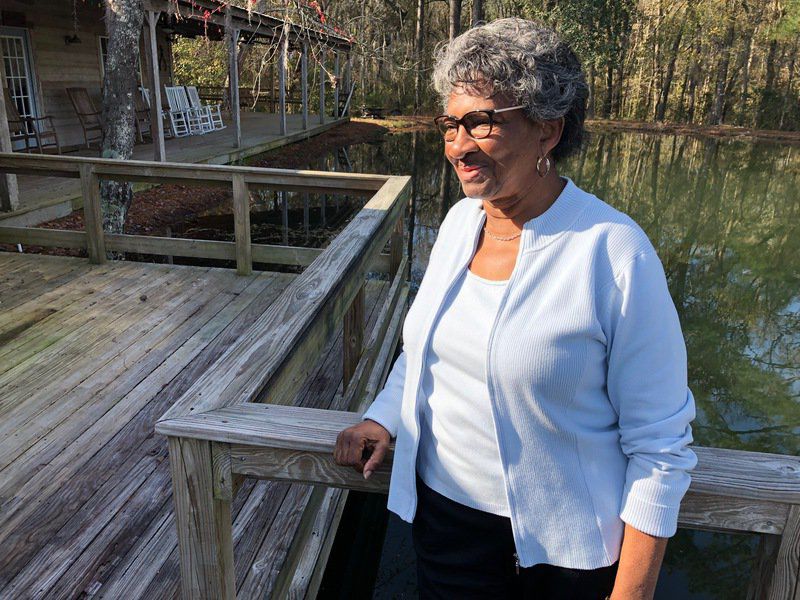 Thomas Lynn | The Valdosta Daily TimesLowndes County Commissioner Joyce Evans is one of two black county commissioners and the only female. She said she was elected with the support and encouragement from her community. 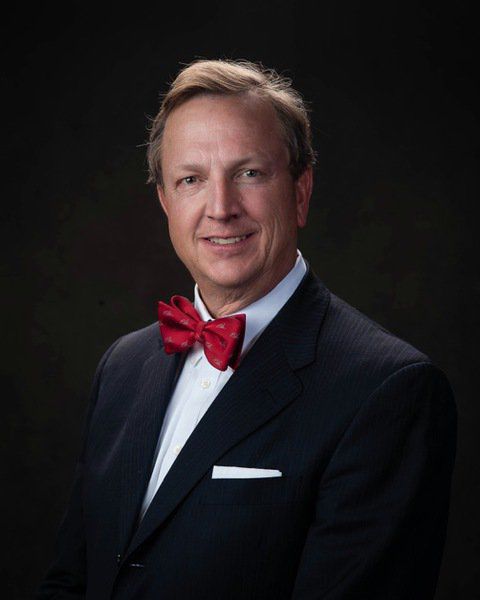 SubmittedThomasville City Council member Jay Flowers said the absence of a female member on the city's governing body is concerning. 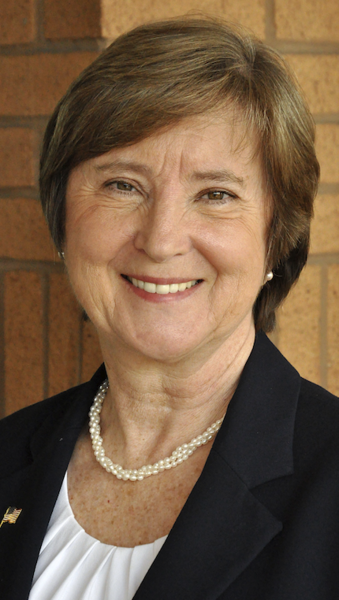 SubmittedWhitfield County Board of Commissioners Chairman Lynn Laughter said when she moved to the county back in the 1980s she was "surprised by how little diversity there was.”

Everywhere she looked in her community on the south side of Valdosta there were problems without solutions, it seemed.

When she drove around the city, she saw an imbalance between her part of town and the north side of town. Her side seemed to be tumbling backward, forgotten, while the north side grew and flourished.

It was clearly unfair, she said.

"I saw the disparity of how the city was maintaining one side versus another," Tooley said. "As a citizen, I wanted just as much representation as any other citizen got. That just seemed fair."

She was elected to the Valdosta City Council in 2013 and reelected in 2017. She is now mayor pro-tem, while also running a community center on the south side of town and working as a registered nurse at South Georgia Medical Center.

Tooley and Councilwoman Vivian Miller-Cody are the two black women representing the City of Valdosta and one of four black representatives on the city council. The other four members, including the mayor, are white males. There are no white females on the council.

Women running for election gained national attention during the 2018 midterm election, which was the most diverse in the history of the United States, according to a New York Times analysis.

More than 400 women, people of color and LGBT candidates challenged the status quo last year, and on election night, a record number of women were elected to the U.S. House of Representatives, including the first Native American women and first Muslim women.

This wave of diversity doesn't just come from nowhere. It starts in every community across the country and grows from there.

Female and minority representatives bring a voice, so often left silent, to the forefront. The process of that voice being heard starts with communities, governments and individuals encouraging and empowering them to speak up.

The SunLight Project team – representing Valdosta, Thomasville, Moultrie, Milledgeville, Dalton and Tifton, Georgia – looked at how well women, minorities and other parts of the community are represented in local governments.

Every time Tooley ran for city council, a man ran against her.

In the South, the "good ol' boy" system is typically blamed for white men running everything. It acts like a barrier, sometimes visible and other times invisible, preventing anyone who isn't in the system from being elected.

"It's taken for granted that men run the city or the business. Women stay at home," Tooley said. "There are barriers. A woman has to show more strength. She has to make sure her closet is cleaner than anyone else's closet. She is held to a much higher standard."

She said when she ran for office, everyone judged her outfits, her driving and anything else she did, but didn't give the same level of scrutiny to the men who ran against her.

With the support of her community, she prevented this extra level of scrutiny from defeating her. She wasn't running for office for herself but for everyone in her community, for her community members who came to her asking for her help, she said.

When it comes to getting people to run for office, the community has a lot to say in the matter.

Lowndes County Commissioner Joyce Evans said her community pushed her to run for Valdosta City Council against nine men back in the 1990s.

A social worker for 28 years, Evans spent her professional life pushing people to get involved in the community and helping them get their benefits from the state and federal government. Running for an elected position was her putting her money where her mouth was.

She lost her bid for city council, but her community wasn't ready for her to give up just yet, she said, and rallied behind her for another run, but this time for the Lowndes County Commission.

A young mother whom Evans helped get her GED told her to run for office again. But Evans said she wasn't really interested in running at the time.

"She called, though, and asked if she could come by sometime," Evans said. "She came by and said 'Ms. Evans, you tell us that God grooms us for the things he wants us to be great at, and I'm sure he is tired of grooming you.'"

Evans is one of two black county commissioners and the only female. All other commissioners are white males. Like the city council, there are no white females.

Across the SunLight Coverage area, the reporting has shown white women are under represented in city and county governments. They are more represented on boards of education.

On city and county boards, black woman are more common, and Tooley accredited that to black women being pillars in their communities.

"Black women can get things done," Tooley said. "We are nurturers. We take care of our families and my community is my family. But I had to tell them, 'I need your help, if I'm going to get this thing done.'"

Now, after two successful runs, she said there have been real improvements with the city and how it represents women and minority groups. She also said there is more room to improve.

The same barriers and extra scrutiny exist, but Tooley thinks it is up to representatives like her and the other city council members to support women and minorities.

"We need to give them hope and encouragement," Tooley said. "The city can do a little bit better by opening its arms a little bit wider and show people that they are welcomed."

Thomasville City Council member Jay Flowers said the absence of a female member on the city's governing body is concerning.

"That's what we're missing more than anything is a female and that perspective," Flowers, 60, said.

One's life experiences are important, because the experiences determine how one approaches situations and responsibilities, Flowers said.

Flowers believes minority groups are already heard more and government is more responsive to their concerns than in the past.

"The community came forward, which made the council more conscientious," he said.

When a homogenous group makes all the decisions, Flowers said, the group will soon veer from community interests at large.

Not Just a Black and White Issue

Whitfield County Board of Commissioners Chairman Lynn Laughter said when she moved to the county back in the 1980s she was "surprised by how little diversity there was.”

According to census numbers, the county was 96 percent white, with blacks accounting for virtually all of the rest.

"I could not believe how small the black population was," said Laughter, who was elected the county's first female commission chairman in 2016.

During the last 35 years, Whitfield County has become more diverse, thanks to a surge in the Hispanic population as immigrants from Mexico and Central America found jobs in local carpet mills.

But the Board of Commissioners and the Whitfield County Board of Education remain all white, and except for Laughter, all male.

Laughter said she doesn’t know why blacks and Hispanics haven’t cracked through the barriers to elected office more quickly.

"Why was I the first female chairman after all these years?” she said. “I welcome diversity. I'd like to see more women and more minorities serving. But to get elected you have to run, and we just haven't had many women and even fewer blacks and Hispanics run. I don't know why. I've encouraged people to run but they just haven’t."

Diversity Can be Found

In Moultrie, the city has a white male mayor and the city council there is among the most diverse, made up of two black women, a black man, a white woman and two white men. The city population is about 50 percent black.

The Colquitt County Commission is a different story with six white men, one black woman and no black men or white women.

By contrast, the Colquitt County Board of Education includes three white women, two white men and one black woman. The demographics of the county population is predominantly white.

Still, just up the road in Tifton, the mayor is a white woman and city council is made up of three white men and one black man.

Ironically, the board of education in Tift also includes a black woman, a black man and five white men. The school superintendent, hired by the school board, is a white man.

Countywide, white residents account for 53 percent of the population, while black residents make up 42 percent and Latinos and Asians accounting for roughly 2 percent apiece.

In the city limits, white and black residents share roughly equal numbers with 48 and 47 percent respectively, with Latinos and Asians making up most of the remainder.

On the Milledgeville City Council and Baldwin School Board, six districts are split 3-3 both by white/black and male/female representatives, while the county board of commissioners includes two black and three white representatives with only one female.

When it comes to monitory representation in city and county government, County Commission Chairman Tommy French said although blacks and women make up large portions of Baldwin’s elected bodies, he thinks there is still a way to go.

“I think there could be somewhat more diversity at the top level,” French said of the city and county governments.

While representation is split fairly even between the county’s men, women and most prevalent racial groups, French said he hopes to one day see more age diversity in local government.

“It’s a difficult task,”French said referring to reaching out to all of the county’s demographic groups.

The SunLight Project team of journalists who contributed to this report includes Thomas Lynn, Charles Oliver, Eve Guevara, Patti Dozier and Will Woolever. Editors are Jim Zachary and Dean Poling. To contact the team, email sunlightproject@gaflnews.com.