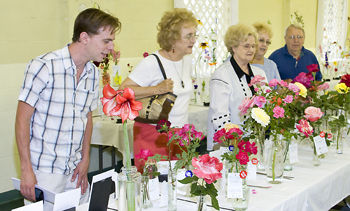 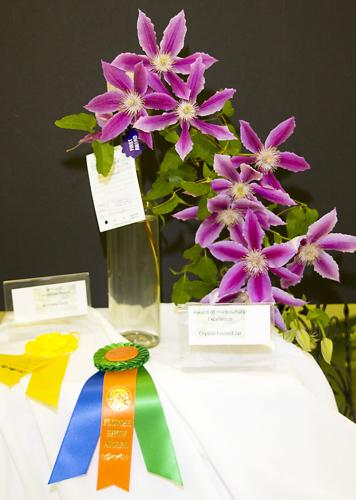 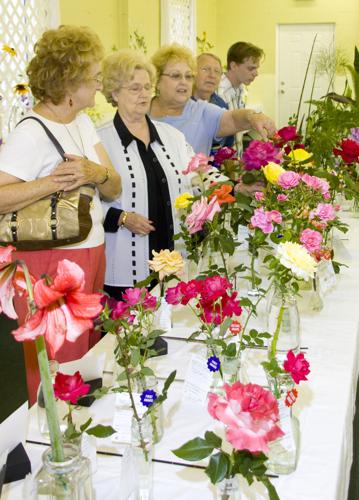 VALDOSTA — The Crescent is bringing guests “Inside the Garden” this weekend. The Garden Center, Inc. of Valdosta’s standard flower show wraps up its final day of flowers and fun today from 1-4 p.m. The theme of this year’s show is “Inside the Garden.” Show Chairman Vickie Johnson took this year’s top honor, the award of horticulture excellence with her clementis plant. Though Johnson has been a garden club member for 10 years this is her first gardening award, she said. “I’ve never won a horticulture prize ever, in a flower show,” Johnson said. “I am so excited.” Johnson said she originally joined the club under false pretenses. The late Boots Singletary had spoken so fondly about the friendships developed in the garden club, Johnson decided to join. “She said they were like an extra family,” Johnson said. “I knew nothing about plants, at the time I couldn’t care less.” It didn’t take Johnson long to become hooked on flora though. “They are nature’s super heroes,” Johnson said. “They feed us, cloth us, shelter us, nurture us with their beauty and if you plant them where they belong, all on they need is God’s grace to thrive.” The garden clubs and the flower show are great places to discover new plants and sometimes even get them for free, she said. “We share the plants and share the knowledge,” Johnson said. Johnson along with others have marveled over Japanese Maple clippings and a Japanese Painted Fern submitted by Susan Grooms during the garden show. The garden show, which is free and open to the public, also has educational exhibits about various horticulture concerns such as garden pests. The garden show has approximately 400 entries grown by local gardeners. In addition to the horticulture, the show will feature 36 floral designs completed by area amateur designers. The Crescent is located at 904 N. Patterson St.